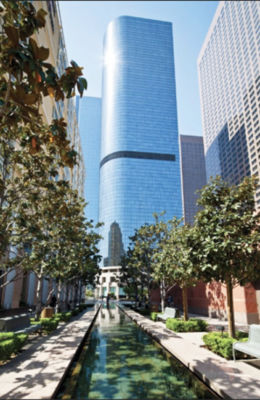 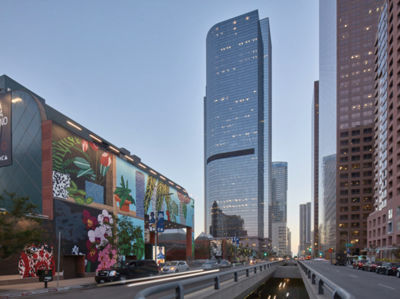 One California Plaza was completed in 1985 and features more than one million square feet of office space over 42 floors. Designed by Arthur Erickson Architects, the tower was named Building of the Year by the Building Owners and Managers Association (BOMA) in 1989.

Two California Plaza officially opened in 1992 during what was a notable slump in the Los Angeles commercial real estate market. The building opened with only 30% occupancy during a time when downtown office space vacancy neared 25% overall. The entire California Plaza project was completed in ten years at a cost of $1.2 billion.