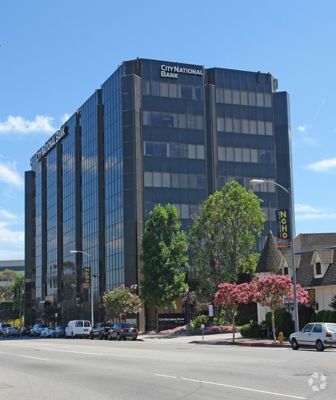 Within North Hollywood is the famous NoHo, a walkable neighborhood known for its bohemian vibe and is home to many contemporary theaters, art galleries, and cafes.

Cushman+Wakefield puts North Hollywood within the Tri-Cities office market. The Tri-Cities area saw a 59.3% increase in leasing activity in Q1 of 2021 from Q4 of 2020. However, the activity in Q1 still fell far below the average leasing activity for this market. Though this area usually attracts Tech & Media companies, a legal company signed the largest direct new lease of the quarter.

Currently, the Tri-Cities area has more than 24.6 million square feet of total inventory, with a 15.6% overall vacancy rate. While most cities list office rental properties’ prices by square foot per year, Tri-Cities’ listings (along with listings across the broader L.A. metro area) are expressed in monthly terms. The overall asking rent for all classes in North Hollywood, which is included in Tri-Cities, is just over $3.30/square foot. Class A office spaces are only slightly more expensive to rent at just under $3.50/square foot.

What Our Brokers Say about North Hollywood Office Space

North Hollywood is home to Universal Studios and the historic El Portal Theatre. It boasts a strong business scene, housing a variety of small businesses across a number of industries including entertainment, healthcare, insurance, advertising, real estate, and technology.

Check out the following three popular commercial buildings in North Hollywood or contact one of our brokers for more leasing options.

4605 Lankershim Boulevard: The City National Bank Building rises 8 stories into the sky and covers 109,329 square feet of space. It was built in 1973. Besides City National Bank, this building also provides space for the talent agency DDO Artists Agency (which also has locations in New York and Chicago) and mortgage loan company LBC mortgage.

Get to Know North Hollywood

Airbnb calls North Hollywood “quiet, hip, and residential” and says the neighborhood is known for its art galleries, nightlife, and parks. The North Hollywood Recreation Center, which includes an auditorium—indoor and outdoor baseball diamonds, and a children’s play area—and the Valley Plaza Recreation Center are two popular recreation areas in the neighborhood. As for the best places to eat lunch in North Hollywood? We recommend visiting Prioshki Bakery Bros Cafe, Hollywood Pizza Cafe, EAT, or Hungry Habanero on your lunch break, all of which are recommended on Yelp.

North Hollywood is still growing and changing. The neighborhood’s continuing evolution is driven by the 743-acre North Hollywood Development District and the NoHo Common projects.

Considering North Hollywood for your next office space, but also want to explore the surrounding area? Check out some of the nearby neighborhoods that you may want to consider in your office space search.

Van Nuys: Van Nuys is the only San Fernando Valley neighborhood with a population of more than 100,000 people. Because of its abundance of warehouses and industrial spaces, many manufacturing companies operate in Van Nuys. Office spaces tend to lease for around $2.74/square foot per month, while Class A spaces cost around $3/square foot per month.

Toluca Lake: Toluca Lake is a San Fernando Valley neighborhood located northwest of Downtown. It derives its name from the private natural lake maintained by nearby property owners. One of its prominent office buildings, 4130 Cahuenga Boulevard, currently offers many direct and flexible leasing options.