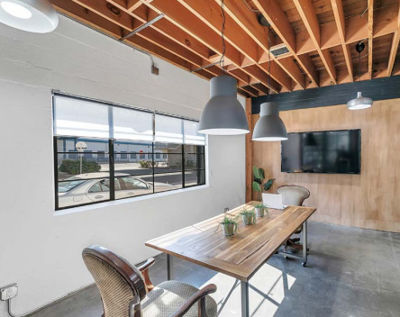 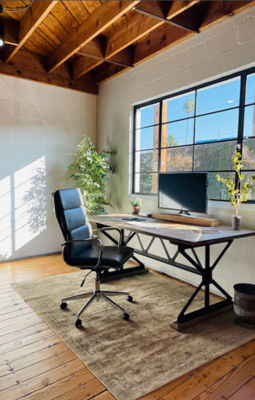 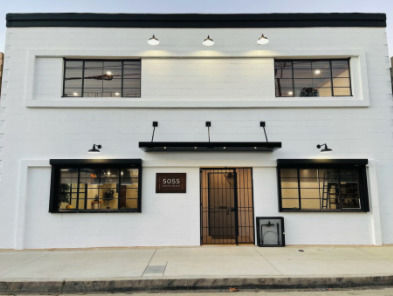 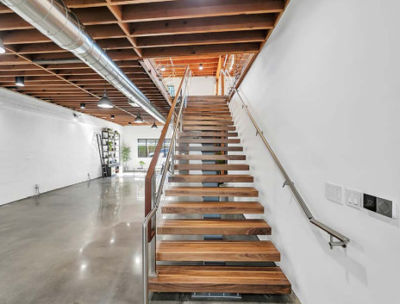 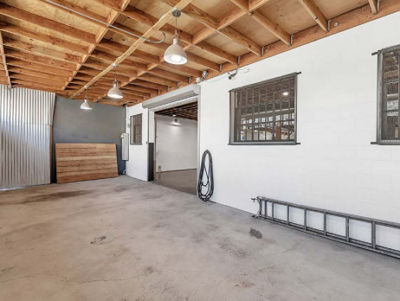 Affluent and ever-growing, West Adams is one of South LA’s finest, most diverse, and hippest destinations. West Adams is small and community-driven, and homeowners and visitors from across the greater LA region fill this urban-suburban mixed neighborhood. Enjoy the open-air spaces, cute coffee shops, an above-average public school system, and plenty of West Adams office spaces for rent.

With around 23,000 residents, this neighborhood is quaint enough to keep employees focused at work while offering plenty of restaurant options for office lunches and meetings. Nightlife gets even better in West Adams, and you can often see employees frequenting happy hours and rotating through bars on any given night.

Overall, West Adams offers many amenities and local charm, ideal for any small or large business looking to start a new location. Read on to learn more about office space in West Adams. Get ready to fall in love with one of LA’s most charming neighborhoods.

West Adams is part of the South Los Angeles region, just south of Downtown LA. In Q4 2021, the vacancy rate for commercial space in DTLA increased 250 bps year-over-year to 23%. Outside of Downtown’s CBD, the overall vacancy rate for Q4 2021 sat at just under 30%. Despite growing vacancies as a result of work-from-home trends, LA’s entire downtown area saw more than 1 million square feet of space leased in 2021.

In 2021, one of the most significant leasing agreements in the Greater Los Angeles region took place when Fabletics signed a lease for 137,000 sf in El Segundo. Additionally, the District and NFL Media Center delivered a combined 768,053 sf of new office space.

What our brokers say about West Adams office space

West Adams has one of the largest collections of historic houses and small mansions west of the Mississippi. Nearby to Culver City, West Adams is relatively inexpensive compared to its tech neighbors just next door. The Expo Line makes commuting accessible and convenient.

For better or worse, the neighborhood constantly changes, presenting opportunities to many while turning others away due to skyrocketing home prices. Commercial development rises as margins increase, making West Adams office space desirable to new buyers.

Entering an office environment in West Adams allows you and your employees to reap the benefit of all modern LA has to offer. With abundant transportation and access to local highways, you’re never too far from Universal City, Hollywood, and other hotspot LA neighborhoods.

5670 West Jefferson Boulevard: Surrounded by various other creative tenants, this office places you in the heart of West Adams. The available plug-n-play creative office opportunity allows access to a sawtooth roof, high exposed ceilings, and concrete floors. Tenets get access to one large conference room, seven small conference rooms, and an outdoor patio.

4406 West Jefferson Boulevard: Completely rehabbed, this building places you within walking distance to Farmdale Station. This West Adams office building features abundant parking, exposed ceilings with skylights, polished concrete floors, and a full kitchen. With many new office buildings nearby, this space is highly sought after and popular among young professionals.

From soul food to authentic barbeque, West Adams indeed has a restaurant with your name on it. With West Adams’ heavy community feel, many residents know each other by name, and this sentiment is reflected in the homey amenities offered around the neighborhood. As one of the oldest neighborhoods in LA, West Adams plays a significant role in defining the atmosphere of LA as a whole, capturing that atmosphere within its small borders.

Local-food lovers flock to the Wellington Square Farmers Market, a local mainstay every weekend. Blue 8 is West Adam’s dance and parkour studio, where you can find athletic residents and visitors showing off their athletic talent at a range of skill levels. Westside Neighborhood Park, while tucked away, offers a lovely destination for weekend reading, child playdates, and taking in a warm atmosphere.

West Adams provides easy access to I-10 and plenty of train stations and bus stops for public transit commuters. The neighborhood is as charming and lively in the day as it is at night, making it a popular destination for out-of-towners once they’ve gotten off work.

Moving your business to a West Adams office space allows you to take advantage of the lush streets, booming shopping scene, and vibrant nightlife.

Valley Village: One of the LA valley’s cultural centers, Valley Village ranks among California’s best places to live. With a distinctly urban feel, this neighborhood is perfect for those looking to grab a quick bite – and maybe a drink – after work hours. Among others, Valley Village and Laurel Plaza create fantastic shopping destinations on the weekends.

Baldwin Hills/Crenshaw: This neighborhood of 33,000 mostly home-renters gives off an urban vibe. Many young professionals are among these renters, and you can often see them frequenting local coffee shops and parks on their lunch breaks. Baldwin Hills ranks highly in nightlife, public schools, and diversity.

If you’re in the market for West Adams office space – or office space in the surrounding areas – contact SquareFoot today.