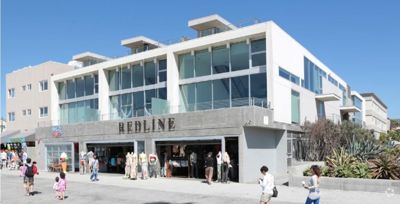 Originally founded in 1905 as a beach resort, Venice, Los Angeles, used to be called the “Venice of America” in a nod to the famous northern Italian city. Venice existed as an independent city until 1926 but has since become an incorporated part of LA’s Westside region. Venice is best known for its beach, the iconic Venice Beach Boardwalk, and its canals. The Venice Beach Boardwalk, also called the Ocean Front Walk, is the second-most visited place in Southern California, drawing in more than 10 million visitors each year and around 30,000 visitors per day.

Throughout Q1 of 2020, leasing activity across Los Angeles plateaued, while available subleases continued to rise. However, a few sizable leases were signed. The market does appear to be recovering, with reports of an expected increase in smaller tenant leasing activity. In Los Angeles West, one of the names for the region where Venice lies, leasing activity rose throughout Q1 of 2021. Roku signed the region’s largest transaction of the quarter, relocating to a 58,403 square foot space at Colorado Center in Santa Monica. Q1 2021 became the fourth quarter of consecutive occupancy losses in LA West.

Venice, Los Angeles, is part of the Westside (another name for Los Angeles West) submarket, which contains 55.7 million square feet of total commercial real estate inventory. Overall, 14.7% of office spaces are vacant and available to new renters. Office space seekers can expect to pay around $5.20 per square foot per month. While most cities post office rental properties’ prices by square foot per year, Westside’s listings are expressed by square foot per month. Most of Westside’s office inventory is Class A. On average, it rents for $4.3/square foot. Plenty of Class B property is available, too. It is slightly cheaper to lease, averaging $4.24/square foot.

What Our Brokers Say about Venice Office Space

Though Venice does offer plenty of traditional office space, be aware that commercial space seekers will also be able to choose from plenty of coworking, per-desk, and short-term lease options. Venice has a thriving small business community and the office options to go with it.

Ready to look at some office buildings in Venice, LA? Our brokers suggest reading about the following commercial real estate rental options in the neighborhood:

1627-1639 Electric Avenue: 1627-1639 Electric Avenue is a four-building creative complex that offers 20,984 square feet of total commercial real estate space. The complex is located near Abbot Kinney, which GQ Magazine called “The Coolest Block in America.” Right now, all five spaces that are available to lease there are 1,100 square feet in size.

Get to Know Venice

Venice has only one local news source, the Venice Current. The dedicated staff covers the happenings specific to Venice.

Venice offers the best of LA’s glamor. Work hard in the office, walk a few steps, then play hard on the beach. Some office buildings in Venice even come equipped with showers that were installed just so employees could step off the beach, rinse off the sand, and go straight to work. Venice office space renters have a unique opportunity to experience work-life balance in an incredible way.

If you like Venice and want to consider office space in neighboring areas, here are a few office markets you may want to check out:

If you would like more information on Venice or Westside office space, contact us. We can help you efficiently approach your search to find the best options and choose the right fit for your business.