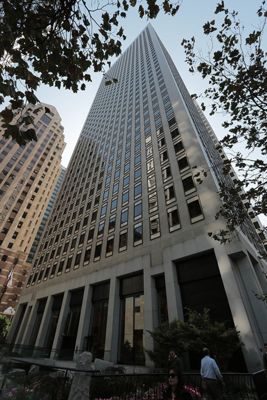 Downtown San Francisco is the heart of the city and not only the quintessential tourist attraction but also an exciting place to do business. Its exact boundaries are debated, even among locals, but most commercial real estate brokers consider the Financial District and South of Market to be within its borders. The Financial District area is generally full of activity constantly during the week and slightly quieter on weekends; the South of Market area is very large with some gaps in activity because of construction.

Downtown San Francisco is an economic powerhouse for both financial giants and leading-edge technology companies. It contains some of the world’s most well-known tech firms and all six of San Francisco’s Fortune 500 companies. Some of the country’s most lucrative and forward-thinking businesses have headquarters or offices here, including Twitter, Pinterest, LinkedIn, Dropbox, Yelp, Uber, Airbnb, Salesforce.com, McKesson, and PG&E.

Downtown San Francisco boasts a massive inventory, with more than 59 million square feet of commercial real estate in total across the neighborhood. Of that, approximately 7.5% is vacant and up for grabs. Though prices vary accordingly depending on what part of the area one searches for office space, prices for office space rental average $76 per square foot.

Downtown San Francisco offers plenty of Class A, Class B, and Class C office space options. On average, businesses can expect to pay $76.47/sqft for Class A space, $73.60/sqft for Class B space, and $73.18/sqft for Class C space. Downtown’s numerous office space offerings are only increasing; there is more than 3 million square feet of commercial real estate under construction in the area.

What Our Brokers Say About Downtown San Francisco

Downtown is located in the northwestern end of San Francisco, and much of its border is San Francisco Bay shoreline. Nearby neighborhoods include Chinatown, North Beach, Nob Hill, Russian Hill, Mission District, Potrero Hill, Hayes Valley, and more. Downtown’s South of Market is a particularly large neighborhood that includes several distinct sub-neighborhoods, such as South Beach, Mission Bay, and Rincon Hill. Downtown contains both the West Coast’s finance center and one of the nation’s most thriving technology communities. It’s also known for its wholesale markets houses many of the city’s most popular museums.

Like the rest of San Francisco, Downtown locals have many options for public transportation. The San Francisco Municipal Railway, or MUNI, provides numerous bus and rail lines with a variety of stops scattered throughout the neighborhood. Another popular choice is the Bay Area Rapid Transit, or BART. Market Street on the South of Market end of Downtown has its own dedicated transportation called the F-Line Streetcar. Other bus options include Greyhouse, AC Transit, and Golden Gate Transit. The Golden Gate Ferry is available for getting across the water, and those who need to travel by air can get to the San Francisco International Airport in 15-30 minutes by car, depending on what part of Downtown they are leaving from. Downtown residents who choose to travel by car will find they have easy access to the area’s many nearby neighborhoods. Cycling and walking are also common transportation choices in Downtown, but heavy traffic can make those options risky.

Downtown San Francisco’s rich character and history extend to its office buildings. Every building seems to have a story, and some of them are more than 100 years old. For example, Columbus Tower, also called the Sentinel Building, was constructed in 1907. It was originally a space for stand up comedy then became a commercial space. Star Wars creator George Lucas founded a film studio called American Zoetrope, which is a tenant in the building today, along with PBS, Pixar, and NPR. Another famous building is the Transamerica Pyramid, the city’s second tallest skyscraper. It’s both a tourist attraction and home to ATEL Capital Group, Rembrandt Venture Partners, and Bank of America Merrill Lynch.

Downtown San Francisco is a huge area with varying character and amenities depending on what part of the neighborhood you’re in. No matter where your business puts down roots, you’ll be able to find nearby places to eat or get coffee with coworkers and customers. In the South of Market area, check out Zero Zero, Barcha, and Salt House. In the Financial District area, look up Per Diem, Boulevard, and Tadich Grill. The large neighborhood has a proportionately large number of parks to explore. Get some exercise and scheduling a walking business meeting through Sue Bierman Park, Empire Park, Yerba Buena Gardens, Victoria Manalo Draves Park, or AT&T Park, whichever is closest to the office. Downtown isn’t just a tourist attraction; it’s also a wonderful place to live. Business owners and employees alike will love being part of this thriving community.

San Francisco was established in 1776 by Spanish colonists, who named it after St. Francis of Assisi. The first area to be developed was The Presidio, an area northeast of Downtown. The two industries Downtown is best known for—finance and technology—both arose during one of the United States’ gold rushes.

In the early twentieth century, the California Gold Rush put San Francisco—and eventually the Financial District in particular—on the map as a major finance center of the West Coast and the nation as a whole. That characteristic was solidified in 1929 when the stock market crashed. Financial institutions went bankrupt everywhere, but not a single bank in San Francisco failed. In 2017, the Global Financial Centres Index designated San Francisco as the sixth most competitive financial center on the planet.

A second “Gold Rush” occurred in the past two decades with the rise of the .com boom—that is, the vast increase in technology, Internet, and social media-based companies in San Francisco, especially in the South of Market area of Downtown. The area has been designated for even more updates and developments, and more office spaces are currently under construction. Big-name companies like Google and Dropbox are there, but it’s also home to numerous startups pioneering new ideas in the field of technology.