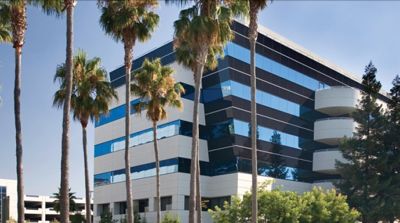 West San Jose is the westernmost district in San Jose, California. San Jose, one of the world’s wealthiest cities, is the largest city in Northern California, and is known as the unofficial “Capital of Silicon Valley.” The Silicon Valley region is comprised of major cities Palo Alto, Santa Clara, Mountain View, and Sunnyvale, and is widely considered to be the global hub of technology and innovation. Overall, Silicon Valley is home the headquarters of more than 39 Fortune 1000 businesses, more than 225,300 tech jobs, and boasts the highest average tech salary in the nation. It also accounts for one-third of the nation’s venture capital investments.

The West San Jose office submarket is considered part of the West Valley/Campbell region. In total, the region holds nearly 2.7 million square feet of office space inventory. On average, those seeking office space in West San Jose can expect to pay just over $4 per square foot per month for rent. The amount of space in the West Valley/Campbell submarket is distributed somewhat evenly between Class A and Class B space, with a bit more Class A real estate. However, development of additional Class A space is underway. Asking rents for Class A spaces come in at just above $4 per square foot per month, while Class B space rents come in just below $4.

What Our Brokers Have to Say About West San Jose

West San Jose lies southeast of Cupertino; south of Santa Clara; northwest of Campbell; and northeast of Saratoga. The submarket is about a 15-minute drive from Downtown San Jose. West San Jose is perhaps best known as the home of San Jose’s most famous landmark, the Winchester Mystery House, a 132-year-old mansion that was the former home of late heiress Sarah Winchester. Visitors can learn about the history of the mansion and its widowed owner, as well as take in the bizarre construction of the house, which is famous for its many staircases that lead to nowhere.

Stevens Creek Boulevard is the major thoroughfare in the district, and San Tomas Expressway and State Route 17 are both located nearby. The best local public transportation options are the VTA Light Rail and Bus and Caltrain. The VTA Light Rail is both fast and affordable, and can deliver passengers throughout San Jose and to Mountain View and Campbell. Caltrain is heavily frequented by those who travel north to San Francisco for work—it also offers service to the Gilroy Outlets, for those who are in the mood to do some shopping. The San Jose Airport is less than twenty minutes away.

Though Downtown San Jose is close by, locals and travelers can find many great things to do right in West San Jose. Restaurants, shopping, and outdoor activities are all located within the district. Some of West San Jose’s recommended restaurants are Le Papillion, Mizu Sushi Bar & Grill, A Slice of New York, and Tacos Santiaguito. Aside from Stevens Creek Boulevard—one of the primary shopping streets in Silicon Valley—West San Jose also has other shopping destinations; Santana Row, the Westgate Mall, and El Paseo de Saratoga are all nearby.

Those who are health-conscious will delight in the fact that San Jose is one of the nation’s healthiest cities. Take advantage of the idyllic weather and go for a hike to see views of the mountains, the ocean, and the sprawling redwood forests.

San Jose has the third-highest Gross Domestic Product per capita in the world; only Zurich, Switzerland, and Oslo, Norway, have higher per capita GDPs. San Jose is an ideal place for world-renowned tech corporations, encouraging innovation and attracting numerous startups. One of San Jose’s claim-to-fame is its high number of patents—residents of this South Bay Area city produce more patents than any other city in the nation. Even Apple is moving here; the tech giant purchased 16.3 acres of space in North San Jose, where a new Apple campus will be developed.

The land that now makes up the City of San Jose was originally settled in the 18th century. San Jose became the state’s first civilian settlement when it was founded on Nov. 29, 1777, as El Pueblo de San José de Guadalupe. In 1850, it also became the state capital.

San Jose is no longer the capital of California, having been replaced by Sacramento. However, in 1990, people began referring to San Jose as the “Capital of Silicon Valley.” Silicon Valley became extremely well-known in the ‘90s with the rise of the Internet and the subsequent establishment of internet and technology startups in the region such as Amazon and eBay. Today, the area is home to a long list of big-name companies like Google, Facebook, Apple, Netflix, Tesla, and Visa.

Most of the popularly-known history pertaining directly to West San Jose has to do with the Winchester Mystery House. This Queen Anne Style Victorian mansion is listed on the National Register of Historic Places. Those who visit the residence learn about the history of the estate and its former owner Sarah Winchester, hoping to see one of the ghosts that are rumored to haunt the grounds.