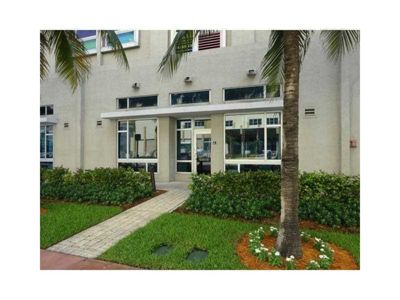 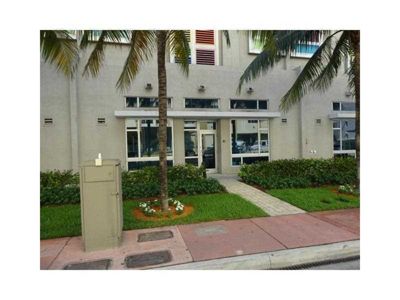 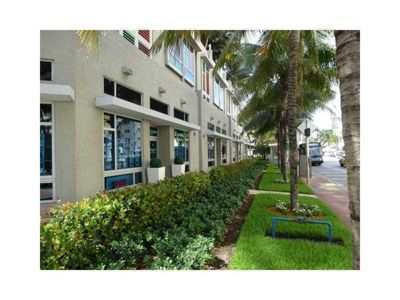 Miami Beach is an island city built on a cluster of natural and man-made barrier islands with Biscayne Bay and Miami to the west, and the Atlantic to the east. It is connected to mainland Miami by a series of bridges and accessible by Miami-Dade Transit, and along with Downtown Miami and the Port of Miami, forms the commercial center of South Florida.

Miami Beach is known primarily as a resort city. It has been a top beach destination in the United States since the early 20th century, and its vibrant arts scene, including the Miami City Ballet, the Miami Beach Festival of the Arts, and the annual Art Basel Miami Beach art show, draws thousands of visitors each year.

However, Miami Beach is not just a destination for snowbirds and tourists. As of 2010, it boasted a population nearing 90,000, with nearly 40% of residents aged 25-44, and a median age of 40. Miami Beach’s oceanfront setting, accessibility from mainland Miami, and dedication to maintaining its artistic ethos as it develops make it an attractive environment for young creative professionals.

Because Miami Beach is an island city, there are supply constraints when it comes to office space for rent. As of Q2 2018, no new inventory was currently under construction. Wynwood–Edgewater is a much more active submarket for businesses to find and lease office space.

In 2017, Miami and Ft. Lauderdale overtook Austin as the number one hub for startup business activity, and in 2018, Miami has emerged as the top coworking city in America, based on the percentage of overall commercial real estate occupied by coworking spaces. Miami Beach is home to WeWork Lincoln Road and Büro South Beach, both of which offer suites for small entrepreneurial teams as well as individual stations.

What Our Brokers Say About Miami Beach Office Space for Rent

Miami Beach is an idyllic market with an artistic bent, a growing entrepreneurial culture, and international appeal. Public transit and bike-friendliness are a plus for workers who don’t want to battle Miami traffic, and views of the Atlantic and Downtown Miami are a striking addition to any office space.

The restaurant scene in South Beach is so beloved and acclaimed, it is ranked separately from the rest of Miami Beach. Yardbird Southern Table and Bar is said to have some of the best fried chicken in the country.

The uninhabited stretch of land that became Miami Beach was first purchased in 1870 by father and son Henry and Charles Lum. The first building erected on the property was the Biscayne House of Refuge, built in 1876 to provide food, water, and assistance to shipwrecked people. In the 1880’s, a failed coconut plantation became a development opportunity for investor John Collins, who bought out other investors, planted avocados, and by the early 20th century had plans to develop the island as a beach resort.

By 1912, the Miami Beach Improvement Company was founded, and the Collins family was dredging Biscayne Bay for landfill, clearing native growth, and constructing a wooden bridge to connect the island to the mainland, all in preparation for their resort development. After dredging and filling, the island had grown from 1,600 to 2,800 acres.

The construction of a bridge to the mainland kicked off a real estate boom, promoted by Carl Fisher and his publicist Steve Hannagan, famous for promoting Miami Beach as a beach playground similar to Atlantic City and running a billboard in Times Square with the taglines “It’s always June in Miami Beach,” and “Miami Beach, Where Summer Spends the Winter.”

This first real estate boom ended with the 1926 Miami Hurricane, but small investors continued to develop the island throughout the 1930’s, leaving behind a vast collection of Art Deco architecture. The Art Deco Historic District was listed on the National Register of Historic Places in 1979.

Economic expansion after World War II brought an influx of immigrants from the northern United States, and Castro’s rise to power in 1959 prompted a wave of Cuban refugees who have had a lasting impact on the demographic makeup and culture of South Florida.

Getting to, From, and Around Miami Beach

Miami Beach is rated Very Walkable and Somewhat Bikeable by Walkscore, with the most walkable and bikeable areas being Flamingo-Lummus, South Point, City Center, and West Avenue. The bike-sharing system Decobike has been operating on the island since early 2011, and biking is continuing to become a more popular form of transportation in the area.

Public transit in Miami Beach is operated by Miami-Dade Transit and is heavily used by locals. While there are no MetroRail stations in Miami Beach, there are Metrobus lines that connect Miami Beach to the MetroRail in Downtown Miami. The South Beach Local (SBL) connects various points of South Beach to other major bus lines in mainland Miami. There is also an Airport-Beach Express bus line that runs from Miami International Airport to South Beach every half hour from 6:00 a.m. to 11:00 p.m.