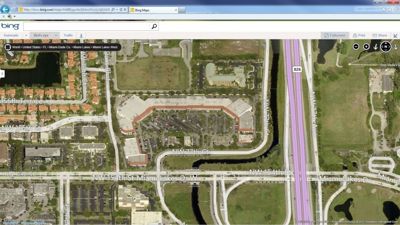 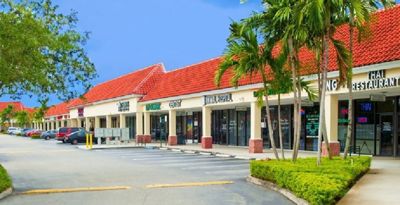 Miami Lakes is a suburb of Miami and has been an incorporated town since 2000, making it one of the youngest towns in Miami-Dade County. It was developed on land once owned by Florida State Senator Ernest “Cap” Graham starting in 1962. The original development, which sits east of the Palmetto Expressway, was built according to a master plan by Lester Collins, and is notable for its tree-lined, curving roadways, and curving lakes, compared to the treeless roads and grid systems of neighboring developments. It also features shopping centers, numerous neighborhood parks, and the town center of Main Street.

Miami Lakes was built as a model of the New Urbanism movement and offers shopping and services within walking distance of residential areas. Its streets are narrow and walkable, and parks and green spaces are a mainstay. While it was initially said to be a 30-year development project, parts of Miami Lakes are still under development, and a significant portion of it is still owned by the Grahams, including undeveloped land.

As of 2016, Miami Lakes has an estimated population of just over 30,000, with nearly 35% of the population between the ages of 25 and 44. It is largely populated by young, middle-class families, and has sizeable Cuban, Colombian, and Venezuelan communities (based on the percentage of overall population.)

Miami Lakes was planned to be, and remains, an integrated community, with residential, commercial, industrial, and mixed-use properties. Based on recent trends in Miami office developments and leasing data, the locus of office space supply is expected to continue shifting to smaller and suburban markets, and with some of the lowest asking rents in the area, it is an excellent time to get an early foothold in the Miami Lakes market, affording businesses the opportunity to have a hand in the continued growth of the relatively young town.

What Our Brokers Say About Miami Lakes Office Space for Rent

Planned with the intention of integrating commercial, residential, and green spaces, family-friendly Miami Lakes has a neighborhood park for every occasion. Amelia Earhart Park offers a petting zoo, a pony ride, a playground, and fishing. Miami Lakes Optimist Park has tennis courts and a variety of athletic fields. Royal Oaks Park boasts a butterfly garden, athletic fields, and a concessions stand, and the Royal Oaks Park Community Center is also home to an indoor Veterans Memorial. The Memorial consists of a 50-foot mural, which includes two paintings of historic U.S. military scenes, wood carvings, stained glass, and handmade glass mosaics.

Main Street is the social hub of Miami Lakes and has also been recognized as being at the forefront of mixed-use development. Restaurants, retail stores, apartments, and offices can all be found at Main Street, as well as Shula’s Hotel, the Main Street Playhouse, Cobb Theater, and the Town of Miami Lakes’ Government Center.

New Urbanism is a design movement that gained popularity in the United States in the 1980’s. It seeks to promote environmentally friendly habits by creating walkable neighborhoods with a wide variety of housing and job types within reach. New Urbanist planning includes consideration of open space, community infrastructure, balanced development of housing and jobs, and accessibility of alternative transportation options, such as walking, biking, and public transit.

Miami Lakes, built on what was once the Graham family dairy farm, was built according to a master plan by architect Lester Collins. The goal in working from this master plan was to allow for continued and sustainable development spanning decades of growth, construction, and changing market conditions. To this day, Collins’ original plan for the town is incorporated in new planning and development, as Miami Lakes works to maintain its reputation as one of the best examples of community master planning in the United States. The Town of Miami Lakes claims that “as [it] looks to the future, it will continue to strive for innovation while remaining true to its original founders’ vision of providing the highest quality of life for its residents and visitors.”

Former U.S. Senator Bob Graham is still one of the owners of Miami Lakes land, and the late Katharine Graham of the Washington Post also had a share by marriage. Miami Lakes voted to become an incorporated town in 2000 and is run by the town Mayor and a six-seat Town Council (one seat of which is occupied by the Mayor.)

Getting to, From, and Around Miami Lakes, FL

Miami Lakes operates the Miami Lakes Moover, a free bus service on a fixed route that connects to Metrobus stops and the Metrorail via the Ludlam Limited Route at Main Street. The town also offers a free ride-sharing service, Freebee in the Lakes, from 8:00 a.m. – 3:00 p.m. Monday through Friday and 10:30 a.m. – 12:30 p.m. on Sundays. Transportation initiatives are also underway in the town to address issues such as traffic congestion as the population continues to grow. The bike share company Spin offers a stationless bike sharing system in Miami Lakes. According to Walkscore, the most walkable neighborhood in Miami Lakes is the Miami Lakes Town Center.