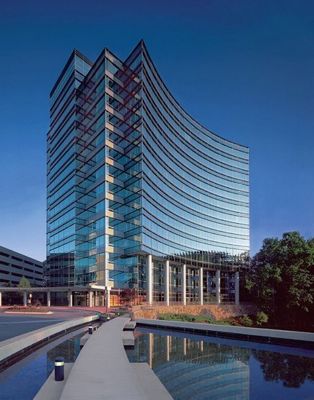 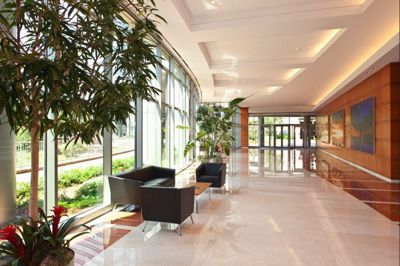 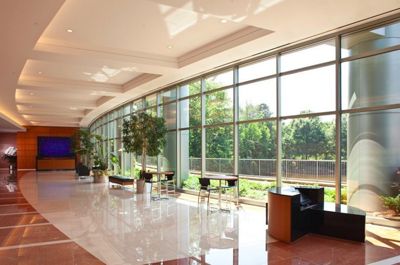 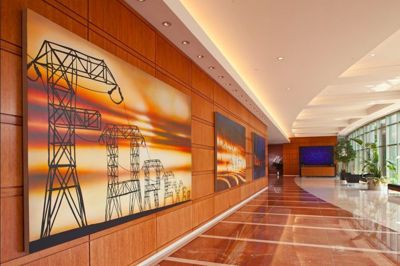 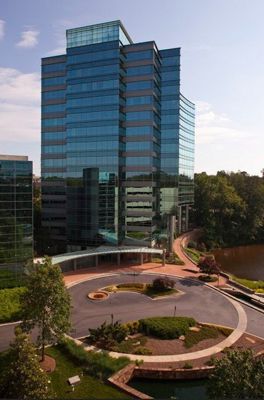 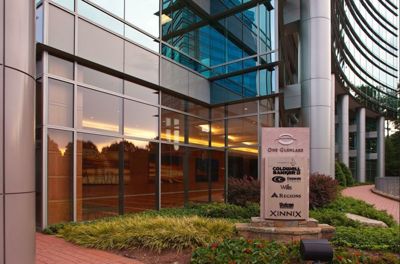 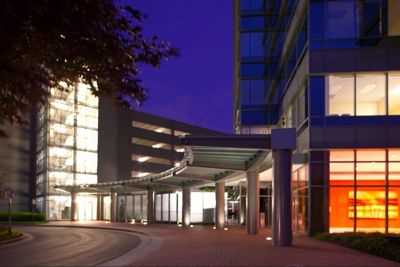 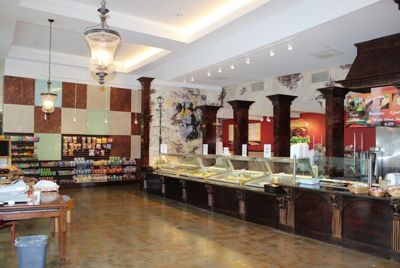 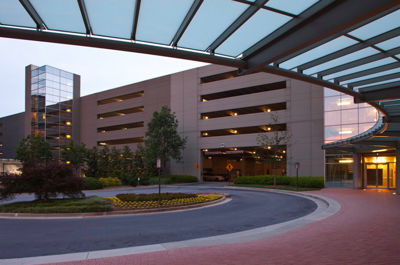 Perimeter is a consistently growing submarket in Metro Atlanta, GA. However, what is now a hotbed for big corporations was once all agricultural land dedicated to livestock and crops.

Beginning in 1970, the real estate firm Taylor & Mathis partnered with MetLife to start development in this area. Ever since its development, Central Perimeter has become one of the biggest master-plan offices in America. This office-and-retail center quickly became home to over 30 office buildings that are now for rent.

To find out how you can rent one of these traditional offices, contact us—we’ll help you sort through listings in Perimeter.

Perimeter Central is a submarket in the Metro Atlanta area. Since the start of 2021, the area has seen a negative YTD net absorption, showing a rise in empty office space in Perimeter Atlanta, GA. Currently, Perimeter holds 6,858,047 square feet or 22.6% of vacancies, contributing to their -87,931 square feet of YTD absorption.

However, in Q2 of 2021, Perimeter Central has had a positive quarter absorption of 359,597 square feet, showing a turnaround in recent leasing and renting activity. Along with this new quarter, Central Perimeter has been added to the region’s skyline with State Farm’s third tower in the East Coast Hub.

Perimeter has also seen leasing transactions with Centene Corporation and one other confidential tenant taking up 51,652 and 43,633 square feet, respectively. About 334,000 square feet of property at 1134 Hammond Drive sold for $195 million.

Looking towards the future, office space in Perimeter Atlanta, GA will see some new developments with 429,200 square feet still under construction.

What Our Brokers Say About Perimeter Office Space

Perimeter includes parts of Brookhaven, Dunwoody, and Sandy Springs, each submarket consisting of well-known local industries. In Brookhaven alone, the accounting firm of Carter, Riggs, and Ingram and Northside Hospital took up spots in 4004 Perimeter Summit after its construction in 2017.

The State Farm and Tegra headquarters, among many other companies, have set up residence in Dunwoody. With 500,000 square feet of office space within a whopping 900 existing condos, it’s safe to say Dunwoody is preparing for an influx of people, each looking to fit into Dunwoody’s urban way of life.

Corporate headquarters, including but not limited to Mercedes-Benz, Cox Entertainment, and UPS have migrated to Sandy Springs. With numerous restaurants and performance spaces, Sandy Springs is a haven for corporate meetings.

47 Perimeter Center East: This 92,686 square feet Class B building offers six floors of eligible private office spaces for rent. Each of the suites ranges from 876 to 7,758 square feet and includes amenities like a conferencing facility, dry cleaner, and bank. These partial build-out spaces are at a going rate of $22 per square foot.

5 Concourse Parkway Northeast: This commercial building, also known as the Queen building, consists of thousands of meeting rooms and numerous executive office spaces from which to choose. It has dozens of suites available, from the intimate 37 square foot Suite 900 to the much larger 26,170 square foot Suite 600. Amenities include restaurants, daycares, atriums, and banks.

9040 Roswell Road: This building’s convenient location is near Georgia State Route 400 and the Holcomb Bridge. With a flexible lease term and listings starting at 661 square feet and going up to 24,141 square feet, there are many spaces to choose from. The asking rate is about $18.50 per square foot for each fully furnished Class A suite.

Get To Know Perimeter

Following its background in farming, the people of Perimeter Atlanta rely on freshly grown produce at their weekly Sandy Springs Farmers Market. Over 1,000 people flock to Mount Vernon Road instead of a supermarket for their intake of grass-fed meat, raw eggs, and fresh baked goods. From politicians to school-goers, some loyal customers have never missed a week since its opening in 2010.

Why Rent Office Space in Perimeter?

Renting an office space in Perimeter Atlanta, GA, will give you a leg-up in the business world, with Perimeter being one of the largest central business districts (CBD) in Atlanta. You’ll have over 29 million square feet of Central Perimeter office space to choose from and two main freeways connecting you to surrounding submarkets. The Georgia State Route 400 connects the Metro Atlanta area, and the Interstate 285 Beltway reduces traffic around Atlanta and connects to the I-20, I-75, and I-85.

Although there are plenty of serene choices for office space in Perimeter Atlanta, GA, check out these nearby neighborhoods to see what the community has to offer.

Downtown: Downtown Atlanta is the largest commercial district in the city, with it being home to numerous headquarters and corporations looking to grow. Yet, it offers cheaper alternatives to office prices as opposed to some of its neighboring submarkets. Class A office spaces run at $27 per square foot, and Class B offices are at $22 per square foot near their beautiful Centennial Olympic Park.

Gwinnett County: Gwinnett County sits in the Northwest of Atlanta and serves as a workplace for many national corporations. With the rise of award-winning office spaces in newly constructed plazas across the submarket, it’s easy to see that Gwinnett County is home to many commercial hubs like Lawrenceville and Duluth.

South Atlanta: Although this submarket is an industrial hub, many of its office buildings are overlooked. However, developers have spent close to $200 million recently on constructing buildings in that area, adding to mixed-use and retail offices. South Atlanta is also close to the railroad in the north, providing easy access to nearby neighborhoods.

Call on SquareFoot for more information on office space in Perimeter Atlanta, GA, and on surrounding areas. We’ll help you find the right office space for your business.