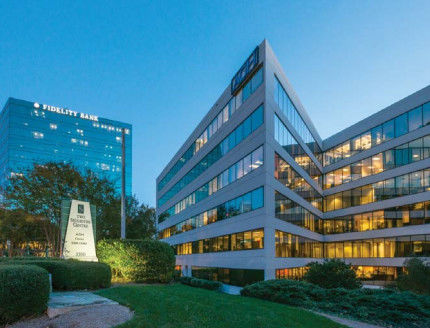 Known as Atlanta’s shopping mecca, Buckhead contains the United State’s highest concentration of posh, upscale boutiques. But don’t be fooled into thinking that this area is merely a cosmopolitan tourist trap for weekend shopping. Rather, Buckhead’s chic style is popular among co-working spaces, agencies, photographers, and other businesses that like to balance work and play. The area’s desirability is increasing, too, as Buckhead office space asking rents are higher than those of any other neighborhood in the Atlanta metro area.

As part of Atlanta’s Central Business District, Buckhead’s commercial office space is in high demand. Compared to its counterparts, Downtown and Midtown, Buckhead fares as the most expensive part of Atlanta for commercial real estate.

Across all building classes, Buckhead office space leases for around $34 per square foot, with units in Class A buildings rent for $36 per square foot. With nearly 20 million square feet of total office space inventory, there’s a unique office setting to suit a variety of business needs, but especially those who are searching for a high end space that will set their office apart.

What Our Brokers Say About Buckhead Office Space

Completing Atlanta’s Central Business District, Buckhead is the area’s posh older sibling. Commercial real estate properties in Buckhead are substantially higher than neighboring Midtown and Downtown areas, as Buckhead rents average the highest commercial asking rates in the city. Recently, Buckhead proved its status as a high-cost, desirable neighborhood for commercial real estate in Atlanta as Three Alliance closed on a property deal with a record rent price in Atlanta, exacting more than $530 per square foot.

The Three Alliance transaction is one of Atlanta’s most notable commercial real estate deals for 2018, and in recent real estate history. The 506,647 square foot transaction sold for $270 million, a record for the area. The property at 3550 Lenox Road changed hands from Tishman Speyer to the State of Florida Retirement Fund. In acquiring the 30-story building, the pension fund company is paving the way for other investment giants to take residence in Atlanta’s growing Buckhead neighborhood.

There are future plans, too, to keep building out Atlanta’s Buckhead neighborhood as a commercial mecca. In the space where HiFI Buys once sat, a notable Atlanta development firm is in the process of designing and building out The Office Buckhead Atlanta: an impressive high rise along East Paces Ferry Road that will house 330,000 square feet of Class A office space, as well as 30,000 of ground floor retail development in its 17-story structure. According to developers, “The Office Buckhead Atlanta is part of [a] larger vision for The Shops Buckhead Atlanta, the developer’s adjacent mixed-use project consisting of six-city blocks of retail, dining and fitness.” Together, the massive overhaul of mixed-use space along Peachtree Street and Bolling way will work to enhance work and life experience for millennials and creative professionals in Buckhead’s area.

Getting Around Buckhead, Atlanta

Although Buckhead is further north than Downtown and Midtown, the area remains easily accessible for Atlanta commuters. The popular Xpress shuttle has a central station in Buckhead, making it easy for people to travel to and from this Central Business District neighborhood. Likewise, the MARTA rail line stops in Buckhead, with stops just 10 minutes beyond Midtown, 15 minutes outside of Downtown, and a feasible 35 minutes away from Atlanta’s busy airport.

And if you’re committed to green living, Buckhead is also accessible by bike and by foot. Atlanta’s Relay Bikeshare extended its services to encompass the Buckman neighborhood with multiple stations available for users to reserve and store bikes. Popular bike share stations include Tower Palace, Lenox Square, and Piedmont Center. And in terms of walkability, Buckhead’s central area, Buckhead Village, boasts a Walk Score of 91, which ties for the second best walkable area in Atlanta. This score surpasses both Midtown and Downtown, proving the Buckhead is easily traveled by foot.

Today, Buckhead is at the forefront of mixed-use development in Atlanta. With commercial and retail projects underway, the neighborhood skyline is rapidly changing. Yet it’s worth noting that some of Atlanta’s oldest businesses are still alive and well in Buckhead; old ma-and-pa shops are still thriving in spite of the neighborhood’s undeniable shift towards a future of high-tech offices and glitzy high-rise apartments.

Many of these businesses, like 100-year-old Wender & Roberts drug store and the 89-years-old Henri’s Bakery and Cafe, are neighborhood staples. They add a sense of charm to the neighborhood, creating a juxtaposition of old and new. It’s this vintage Atlanta allure that draws businesses and residents to Buckhead. The neighborhood carries an undeniable charm, as it’s a space to witness pieces of Atlanta’s past.

As the neighborhood continues to develop, historic Buckhead establishments like Joe May Blet Cleaners and the Buckhead Theater will be surrounded by new construction and modern amenities. Buckhead will continue to offer insight into the neighborhood’s past, while offering some of the best shopping, culture, and cuisine Atlanta has to offer. This combination of old and new Atlanta is set to make Buckhead a desirable commercial neighborhood for years to come.