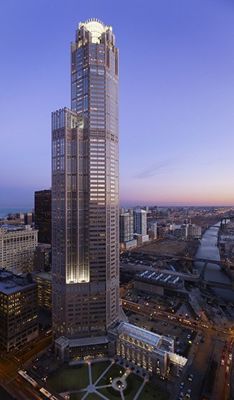 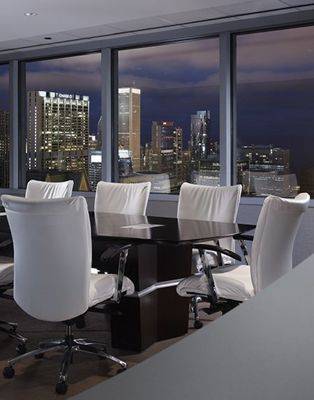 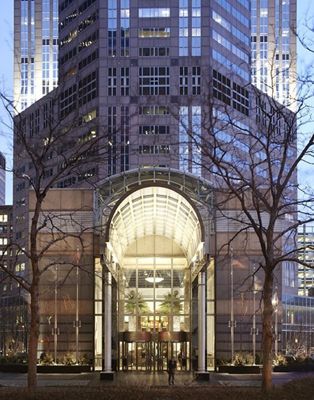 West Loop comprises the western area of The Loop, which is Chicago’s central business district and downtown area. West Loop is also sometimes referred to as Near West Side. Once filled with mostly factories and warehouses, the area is now home to an impressive array of restaurants, neighborhoods, design stores, and higher education institutions. For example, the University of Illinois at Chicago, Chicago-Kent College of Law, and Stuart School of Business are all in West Loop.

West Loop began as a wholesale meatpacking district and morphed into the vibrant, restaurant-packed area it is today. In fact, the deep-dish pizza Chicago is famous for originated in West Loop. Anyone who lives and works here will enjoy the delicious cuisines that tourists come from around the world to try.

Many notable enterprises have their headquarters in West Loop, including McDonald’s, Boeing, and Orbitz. PepsiCo and Aeromexico also have offices here.

What Our Brokers Say About West Loop Office Space

The most popular ways to travel in West Loop are by train and by bus. The Chicago Transit Authority (CTA) Blue Line, Green Line, and Pink Line all have stops here. Chicago’s two train hubs, Union Station and Ogilvie/Northwestern Station, are both in West Loop. It is even easier to travel by bus. The following bus routes run through West Loop: 8 Halsted, 9 Ashland, 12 Roosevelt, 19 United Center Express, 20 Madison, 38 Ogden/Taylor, and 50 Damen. Like the rest of the Chicago, traffic for those traveling by car can be excessive; in this area, it’s particularly congested around United Center. However, West Loop does have Interstates 290 and 90, which can make commuting by car easier in this area than in other parts of The Loop. West Loop is also relatively safe for pedestrians and bikers. Midway International Airport and O’Hare International Airport are located nearby for convenient national and international travel.

Some people travel to Chicago just to try the deep-dish pizza. Escape the office for lunch or a business meeting and enjoy the ultimate pizza experience in West Loop at Lou Malnati’s Pizzeria, Bonci, Giordano’s, or Coalfire Pizza. West Loop is also known for its excellent burgers. Try one at Au Cheval, Kuma’s Corner, or Umami Burger. The area around Randolph Street and Fulton Market is actually called “Restaurant Row.” The extensive restaurant options here are sure to accommodate all tastes— popular choices are Girl & the Goat, Lone Wolf, Au Cheval, Soho House, The Publican, Bottom Lounge, and the Aviary.

In West Loop’s early days in the mid-1800s, the area’s poorest residents lived in prairie shacks west of the river, while the wealthiest residents built large houses on Washington Boulevard, Jackson Boulevard, or Ashland Avenue.

Chicago as a whole has been an important economic center for a long time. The Fulton-Randolph Market area of West Loop began primarily as a wholesale market that processed and distributed meat and produce. Today, West Loop is still known for food, but more because of its restaurants than its meatpacking industry. Donnie Madia, who opened the restaurant Blackbird in West Loop in 1997, noted that this area has become increasingly popular for restaurant owners—and, consequently, for foodies and professionals everywhere. “It’s no longer Chicago restaurants and chefs, but people around the country who want to come and take a bite out of the West Loop and negotiate a lease,” he said.

Oprah Winfrey is partially responsible for some of West Loop’s economic success. In 1988, Harpo Studios established its headquarters in West Loop, and in 1989, the Oprah Winfrey Show was filmed here, drawing many visitors and employing more than 200 people. The show also drew many new restaurants to the area, beginning Restaurant Row.

West Loop survived the Great Recession of the mid-2000s quite well. “Post-recession, the West Loop has come around probably more than any other neighborhood,” said Aaron Galvin, president at Luxury Living Chicago rental brokerage. During this time, thousands of residential units were constructed in the area, and thousands more were planned. The influx in population also spurred the growth of businesses in the area. Google, Boeing, Uber, Motorola, and United Airlines are all major employers in West Loop.