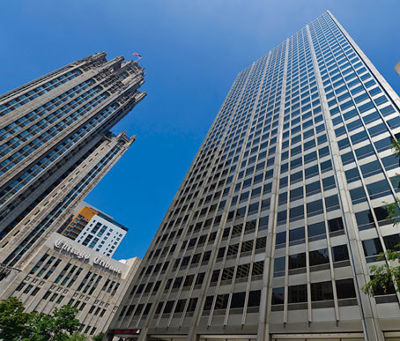 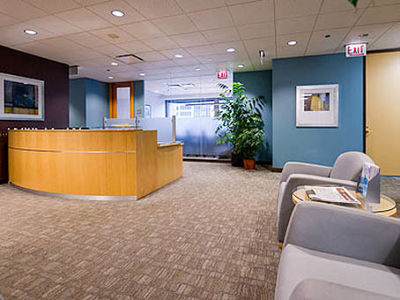 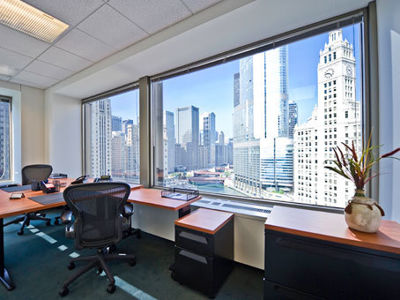 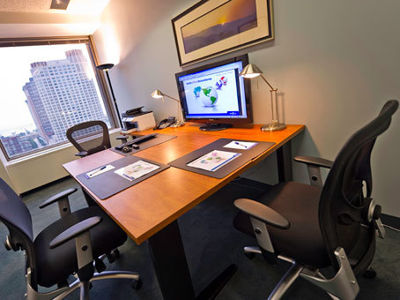 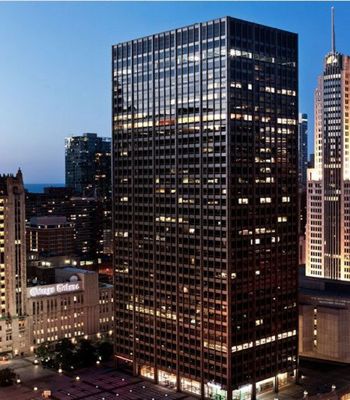 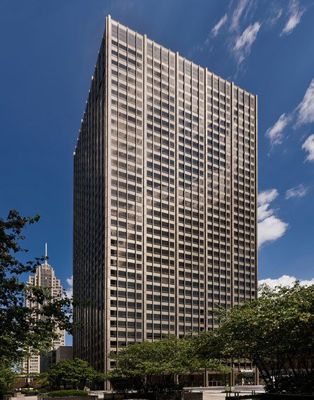 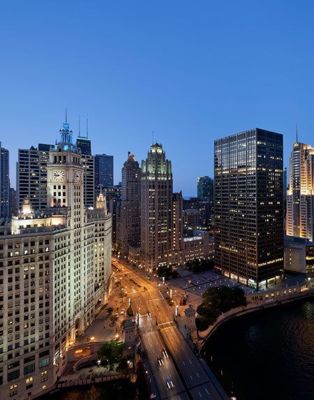 This stylish skyscraper, built upon a broad base and constructed from dark steel, is a distinct part of the Chicago River skyline. The Equitable Building, opened in 1965 and designed by Skidmore, Owings & Merrill. The building is located at 401 North Michigan Avenue, stationed just over the DuSable Bridge on the north of the Chicago River, marking the start of the city’s picturesque Magnificent Mile, which runs northward up Michigan Avenue.

The Equitable Building is set back from North Michigan Avenue with a plaza nearly the size of a city block between the structure and the street. In front of the building’s plaza is a pull off for cars and taxis to drop off tenants. The plaza, which is mostly open space, extends towards the building’s entrance through a multi-door lobby. The plaza provides a great gathering spot for tenants and pedestrian during the warmer months of the year and gives the building its distinct individual essence. Unlike many of its neighboring skyscrapers that are tightly packed next to each other, the Equitable Building stands separate from any other, making its architecture and shape easier to appreciate.

The skyscraper’s tenants include MTV, Kraft, University of Chicago and ABC, which has a street-level studio in the building. The building’s amenities include a fitness center, café, conference/training facility, a basement level parking garage, a Fidelity location on the lobby level and the building also has a gold LEED sustainability certification.

The Equitable Building’s location in the heart of Chicago provides endless public transit options and specifically the Metra, Ogilvie and CTA train stations