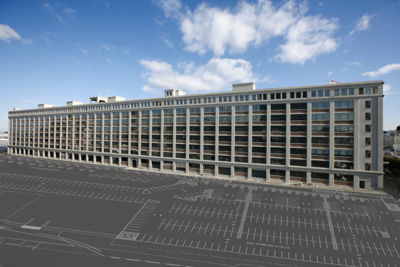 Sunset Park is a South Brooklyn district that shares its name with the 24.5-acre park in its northeast corner. Sunset Park is considered one of the hottest up-and-coming New York City neighborhoods, a reputation that is mostly due to the presence of Industry City along the waterfront.

In 2013, Belvedere Capital and Jamestown began redeveloping nearly 6 million square feet of the historic Bush Terminal warehouse complex into an “innovation ecosystem.” Although Bush Terminal was renamed Industry City in the 1980s, this latest redevelopment has brought remarkable commercial growth to the area. Over the last four years, Industry City has created more than 6,000 jobs and is home to more than 400 companies specializing in all areas of engineering, design, media, manufacturing, and production alongside nearly 100 artists’ studios.

Sunset Park fits within the South Brooklyn Waterfront, which has nearly 12 million square feet of flex office space with a 17.5% vacancy rate. Flex spaces comprise the majority of commercial real estate property in Sunset Park, available at a low average of $32 per square foot. Brick and beam spaces have a higher average rent of $40 per square foot. According to publicly available market data, the average size office space in Sunset Park is 2,000 square feet.

Andrew Kimball, the CEO of Industry City, is leading re-zoning efforts with the ultimate goal of creating 3.6 million more square feet of mixed-use space. Kimball plans for this new space to attract film, fashion, food, manufacturing, and technology tenants, among others. What Our Brokers Say About Sunset Park Office Space

Companies with office space in Sunset Park have access to a young, energetic, and creative hiring pool. Over 25% of Sunset Park’s population is composed of young professionals ages 20-36. Nearly 20% of Sunset Park residents who live and work in the area are employed within Industry City.

Getting Around Sunset Park and Industry City

Commuters of all kinds will find getting around Sunset Park to be relatively easy, except for bicyclists. CitiBike has stations within Industry City, but there are very few bike lanes throughout Sunset Park.

Commuters heading to Industry City can take the D, N, and R trains to 36th Street, or ride the B35 and B37 buses to 39th Street. Four other bus lines also serve the area. Car shares are available, and drivers have access to the BQE and Belt Parkway. As of 2017, NYC Ferry’s South Brooklyn and Rockaway routes stop along the Sunset Park waterfront.

Two spacious parks, excellent waterfront access, and stunning views of Lower Manhattan are perks of living and working in Sunset Park. Industry City provides plenty of entertainment and activities, including rooftop movies, flea markets, and courtyard yoga classes. Numerous dining options in Industry City make it easy to satisfy any lunch craving. Our team recommends the soup dumplings at Yaso Tangbao, the muffuletta at Ends Meat, and the Avo Burger at Avocaderia. Within the greater Sunset Park area, there are thriving Chinese and Latin American communities with great restaurants to match.