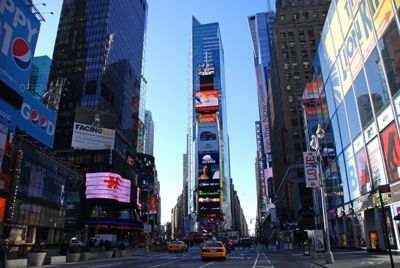 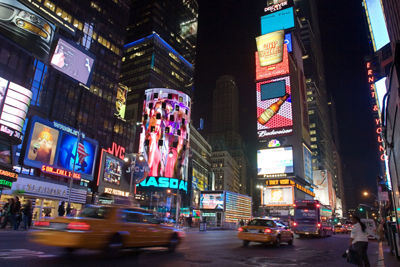 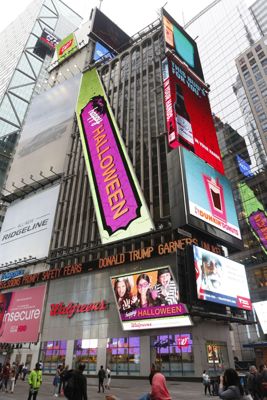 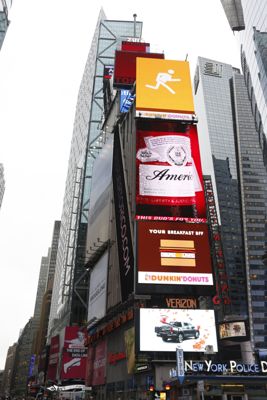 One Times Square, also known as 1475 Broadway, the New York Times Building, the New York Times Tower, or simply as the Times Tower, is a 25 story, 395-foot high skyscraper, designed by Cyrus L. W. Eidlitz (HLW International), located at 42nd Street and Broadway in New York City. The tower was originally built to serve as the headquarters of the local newspaper, The New York Times (which also gave its name to the area as a whole, known as Times Square); however, the Times only stayed in the building for less than 10 years before it moved to a new building on 229 West 43rd Street.