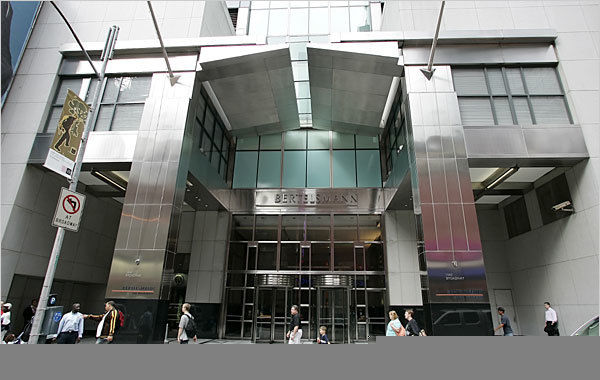 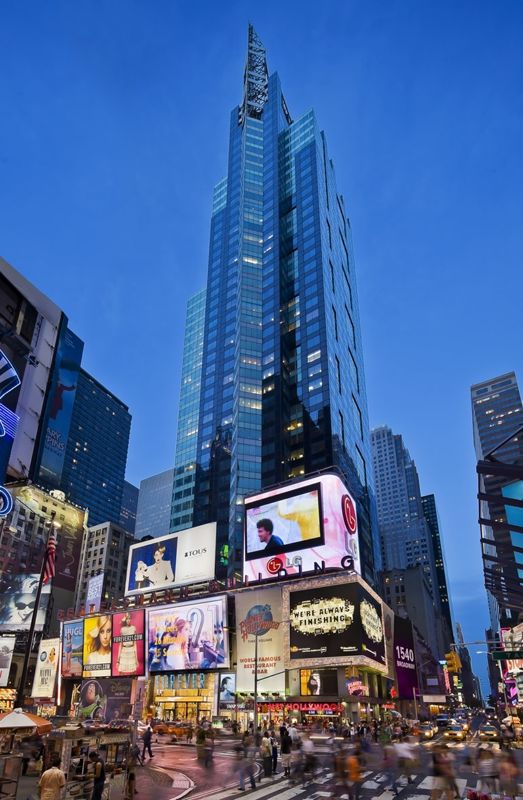 The Bertelsmann Building is located on 1540 Broadway, New York, NY 10036 on the corner of 45st Street and Broadway. Completed in 1990, the building stands at 42 floors tall and features over 1,100,000 square feet in office space for rent, make it quite a sizable structure. Although an older building, the structure has gone through a series of renovations in recent years which has substantially upgraded the building’s infrastructure and lobby. The Bertelsmann Building benefits from some of New York’s best amenities as it sits in the heart of Times Sqare. 1540 Broadway stands in close proximity to the orange, blue, and yellow MTA subway lines as well as hundreds of different restaurants around the neighborhood. In addition, the edifice’s proximity to the other office buildings that pepper Midtown make this space ideal for an organization needing closeness to partner firms or clients. The Bertelsmann Building served as the main headquarters and center of operations for the media conglomerate Bertelsmann until 2004, during which time they sold the property and leased out all of the office space they previously occupied. Current tenants now include Viacom, China Central Television, Yahoo, and Pillsbury Winthrop Shaw Pittman. Since its inception, the Bertelsmann Building has been one of the few structures in Times Square to offer true class A office space.