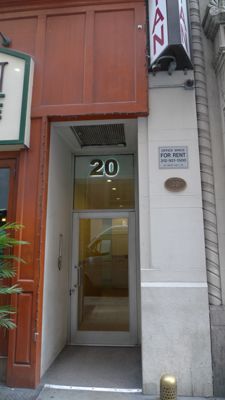 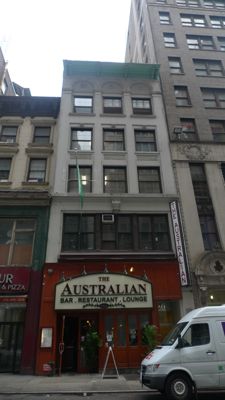 Koreatown office space is located in Midtown South. Sometimes referred to as “K-Town” the area covers a few blocks between Madison Avenue and the intersection with Sixth Avenue and Broadway. Koreatown, an ethnic Korean enclave, contains around 150 businesses, including an impressive number of restaurants, shops that sell lots of electronics, and Korean banking conglomerates.

The signs in Koreatown—including the ones on buildings—are all in both English and Korean. Often called “Korea Way,” the central portion of Koreatown stretches between Fifth Avenue and Sixth Avenue. On this street alone, around 100 small businesses operate. Koreatown well represents NYC’s “the city that never sleeps” reputation, considering most of its businesses remain open 24 hours per day.

What our brokers say about Koreatown

Some people think of Koreatown as the Korean version of Times Square. “Everyone wants to run businesses in K-Town since it has a large floating population,” said Sangmo Ahn, vice president of New Star Realty, Soyoung Kim writes. Koreatown doesn’t have very much residential space, so many of NYC’s Korean residents actually reside in other areas, Flushing, Queens, in particular.

Though Koreatown is still a haven for interesting restaurants and entrepreneurs, some of the small businesses have shut down since the 1990s. That’s because chaebol, (“rich class”) conglomerates from Korea have started taking over most of the businesses in the area. It has become difficult for independently owned restaurants and other types of businesses to survive because of the high property rental costs. Despite its small size, Koreatown remains a popular tourist destination because of its central location, culture, and excellent food.

Koreatown is known for its food, so we’d be remiss if we didn’t recommend some great locations to grab coffee, lunch, or drinks with coworkers. Like the other businesses in the neighborhood, most restaurants in Koreatown remain open 24 hours per day. Paris Baguette, which some refer to as “Korea’s Starbuck’s,” is a popular coffee shop in the neighborhood. For lunch or dinner, check out buffet-style Woorijip, The Tofu House, or Gaonnuri. At some point, be sure to peruse the shelves at Koryo Books—located at 35 West 32nd Street—which besides books, sells DVDs, stickers, stationery, and other types of K-pop merchandise.

Koreatown office space is located just a block away from Madison Square Garden and Penn Station and is part of a larger region of NYC called Midtown South. Midtown South comprises a portion of the borough of Manhattan, which also includes neighborhoods such as Chelsea, Gramercy Park, Hudson Square, Greenwich Village, and SoHo. Numerous tech, media, fashion, and marketing firms are vying for business space there. Notable businesses in Midtown South include Google, Forbes, and TripAdvisor.

Koreatown commercial space for lease | By the numbers

Tech and other created tenants accounted for the majority of the leasing activity in Midtown South in Q3 of 2019. In addition, the vacancy rate went up by 10 basis points. Notably, Google secured the largest Manhattan lease, committing to 1.3 million square feet at St. John’s Terminal, which will be the tech giant’s second New York campus in Hudson Square. The company also leases 460,000 square feet at 315 Hudson Street and 345 Hudson Street. Publicis executed the second largest Manhattan lease at 375 Hudson Street for 960,000 square feet. Midtown South construction projects are beginning to arise as logical alternatives to the traditional high-profile office buildings in the area.

Koreatown earned a 100 for both its Walk Score and its Transit Score. Koreatown is part of Midtown South, one of the best-connected areas of New York City. Businesses in Manhattan have access to a vast abundance of transportation options. Whether by train, bus, commuter rail, or ferry, the majority of residents in and around NYC use public transportation to get to work. Penn Station and Grand Central Station are both located close to Koreatown, connecting it to suburbs and major cities throughout the region and creating an impressively large hiring pool. 151 Subway stations are in Manhattan alone, and New Jersey’s PATH system also connects to six stations in Manhattan.

Most Koreatown office space buildings are around 7 or 8 stories high, but the neighborhood does have a few commercial skyscrapers. Ready to secure office space in this exciting corner of Manhattan? Contact one of our experienced brokers, who would be happy to help you find office space in Koreatown to meet and exceed your business needs. Or, begin the search with these three SquareFoot recommended properties in the neighborhood: 39 West 32nd Street, 110 West 32nd Street, or 111 West 33rd Street:

– 39 West 32nd Street: Built in 1911, 39 West 32nd Street is a 16-story, multi-tenant Class B office building in Koreatown. The building features a spacious attended lobby and broad windows. Madison Square Park and the Empire State Building both lie within walking distance from the property. At the moment, one unit that is 800 square feet in size is available to be leased. Contact us for pricing information and other details. Get here via subway lines F, M, N, R, or W; via the PATH train; or via buses M3, Q32, QM10, or QM24. Be sure to try Keens Steakhouse, New WonJo, Woorijip, and Bon Chon Chicken for lunch.

– 110 West 32nd Street: 110 West 32nd Street is a Class C office building located in Chelsea near Koreatown. The building has a corner lot, 24-hour access, and a lobby attendant. Currently, five units, all 6,715 square feet in size, are available for rent in the building. Contact one of our brokers for pricing details or for a tour of the property. With a Walk Score of 99 and a Transit Score of 100, transportation options in the area are pretty much endless. Take trains 1, 2, 3, A, B, C, D, E, F, M, N, Q, R or W to get here. Employees at 110 West 32nd Street who want to work out during lunch or right after work ends can choose from several nearby gyms, such as Throwback Fitness, Midtown Tennis Club, and Evolution Muay Thai.

Before it became its own entity, Koreatown used to be part of the Garment District. Around the 1980s, things began to change. Slowly, Korean businesses—primarily a bookstore and restaurants—took root in the area and began to grow. In the 1990s, small businesses became particularly common in Koreatown. The proximity of the Empire State Building, Macy’s Herald Square, the United Nations Headquarters, Penn Station, and Madison Square Garden helped fuel the neighborhood’s success.

“Though 32nd Street is still a hub for Korean restaurants with all its signs, restaurants, and bars, the street has changed significantly since the ‘90s,” writes Sam Kim for Eater New York. “Many mom-and-pop businesses have closed, replaced by restaurants backed or run by chaebol.”

Today, Koreatown is not only a successful Korean business district but also has a growing Korean population. In particular, many foreign students from South Korea, second-generation Korean Americans, and New Yorkers who enjoy Korean food and culture have recently flocked to the area to live or just visit. The Korean population in Manhattan in general doubled between 2000 and 2010, according to the 2010 United States Census, giving the New York Metropolitan Area the second largest population of Koreans besides Korea itself. Many Koreans appreciate the Korean signage that reminds them of popular tourist sites like Myeongdong.

“Non-Koreans began to come to my bar beginning three to four years ago, and the numbers grew fast, so now they account for more than 70 percent of all customers,” said Junho Mun, who runs Soju Haus and MK Karaoke in K-Town.

Most of the businesses in Koreatown used to be restaurants. However, now the economy has branched out to represent more aspects of Korean culture. Currently, 45 Korean businesses operate on the ground level on 32nd Street. A Korean real estate broker said of K-Town, “New Yorkers who visit K-Town want to be in a place where the interior is fancy and new. And not only do they want Korean food—they also want to experience all kinds of Korean culture.”