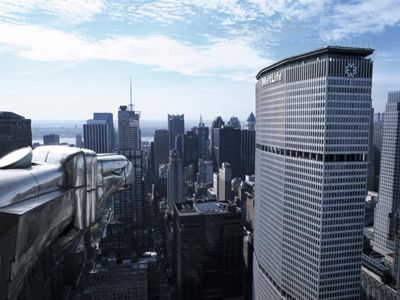 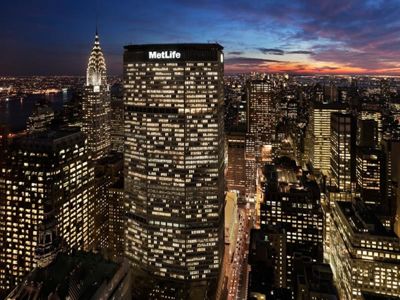 However, the real highlight of this property is its tremendous office and retail space, as well as its first-class location. What was originally planned as a reconstruction project by the famous architects Emery Roth & Sons later turned into headquarters for numerous prestigious companies such as Pan American World Airways, Sky Club, Barclays Bank, Abbott & Morgan, and others.

Situated in the heart of Midtown Manhattan, 200 Park Avenue is very close to Times Square, Grand Central Terminal, and the New York Public Library. It boasts great views of Bryant Park with plenty of transportation options, including bus lines, subway, and commuter trains from Grand Central Terminal and Penn Station.