The Lofts at Penn Plaza 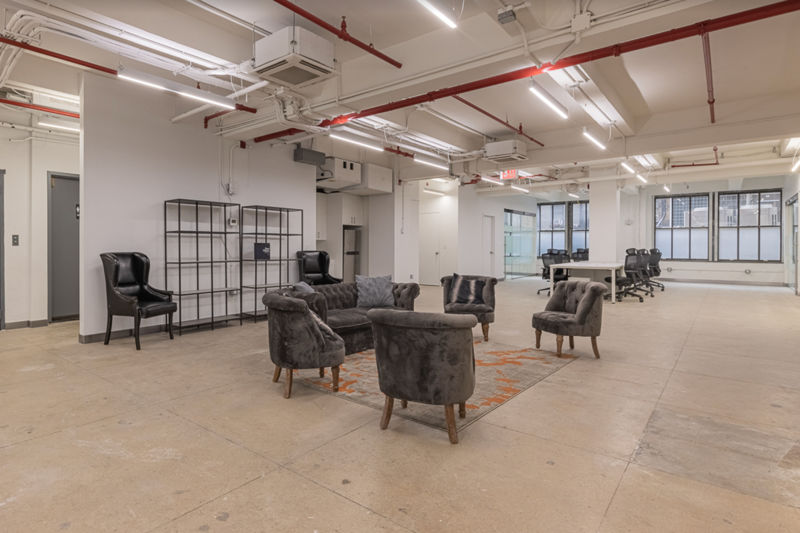 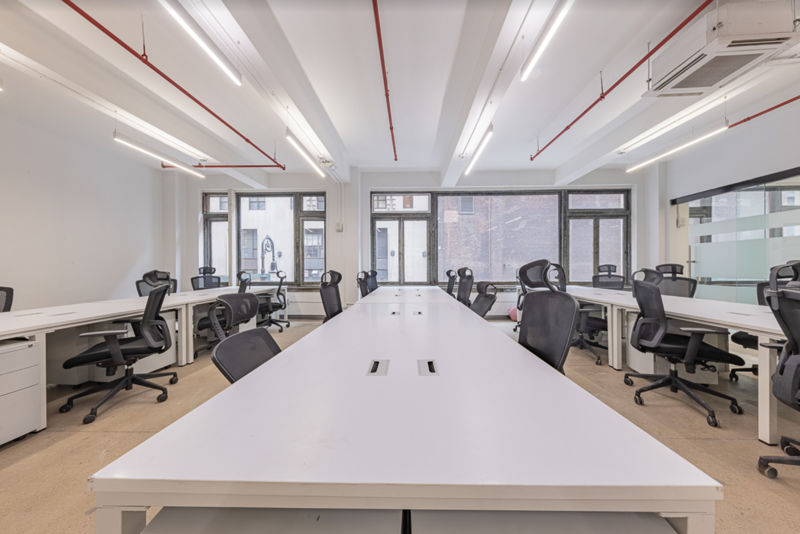 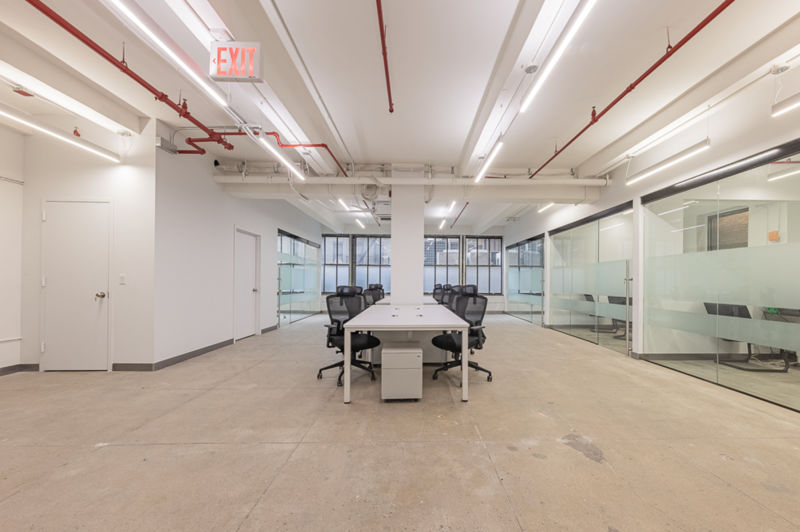 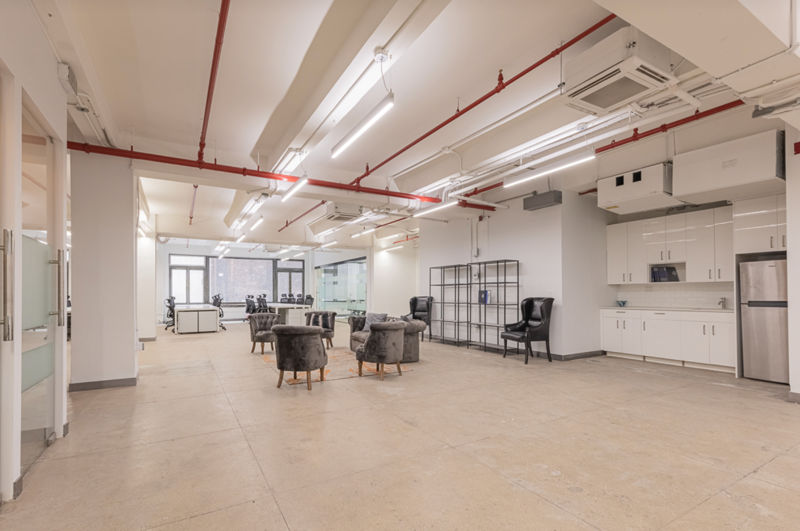 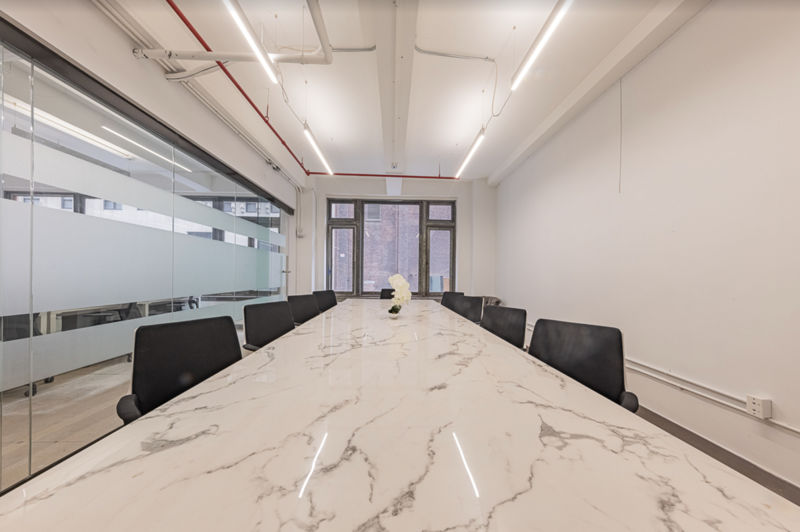 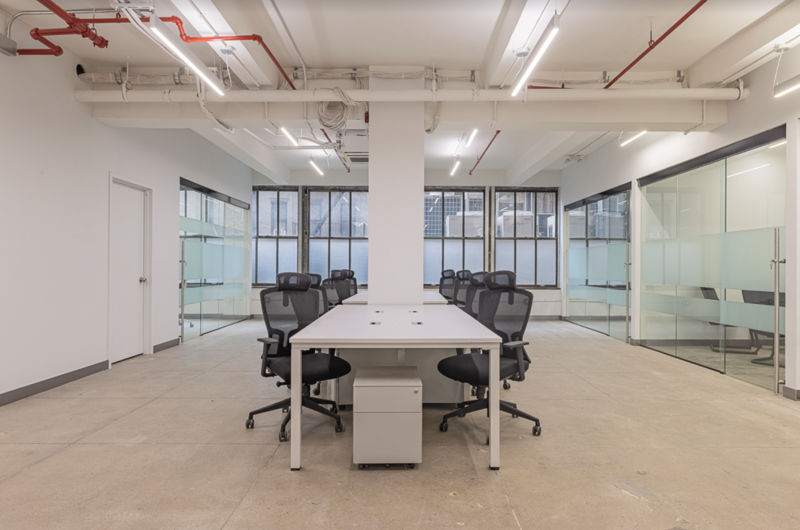 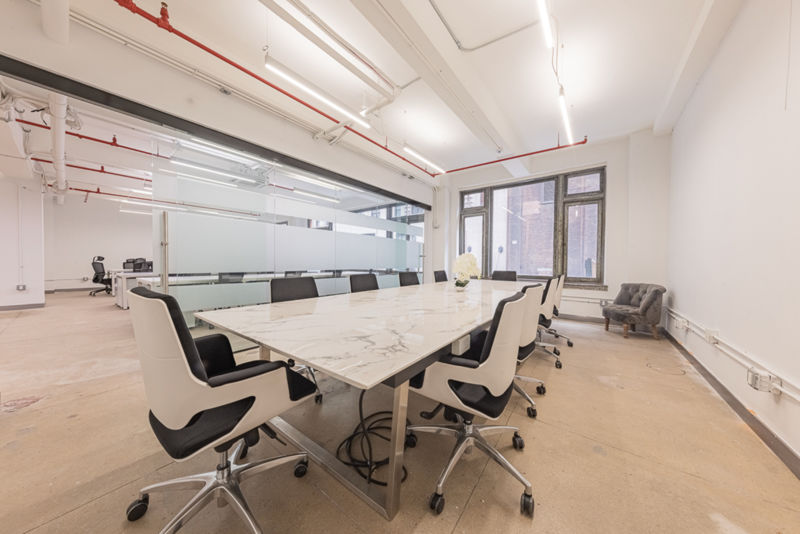 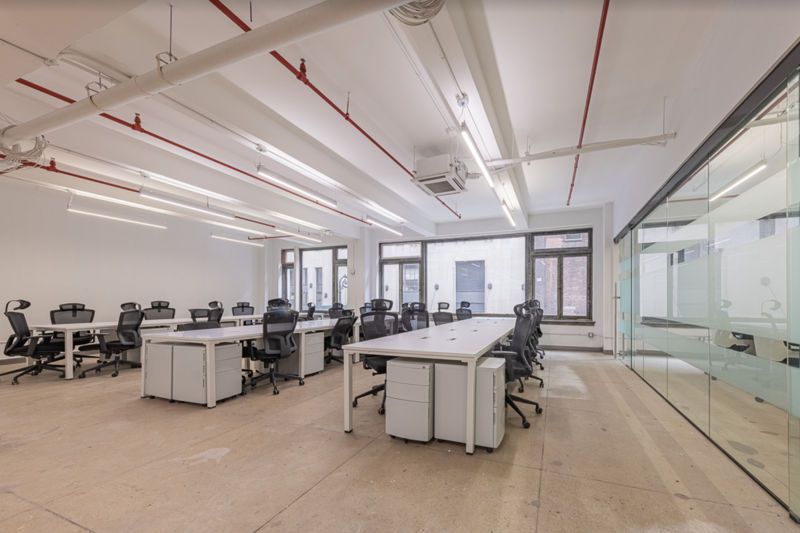 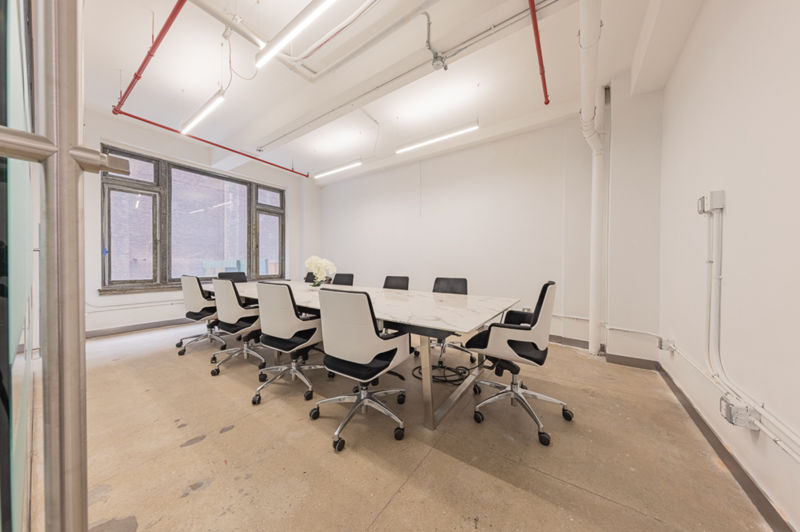 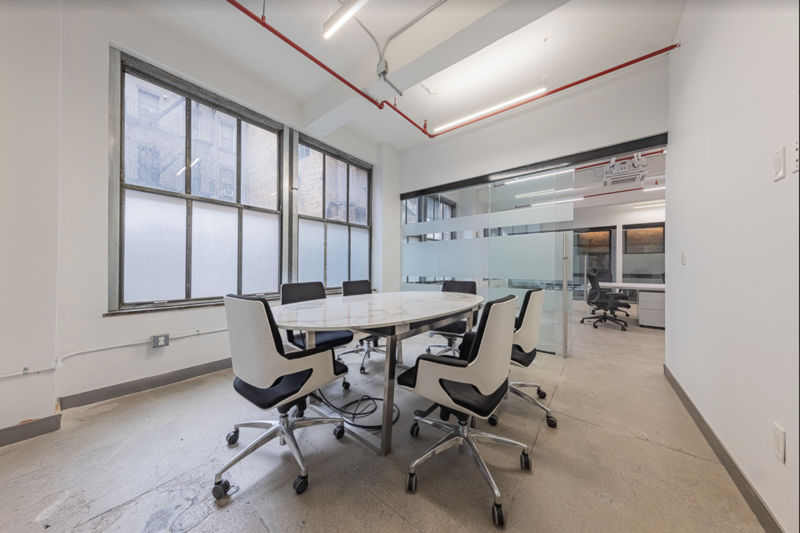 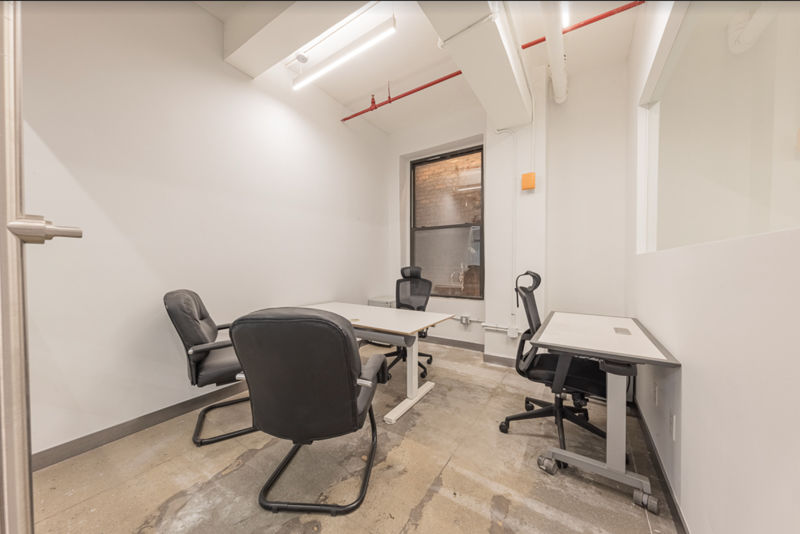 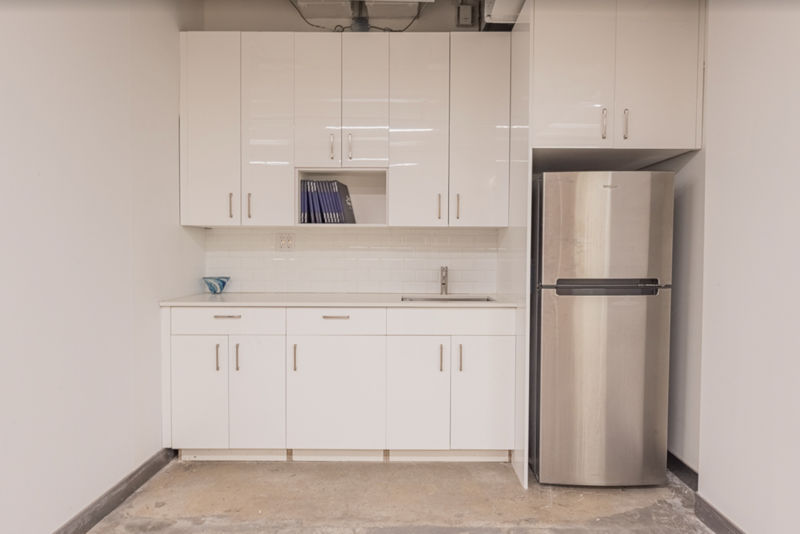 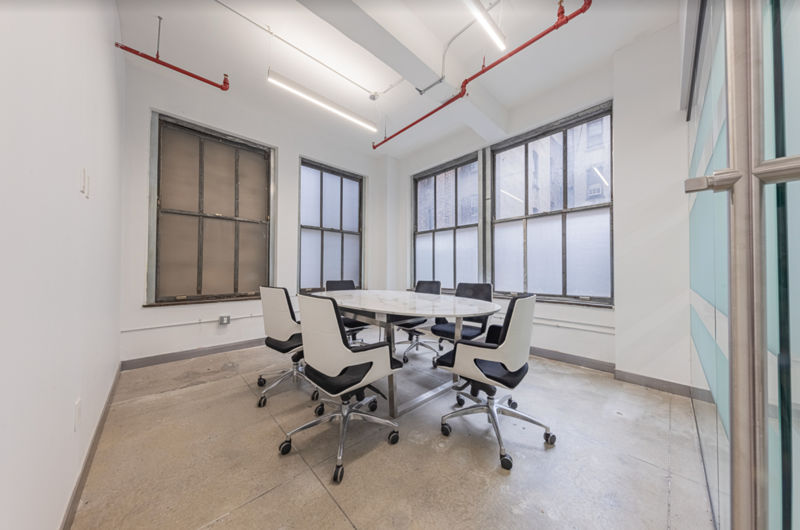 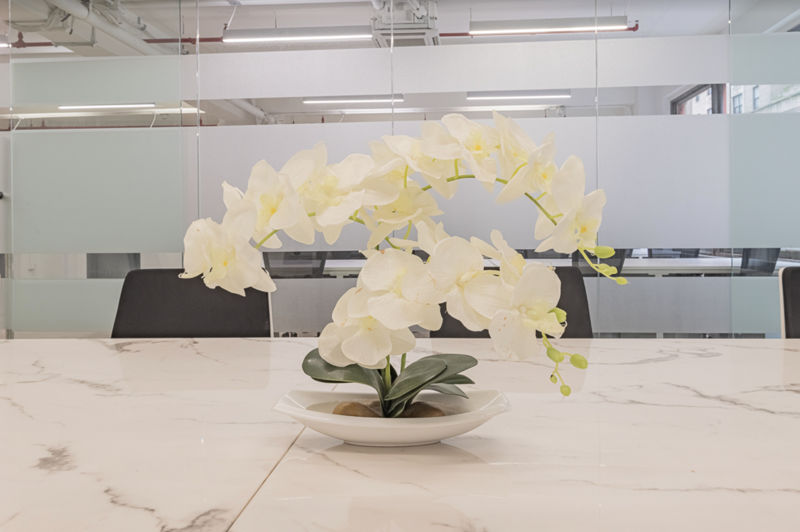 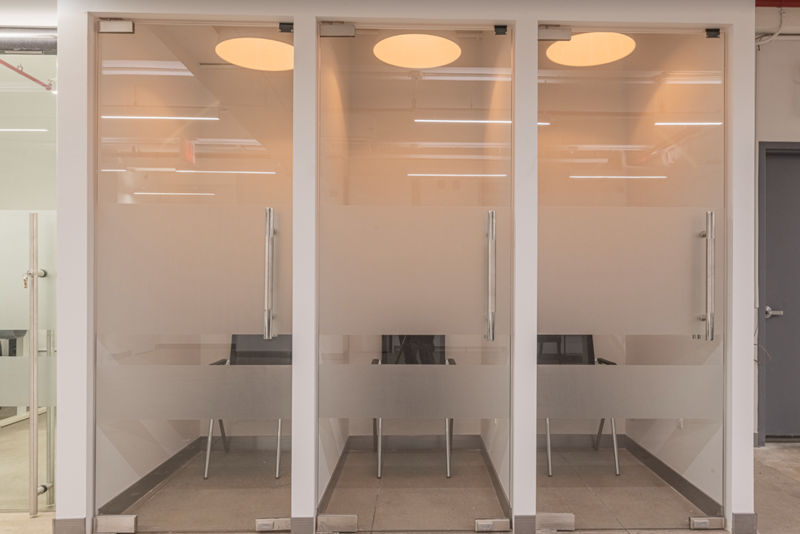 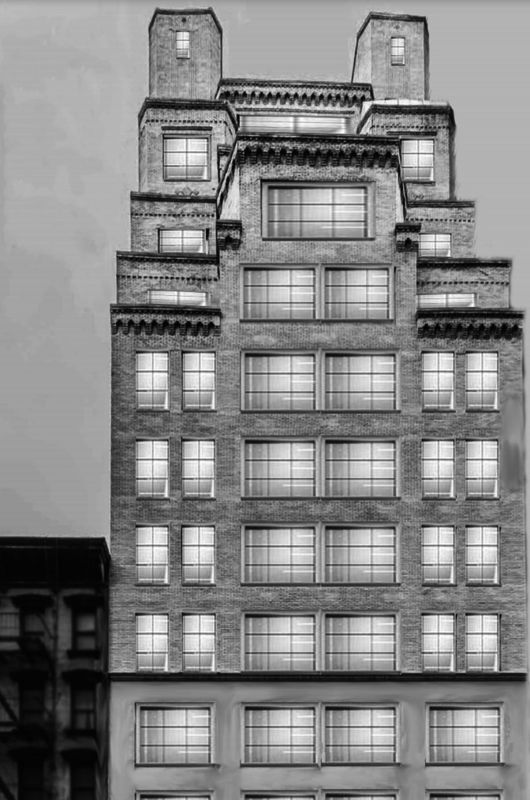 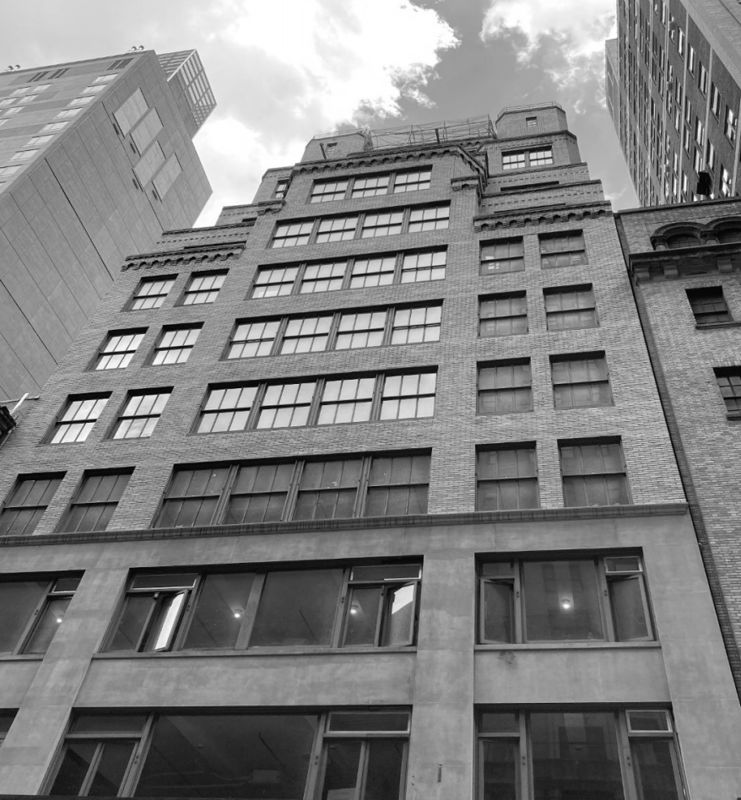 Floor plan is a test fit, landlord will build to suit.

Penn Station office space refers to the real estate around Pennsylvania Station. Also known as “Penn Station” the area not only houses the nation’s busiest rail hub (more than 600,000 commuters pass through every day!) but also a NYC neighborhood. The neighborhood is sometimes called Penn Plaza. Located in Midtown Manhattan, the station itself covers the area between 30th to 34th Streets and between Seventh and Eighth Avenues. Penn Plaza includes Madison Square Garden and lies adjacent to Herald Square, Chelsea, and Hudson Yards.

What our brokers say about Penn Station

The Penn Station neighborhood (Penn Plaza), includes Penn Station, Madison Square Garden, and a myriad of office buildings that use “Penn Plaza” as part of their names. For example, One Pennsylvania Plaza and Two Pennsylvania Plaza are sometimes shortened to “One Penn” and “Two Penn.” The buildings in Penn Plaza don’t follow a consistent numbering pattern based on characteristics, age, or location. Eleven Penn is home to the MSG Network headquarters. Cumulus Media, the Association for Computing Machinery, and Information Buildings all operate in Penn Plaza.

Pennsylvania Station helps around 1,000 people per second reach their destinations. That means endless potential customers, partners, and employees are always passing through the neighborhood. Numerous types of transportation serve the station, including Amtrak, commuter rail, New Jersey Transit, the New York City Subway, the PATH train, and New York City Buses. Penn Station is divided into separate areas for Amtrak the Long Island Rail Road, and New Jersey Transit. Buying tickets online and in advance is the best way to travel via Penn Station. Be sure to use the correct entrance to get into Penn Station; choosing the entrance closest to your chosen mode of transportation will save time and reduce your chance of getting lost. Wait for your transportation in a cafe or a restaurant; the seating there is more comfortable than the seating in the concourse.

Penn Station isn’t all business and transportation. It also includes Madison Square Garden, a multi-purpose indoor arena located between 7th and 8th Avenues from 31st to 33rd Streets. Named after James Madison, The Garden, or MSG, is the oldest sporting facility in NYC as well as the world’s second most popular music venue. Locals and visitors can watch ice hockey, basketball, boxing, concerts, ice shows, wrestling, circuses, and other forms of entertainment. The New York Rangers, the National Hockey League, the New York Knicks, and the National Basketball Association operate in MSG. It went through a $200 million renovation in 1991.

Penn Plaza houses plenty of restaurants, hotels, and gyms as well. Looking to get out of the office and grab lunch or coffee with coworkers in the Penn Plaza area? Check out these Time Out-recommended restaurants in the area: Keens Steakhouse, L’Amico, Her Name is Han, or Salumermia Biellese. If business partners or clients are coming to town and need somewhere to stay, recommend Manhattan NYC, An Affina Hotel, Hotel Eventi, TRYP By Wyndham Times Square South, or Renaissance New York Midtown Hotel. Visit Blink Fitness – Penn Station or Equinox Bryant Park to get some exercise after work.

Penn Station office space for lease | By the numbers

Penn Station office space tends to lease for around $68.75 per square foot for all classes and $78.75 per square foot for Class A. This pricing is similar to that of other popular NYC neighborhoods, such as Grand Central and East Side but cheaper than the Midtown Manhattan average of just under $76.50 per square foot. Overall, Penn Station houses more than 17 million square feet of total inventory, about 7 percent of which is currently vacant. Right now, more than 11 million square feet of new office space are under construction in the neighborhood as well.

Up-and-coming neighborhood Hudson Yards, a new redevelopment zone and the biggest private real estate development in United States history, has been expanding the Midtown Manhattan business district outward. Once Hudson Yards is finished, it will include high-rise commercial and mixed-use towers and more than 6 million square feet of office space. Prominent companies like Coach, L’Oreal, SAP, and Alphabet subsidiary Sidewalk Labs are snatching up space in Hudson Yards, which is another great Midtown Manhattan location to consider that’s near Penn Station. Hudson Yards office space can lease for as much as $150-200 per square foot. However, the city of New York has attempted to make the development a more attractive option for companies looking to set up shop by offering a discretionary tax break, contingent upon the creation of a fixed number of jobs.

The closest airports to Penn Station are the Newark Airport and LaGuardia. Newark may be a better option of the two because NJ Transit can deliver passengers straight from Newark to Penn Station.

Penn Station links Amtrak, the New York City subway, the Long Island Railroad, New Jersey Transit trains, and Madison Square Garden with the rest of Manhattan. Easily access Chelsea’s impressive tech scene, Times Square’s iconic entertainment, and talent and business throughout Manhattan and the rest of the city. Don’t miss out on securing Penn Station office space in one of the most connected NYC neighborhoods ever.

Contact one of our experienced brokers, who would be happy to suggest office space to exceed your business needs. Or, just look up 2 Pennsylvania Plaza, 1001 Avenue of the Americas, or 5 Penn Plaza, all highly recommended properties in the neighborhood:

– 2 Pennsylvania Plaza: 2 Penn Plaza is a 32-story office building located on 7th Avenue between 31st and 33rd Streets. Built in 1968, this building has more than 1.5 million square feet of rentable office space. Currently, two units are available for rent in 2 Penn Plaza; one is 24,184 square feet in size, and one is 27,344 square feet in size. Contact us for pricing information and other details. 2 Penn Plaza includes The Pennsy Food Hall, which is a chef-driven food hall with an outdoor beer garden and a variety of food and drink options. Grab coffee nearby 2 Penn at Tim Horton’s Dunkin’ Donuts, Starbucks, or Cafe R. Tenants using office space at 2 Penn Plaza include Dell EMC, Avaya Communications, Urban Engineers, Axiom Markets, and Madison Square Garden. Easily access this property via trains 1, 2, 3, A, B, C, D, F, M, N, Q, R, or W.

– 1001 Avenue of the Americas: 1001 Avenue of the Americas is a 24-story office building located at 37th street. The building is equipped with high-speed elevators, coworking spaces, meeting rooms, and 24/7 access. It is conveniently located near the Garment District, Penn Station, Herald Square, and Madison Square Garden. Hypercorp, Infostretch, Porticus, and CTRL Labs all rent office space at 1001 Avenue of the Americas. Right now, 18 units ranging from 150 to 12,020 square feet in size are available for rent. Contact SquareFoot to schedule a tour, learn more about pricing, or ask other questions about the property. Use the Orange Line, Red Line, or Yellow Line to reach the building, which has a Walk Score of 100. Plenty of restaurants dot the area as well; try Cho Dang Gol, The Australian, or Mexicue for lunch.

– 5 Penn Plaza: Built in 1916, 5 Penn Plaza is a 26-floor office building located between 33rd and 34th Street right across from Penn Station and Madison Square Garden. The building features fully furnished offices, a board room overlooking Manhattan, a videoconferencing studio, and a lobby with a concierge and a small shop. Current tenants at 5 Penn Plaza include HLW International, Aetion, St. Vincent Catholic Medical Centers of NYC, TD Bank, Microdesk, and Puma. Fifteen units are currently open and available for lease. They range from 80 to 15,000 square feet in size. To schedule a tour or find out more about pricing, contact SquareFoot. Try out Best Bagels and Coffee or Tim Hortons for breakfast or coffee and visit Stage Door, Tick Tock Diner, or Jimmy’s Burger Shack nearby for lunch.

Pennsylvania Station was first built in 1910. McKim, Meade, and White designed the station using the Beaux-Arts style. Late art historian Hillary Ballon said of Penn Station: “Penn Station did not make you feel comfortable; it made you feel important.”

In the 1920s, Midtown Manhattan was reborn. Once a forgotten part of town, investors transformed the neighborhood into a business district, complete with the engineering feat of Grand Central Station. Though Lower Manhattan had previously driven most of the city’s economy, Midtown became a force of its own that rivaled even Wall Street with its business influence.

In 1925, developers broke ground to build the third iteration of Madison Square Garden. The arena opened on Dec. 15, 1925.

Though Penn Station was very successful and became one of the nation’s busiest transportation hubs, it briefly decreased in popularity with the invention of the jet engine. That’s why Penn Station was eventually torn down in 1965. Madison Square Garden and the newer, smaller version of Penn Station were built in its place in 1968.

In 2018, developers began building a new train station, Moynihan Station, at Penn Station. Other proposed additions include enacting a $1.6 billion plan to update the station and adding another main entrance at 33rd street. Hopefully, the new entrance will bring more light into the station.