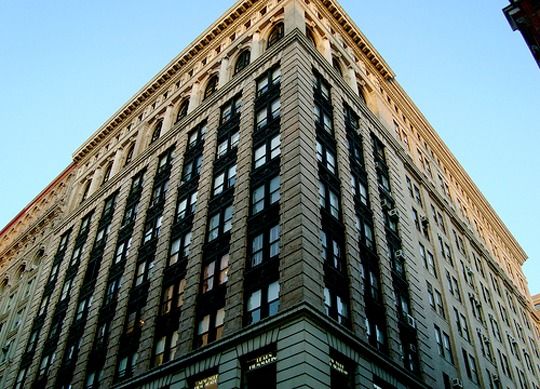 568 Broadway is a New York City landmark that was formerly called the Havemeyer Building. Originally built in 1895 as a sewing factory, 568 Broadway has since been converted into a 300,000 square foot office building. The tenants are largely start-up technology firms and lend to the building’s entrepreneurial atmosphere. Notable tenants include Foursquare, Thrillist, ZocDoc, and 10Gen. Thanks to 12-foot ceilings and large windows, the interior of the building enjoys a great deal of natural light, helping facilitate the creative process. Coupled with the strategic location of SoHo and access to multiple subway lines, 568 Broadway is a great location for many small firms.