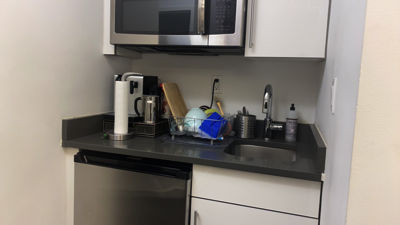 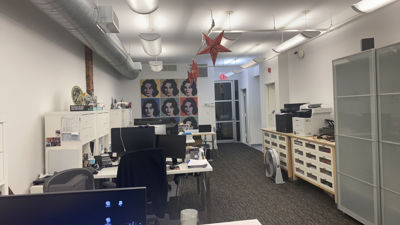 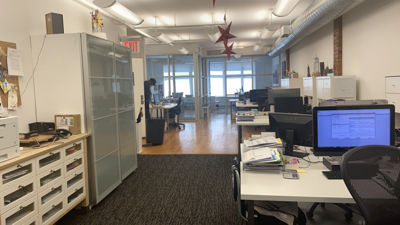 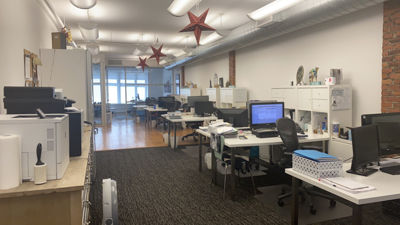 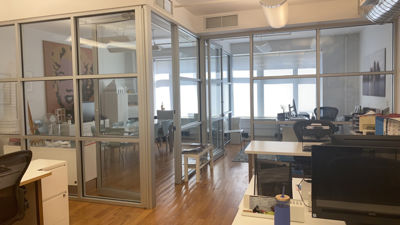 Grand Central is an iconic transit center in the heart of Midtown. It’s one of the most recognizable and visited sites in the world, known for its dazzling Grand Concourse ceiling, famous Information Booth Clock, and the Tiffany Clock above the entrance. Officially named Grand Central Terminal, locals prefer to call it and the surrounding neighborhood Grand Central. The main entrance lies at the intersection of East 42nd Street and Park Avenue.

Grand Central names not only a transportation hub but also a neighborhood. “Grand Central Terminal stands as a universal symbol between New York City’s past and present,” Jacqueline Kennedy Onnassis once said. The incredible ease of commuting from around the city and northern suburbs along with the terminal’s location in the heart of Midtown make the area surrounding Grand Central ideal for businesses of all shapes, sizes, and industries.

What our brokers say about Grand Central

The United Nations Headquarters operates less than a mile away from Grand Central, and many foreign consulates, embassies, and international non-profits are clustered between the two. Therefore, companies with international and global connections, particularly law firms, will find themselves in good company near Grand Central.

Outside of Grand Central, Salvation Taco serves some of the city’s most inventive tacos, and Katsu-Hama offers both a take-out sushi counter and casual dining service with their famous pork katsu. Head to the Great Northern Food Hall for quick, Nordic-inspired bites or to UrbanSpace Vanderbilt to satisfy any other craving.

Grand Central is a great place to shop as well. The transportation hub itself contains 60 shops. Whether you’re looking for big-name stores—like the Apple Store, M.A.C. Cosmetics, Rite Aid, and Vineyard Vines—or some local places—like Tia’s Place and Central Watch, Grand Central has you covered. Grand Central even has a tennis club. Visit the fourth floor and play a few games.

Both Bryant Park and Central Park are within walking distance of most buildings surrounding Grand Central.

Grand Central commercial space for lease | By the numbers

Getting around: Transportation in Grand Central

Excellent transportation may be Grand Central’s most attractive quality. Whether you want to drive, take the subway, ride a bus, ride the commuter rail, or catch a flight, Grand Central has something nearby for everyone.

Drivers can take FDR Drive along the East River or the Queens-Midtown Tunnel from Long Island, which exits into Manhattan just over half a mile from Grand Central. As with all of NYC, we don’t recommend driving unless absolutely necessary. To fly, use LaGuardia Airport or JFK.

To begin your search for suitable office space in the Grand Central area, our experts at SquareFoot have identified these three top-notch properties in the neighborhood. Find property in one of these buildings or contact one of our real estate brokers for other suggestions.

– 299 Park Avenue: Built in 1967, this office building rests at the corner of 29th Street and Park Avenue. It stretches 43 stories into the sky and includes more than 1.2 million square feet of rentable office space. 299 Park Avenue was recently renovated and offers high-quality office space in a central business district near many other businesses and a variety of transportation options. Current tenants of the building include Bardin Hill Investments, Consulate General of Japan, Alaska Permanent Fund Corporation, Rockpoint Group LLC, and One William Street Capital. Currently, 15 units are open and available to new renters. They range from 80 to 29,812 square feet in size. Contact our brokers for pricing information or for a tour. Take trains B, D, E, F, M, S, 4, 5, 6, or 7 to 299 Park Avenue. Several parking garages are available nearby as well. For lunch, walk to Maloney & Porcelli, The National, or Sushiden.

The New York Central Railroad granted Grand Central Terminal its name back in the early 1900s when it was just a steam railroad station. The station was constructed to connect the Hudson River Railroad, the New York and Harlem Railroad, and the New York and New Haven Railroad. The plans for Grand Central began with Cornelius Vanderbilt in the late 1860s. He envisioned the three railroads uniting at a single station, so he hired John B. Snook to design his vision at the site of the 42nd Street depot.

On Sept. 1, 1869, construction began, and it was finished just over two years later. By 1897, the station was very successful and helped more than 11.5 million passengers reach their destinations annually.

About 30 years later, other investors proposed updates to the structure, which resulted in a complete rebuild. They began building the new Grand Central Terminal on June 19, 1903, and it opened for business again about a decade later. Grand Central Terminal’s success increased population and economic development in the area. In 1947, more than 65 million travelers passed through the station.

More improvements have been made even in the last several decades. On Feb. 1, 2013, the station celebrated one hundred years of operation. “For one hundred years, Grand Central Terminal has been one of the preeminent symbols of New York City and a world famous architectural treasure,” according to the Grand Central Partnership website.

Today, Grand Central Terminal houses not only the MTA Metro-North Railroad and subway station (lines 4, 5, 6, 7, and S) but also features fine dining, shopping, and activities. After Times Square, Grand Central is the most often visited location in New York City. In fact, more than 750,000 people come to Grand Central every day.

So what’s the future of this iconic transportation hub and the surrounding neighborhood? The new challenge for Grand Central is to ensure it continues serving New York City’s growing and changing transportation needs for many years into the future. Currently, developers are working on opening to Long Island commuters. That means that soon Long Island Rail Road (LIRR) trains will help commuters get from Long Island to Manhattan’s East Side via Grand Central Terminal. This service, which is expected to benefit approximately 162,000 LIRR commuters, “also will establish connections between the LIRR and Metro-North Lines, as well as linking Grand Central to the JFK Airport via the AirTrain through Jamaica Station in Queens,” according to the Grand Central Terminal website. The Long Island Rail terminal will operate underground about 140 feet below Park Avenue.