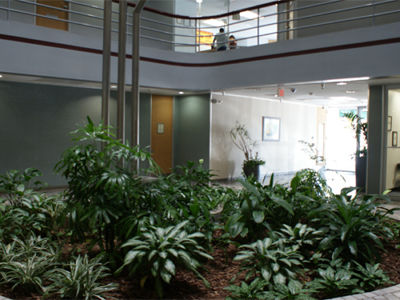 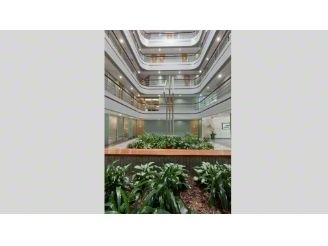 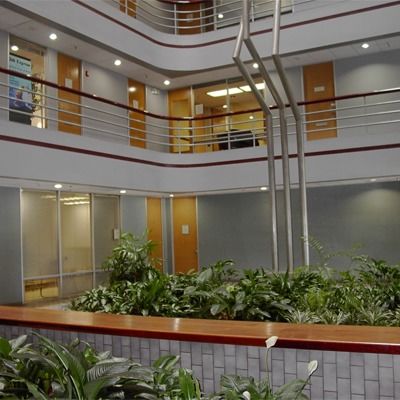 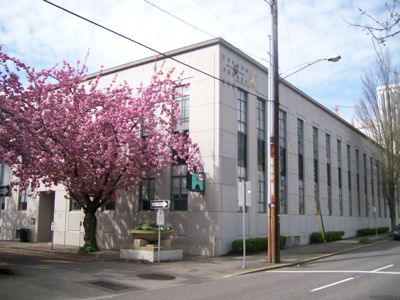 Harwin Place, located at 6666 Harwin Dr., is ideally positioned near the Southwest/Hillcroft submarket in Houston, Texas. The Propertys ideal location offers direct access to U.S. Highway 59 (Southwest Freeway) and convenient access to the Westpark Tollway as well as being easily accessed by nearly all of Houstons major highway systems including: Loop 610, Interstate 10 (Katy Freeway) and Sam Houston Tollway (Beltway 8). <br><br> The Property features a parking ratio of 3.29/1,000 and an attached, two-story parking garage with egress/ingress controlled by two entrances, one along Harwin Dr. and the other along 14th St.<br><br> Built in 1981 and renovated in 2005, Harwin Place offers a stable, diverse rent roll providing a great opportunity to increase revenues through renewals.

Portland’s Lloyd District is a popular commercial hub – although not in the ways one might expect. Portland’s busy Lloyd District is best known for the Moda Center, an impressive arena that is home to the Portland Trailblazers, and hosts big-name comedians and star performers. The Lloyd District is also home to other notable institutions, including The Oregon Convention Center, the Veterans Memorial Coliseum, the Legacy Research Institute, and the Lloyd Center Mall.

Bound by the Willamette River to the west, NE Broadway Street to the north, NE 15th Street to the east, and I-84 to the south, the Lloyd District is a commercial conundrum. The neighborhood lies in Portland’s urban core, yet many locals consider the area a one-stop destination for shopping or concerts. However, there’s been a shift in recent years and the commercial revitalization of the Lloyd District is in full swing. If you’re ready to find a property at the heart of one of Portland’s biggest urban transformations, the Lloyd District should be on your radar.

The trend remains true for Class A rents , as the average cost for Class A office space in Portland’s Lloyd District totals $33 per square foot, compared to the urban core average of $39 per square foot. The price advantage is significant, especially considering other central Portland neighborhoods, like the Inner Eastside where Class A properties rent for nearly $43 per square foot.

But what kinds of properties are available in Portland’s Lloyd District? The neighborhood holds an inventory of 17 commercial buildings with office space for rent. Within those buildings, there is nearly 2.5 million square feet of commercial office space.

The office space in Portland’s Lloyd District is well-established. In fact, it is the only neighborhood in Portland’s urban core that doesn’t currently have new commercial office space under construction. Instead, many of the buildings showcase architectural designs of the ‘80s and ‘90s. Although commercial properties in the Lloyd District are less modern in comparison to other parts of the city, the area continues to draw impressive tenants to its taller buildings like the Lloyd Center Tower, the Lloyd 700 Building, and the Oregon Square building.

What Our Brokers Say About Lloyd District Office Space for Lease

Companies searching for large corporate space have found huge success with commercial properties in the Lloyd District. Genentech, a sizable Biotechnology company from the Bay Area, just signed a lease for a 55,000 square foot office space in the Lloyd Center Tower – one the city’s biggest commercial transactions in Q3 2018. Set to open its Portland office in Spring 2019, Genentech is already anticipating the success of the new Lloyd District headquarters. Once open, the office “will house employees working in Genentech’s Access Solutions Team, mostly call center workers offering support services for patients and physicians regarding Genentech medications.” The company’s move is significant for Portland’s Lloyd District, as it shows the area’s appeal for other global firms.

Getting to, From, and Around the Lloyd District in Portland

The Lloyd District offers a wealth of transportation options for Portland commuters. Although the area isn’t particularly pedestrian friendly, bike paths, bus lines, streetcars, and rail lines make alternative modes of transportation accessible. For bikers, the Broadway Bridge provides a gateway for cyclists crossing into Downtown and Northwest Portland, as well as a path for those headed north up Vancouver Avenue. Many bus and rail lines connect at the Rose Quarter Transit Center – a popular commuter hub that serves Trimet bus lines 4, 8, 44, 77, and 85. The transit stop also connect the MAX Blue, Red, and Green lines, making trips to the airport and neighboring suburbs easy.

While the Lloyd District will continue to be a mainstay for entertainment and shopping, there’s a new reason to invest in Lloyd District property. Over the past couple years, a group of high profile chief investment officers, city planners, and international designers have been formulating a radical blueprint to re-imagine the Lloyd District, also known as the Rose Quarter. And this year, it’s been gaining traction. Rukaiyah Adams, a chief investment officer from Meyer Memorial Trust, is championing the Albina Vision Trust: “a bold idea to transform 94 acres centered on the Rose Quarter into a high-density, mixed-use neighborhood.” Under the Albina Vision Trust plan, the Lloyd District will grapple with its problematic history, one that involved leveling African American homes and businesses the ’50s and ’60s to make way for parking lots and large plazas. But the plan will also look forward, as Adams claims: “In the same way injustice can be carried out through urban design…we can express justice through urban design.”

In the future, the Lloyd District could be a space filled with waterfront parks, reactivated city sidewalks, and inclusive commercial opportunities. For companies ready to be at the forefront of Portland’s future development, the Lloyd District is an area that shouldn’t be overlooked.