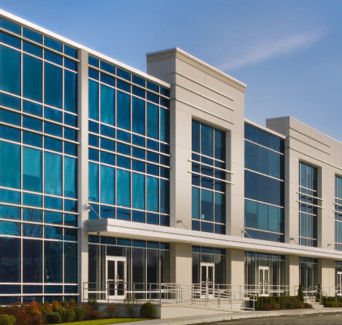 With its prime location right on the Main Line, Bala Cynwyd is a convenient midpoint between the Philadelphia Central Business District and surrounding suburbs. The neighborhood is something of a suburban-urban hybrid, with near-instant access to downtown and an abundance of stone mansions dating back to the early 20th century.

The residential component of the neighborhood is synonymous with affluence, as houses here are among the city’s (and, some say, the nation’s) most magnificent. This draws businesses seeking proximity to the city center, but also desiring the advantages of a quieter setting.

The typical business here ranges from financial giants (notable businesses include the Susquehanna International Group, or SIG) and accounting firms, to smaller legal and medical firms. The region also claims proximity to two institutions of higher learning: Just on the other side of City Avenue, a mere five-minute drive, 10-minute bus or 15-minute bike ride from Bala Cynwyd, are St. Joseph’s University and the Philadelphia College of Osteopathic Medicine. Their proximity aligns with both the medical offices and religious institutions that dot the district, making for a direct link between talent and local businesses.

The low vacancy rates and limited available inventory in Bala Cynwyd have contributed to higher-than-average asking rates of under $32 per square foot for all classes, compared to the average $25 per square foot in all suburban Philadelphia neighborhoods. Class A office space goes for nearly exactly $32 for square foot.

There is no inventory under construction in Bala Cynwyd at the moment.

What Our Brokers Say About Bala Cynwyd Office Space

This community in the city’s chic, historic Lower Merion Township is attractive for both businesses and residents. Top-rated restaurants can be found either in Bala Cynwyd or the immediate vicinity, such as Pescatore and Cotoletta.

Plus, one of the neighborhood’s major borders, City Avenue, is a veritable shopping hub – this busy main street boasts a variety of retailers ranging from Target to Lord & Taylor. Over 130 shops and restaurants deck its 3-mile stretch, which starts in nearby Overbrook but accelerates in Bala Cynwyd. Because of its wide span and diversity, City Avenue is the second-densest office market in the Philadelphia region – second only to Center City. Employers on the stretch include institutions of higher learning, over 20 media outlets, several financial institutions, insurance companies, and healthcare facilities.

Seeing as this is more a suburban section of Philadelphia, most commuters opt to arrive to Bala Cynwyd by car. With the freeway bordering the town (as U.S. Route 1 along City Avenue), it’s easy to reach from the Schuylkill Expressway. 60,000 commuters arrive to the region through the thoroughfare every work day. It’s a good thing, then, that parking is easier here than it is in other regions; most office buildings offer an ample number of spaces.

Because of its relatively sprawling characteristics, the area isn’t known for its walkability (though walking certainly gets easier around City Avenue). However, the neighborhood does have service at two separate SEPTA stations: the Bala Station at City and Bala Avenues, and the Cynwyd Station on East Montgomery Avenue. During commute hours, both are served by the Cynwyd Line Regional Rail, making it easy to reach both 30th Street Station in University City (a roughly 15-minute ride) and Suburban Station in Center City (a 20-minute ride). Several SEPTA bus routes also run through the region, straight to downtown. Biking is possible, but cyclists won’t find as many bike stations in Bala Cynwyd as they would in other Philly neighborhoods.

Get to Know Bala Cynwyd

Welsh Quakers who arrived to the banks of the Schuylkill in the late 17th century gave Bala Cynwyd its Celtic name. These Welsh were the original western settlers to purchase land from William Penn in this picturesque pocket, long inhabited by the Lenape people (a collection of tribes under the Algonquin Nation). By 1920, Bala Cynwyd had transformed from rural farming communities to a veritable suburb of Philadelphia, with daily trains to the city. (One such station, the now-defunct Barmouth train station, was once a part of the Pennsylvania Railroad but has since been converted to a historical landmark.)

As the separate SEPTA stations would indicate, Bala Cynwyd was originally comprised of two separate towns – Bala and Cynwyd – until the arrival of the Bala Cynwyd post office sealed their unity with a single zip code.

Today, the district’s history is honored with a number of well-preserved or restored national landmarks. The Merion Friends Meeting House, which has been active for over 300 years, is listed as a National Historic Landmark. The former, opulate Bala Theatre (previously known as the Egyptian Theatre) opened in 1926 as a vaudeville theater and movie house, and ran continuously as the latter until 2014.

Pedestrians can enjoy the scenic, recently-restored Manayunk Bridge that links Bala Cynwyd to Manayunk across the Schuylkill River. On the Bala Cynwyd side, the bridge also connects to the Cynwyd Heritage Trail, a park and rail-trail that’s popular for its tree-lined roads and informative labels that illustrate the region’s history.

The other leafy spots here are largely peaceful memorial centers. The Westminster Cemetery, which sprawls near the Schuylkill River with over 100 acres of green, is dotted with historic tombs dating back to 1894.