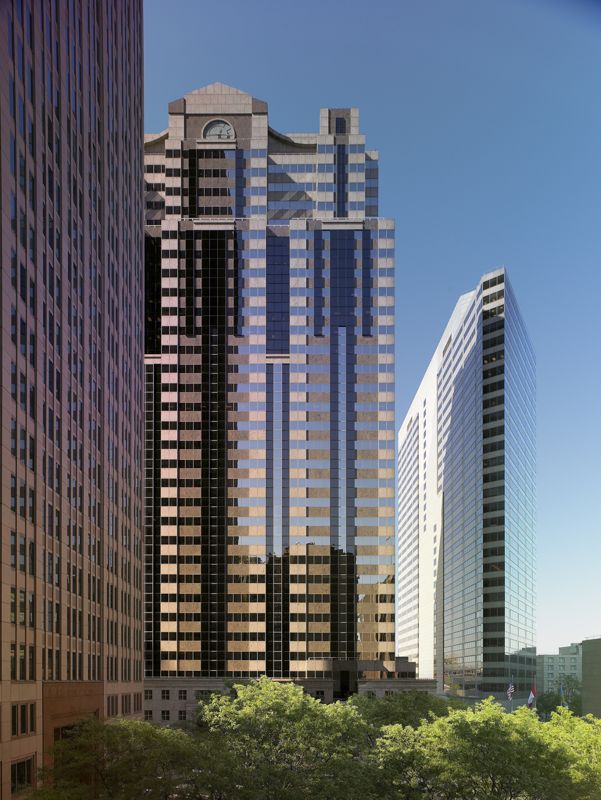 With such variety, it’s only natural that businesses of all types flourish here. Digital ad agencies work in the same high-rises as do national medical boards. Proximity to City Hall attracts law firms and policymakers, and the numerous cultural institutions draw creative types. There is also a number of mixed-use complexes in the district, a response to the growth in demand for both office space and downtown housing.

Professional, business and financial services, real estate, and information industries dominate the Center City commercial real estate market, and account for 40% of jobs in the area. Next up are education and health services, mostly employed by the 15 colleges and universities and five hospitals in the city.

Other major industries include entertainment, leisure, hospitality, and retail, which – thanks to the nearly 250 arts and cultural institutions, 12,000 hotel rooms, 1,000 retail shops, and 450 full-service restaurants, provide 16% of jobs downtown. Government is strong here as well – federal, state, and local government provide 12% of downtown jobs.

Notable buildings in Center City include the Comcast Center (and its soon-to-be neighbor, the Comcast Technology Center), Liberty Place, One Washington Square, Three Logan Square, and the sprawling Penn Center.

Each of the 25 blocks that span between the Schuylkill and Delaware rivers that border Center City has something to offer –  the district is home to 42% of all jobs in Philadelphia.

Center City is home to most of the Philadelphia Central Business Districts’ nearly 50 million square feet of office space. 2018 saw the completion of the Comcast Technology Center at 1800 Arch Street, a $1.2 billion, 59-story, LEED certified project. The space was designed to accommodate engineers, hotel guests, emerging tech companies, and the teams of Comcast-owned NBC 10 and Telemundo 62, which moved from their former office in Bala Cynwyd.

Other popular areas to rent office space in Downtown Philadelphia include the Navy Yard, South Philadelphia, and University City.

What Our Brokers Say About Center City Office Space for Rent

Commercial development is going strong in Center City, with multiple Fortune 500 companies expanding or relocating their corporate headquarters to the area.

In addition to the Comcast Technology Center which opened in fall 2018, noteworthy developments include Aramark, which is moving from Market Street East to the former Marketplace Design Center, and Thomas Jefferson University, which took advantage of the empty space left by Aramark to sign a 23,000 square-foot lease. The area East of Broad Street is seeing a surge in development as well, with a number of both creative offices and nontraditional workspaces opening up.

Get to Know Center City, Philadelphia

A high concentration of businesses, retailers, dining, and apartment complexes makes City Center eminently accessible. Walk Score has ranked it the most walkable neighborhood in Philadelphia, with a 99% Walk Score, 91% Bike Score, and 100% Transit Score. These high rankings make sense: Nearly every major transit line passes through Center City. The SEPTA rail, subway, trolley, and bus lines merge with PATCO and NJ Transit to transport 290,000 individuals each weekday to Center City. Daily commutes through Center City via the bike-sharing service Indego fluctuate between 1,000 in colder months, and 3,000 in warm weather.

There are more bars and restaurants in Center City than in any other district in Philadelphia. Notable darlings of the Philly culinary scene include Barbuzzo, Zahav, and Morimoto. For drinks, our team recommends the Franklin Bar, Cooperage, and Butcher Bar.

In 2017, business travelers accounted for almost one-third of all hotel room nights – and out-of-town clients have their pick of top hotels, including the Rittenhouse Hotel and Loews Philadelphia Hotel (the site of the former PSFS Building).

In Old City, it’s hard to say which pull more weight – the impressive museums or the stately churches that sit patiently, humbly in this epicenter of American history. In Christ Church, Benjamin Franklin is buried and the baptismal font in which William Penn was baptized is still in use; just around the corner sits a piece of history, firmly woven into American folk legend, at the Betsy Ross house. Additional sites are closeby – notably the Philadelphia History Museum, the National Museum of American Jewish History, the National Constitution Center, and the Liberty Bell. Together, they attract throngs of tourists and locals, especially in the warmer months. The Avenue of the Arts on Broad Street is also in Center City.

The pride of Philadelphia – Independence Hall – graces Chestnut Street. Hailed as the birthplace of democracy, today it draws visitors seeking tours of its historied halls. Its quiet demeanor is a sharp contrast to nearby Reading Terminal Market, where vendors of all types have been hawking goods to steady foot traffic since 1893.

The past two decades have seen a surge in full-time Center City residents; since 2000, the district’s population has increased by 21%. Millennials make up 40% of the downtown population, with empty nesters and families with children behind them.

Each of the city’s five original squares sits here, drawing workers seeking shade during summer lunches, and passersby swinging through shop and cafe doors in the winter.