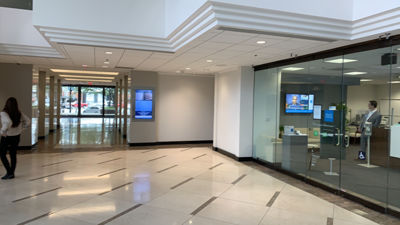 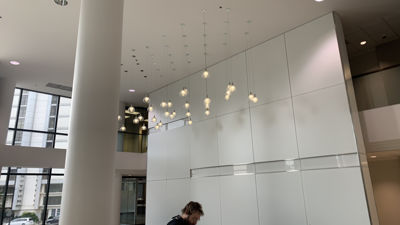 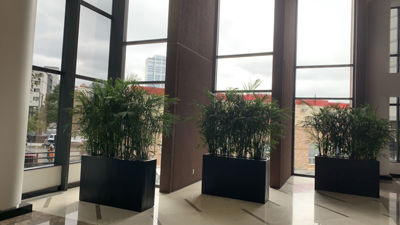 West End is a unique part of Nashville, TN, combining commercial buildings and hotels with a rich atmosphere for musicians and other creatives. Near Vanderbilt University, Nashville’s West End neighborhood is home to a bustling entertainment scene and plenty of recreational areas throughout, including the notable Centennial Park, so you’ll find no shortage of nightlife activities. Reach out to us when you need to find the right West End office space for lease.

Despite the hit of the pandemic, Nashville has had a fair amount of commercial growth in office leases, with data from Cushman & Wakefield reporting absorption increasing to 300k square feet of office space, primarily in metropolitan areas. Adversely, an overall increase in office vacancy for the second quarter of 2021 has plagued the city, with only a few lease renewals and new leases going into effect.

Additionally, there has been no shortage of new leases, with the Broadwest Creative Office being among the newly leased properties from Q2 of 2021. The West End submarket’s overall vacancy rate has increased from 9.1% to 14.9%; however, net absorption is still high, indicating the potential for growth in the future. Subleases were not as popular during Q2, with only approximately 1.1% of space available for sublease.

Amazon completed office construction projects during the second quarter in Nashville. The increased demand for office space in the city has also led to an increase in property investment, such as Palmer Plaza in West End. Right now, West End has 2,457,873 square feet of occupied and vacant office space, and overall rent for office space currently averages around $35.51.

What Our Brokers Say about West End Office Space

West End is a slowly-changing community rich in history and entertainment options, but its lively atmosphere makes it an ideal place to have a thriving business or office. The pharmaceutical industry is rather popular for work, as well as the entertainment industry, considering Nashville’s rich music history and West End’s grungy, rock influence.

The need for office space will only grow as businesses form in or move to the West End area. Despite being in a neighborhood geared towards entertainment, there are several suitable options for working in an office space. Nashville alone has over 60 million square feet of usable office space available for lease in its inventory, including many spaces that are vacant.

811 Royal Parkway: Called Metropolitan Airport Business Center, this commercial building was a former call center with 12 conference rooms and spans 20,000 square feet. Included with the space are several pieces of furniture, and there are many indoor upgrades, such as a wet pantry.

15 Century Boulevard: This office building allows 24/7 access to its six floors and features an attended lobby. With 6,611 square feet, this building is an attractive option for your medium-size company’s workplace.

2300 Charlotte Avenue: At 4,185 sq ft, this commercial real estate building features excellent natural lighting, concrete floors, and an exposed ceiling, giving it a modern yet industrial feel. This property is available for subleasing and has an easily adaptive interior, making it perfect for entertainment or work.

Get to know Nashville’s West End

The West End is popular among younger generations and ambitious entrepreneurs in the entertainment industry. Business owners can easily take advantage of the neighborhood’s diversity in both work and pleasure. You can easily travel around West End Nashville by getting an all-day pass for the WeGo Public Transit system.

Different types of music, food, and art are all found throughout the West End. Rotier’s Restaurant and Amerigo Italian Restaurant are some of the top dining options in the area for lunch or dinner. The entertainment opportunities are endless – attend a concert or see the full-size replica of the Greek Parthenon at Centennial Park, or visit the Belle Meade Plantation.

Why should you rent office space in West End? Office building vacancy is currently high, meaning it’s prime time to lease office space in the neighborhood. West End’s diverse cuisine, music, and recreation offerings are seemingly endless, making it an excellent place for entertaining your employees and relaxing after work. Along with this, three interstates (I-65, I-40, and I-24) connect to Nashville, so traveling to the city is quite direct.

Not yet convinced that West End is the place for your office space? Try exploring another Nashville neighborhood to see your other options.

West End Park: Close to downtown, West End Park is a small neighborhood near West End Nashville with plenty of office buildings at around the same rent per square foot as in West End or cheaper.

Hillsboro Village: This neighborhood is bustling with small businesses and commercial office buildings. 21st Avenue’s shopping scene and small offices make it a prime place for startup companies in the retail industry.

Airport: Nashville’s Airport neighborhood in the southern part of the city is an excellent place to set up your office because of its very affordable prices for office space and the transportation benefits of being near the interstate.

If you need to find office space for lease in West End or in any other Nashville neighborhood, don’t hesitate to contact us.