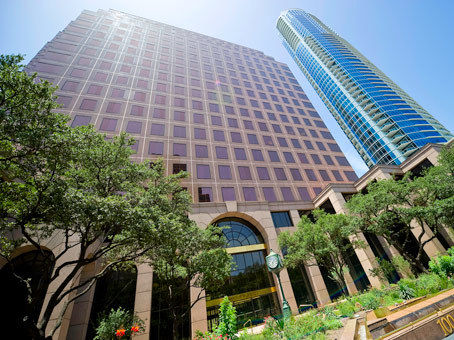 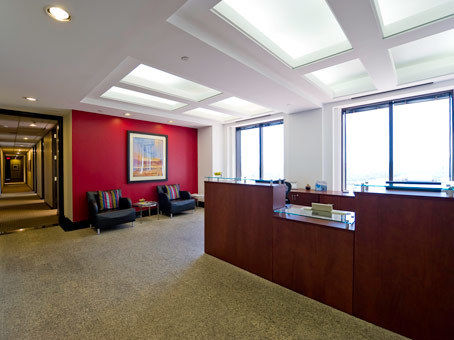 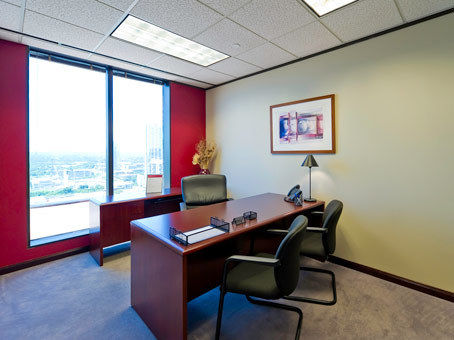 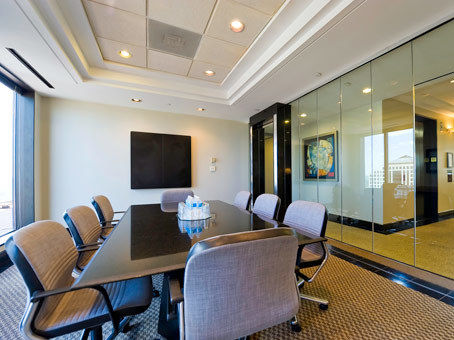 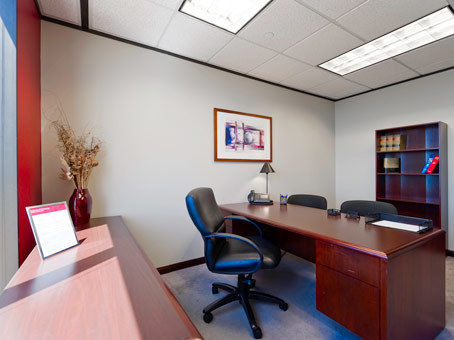 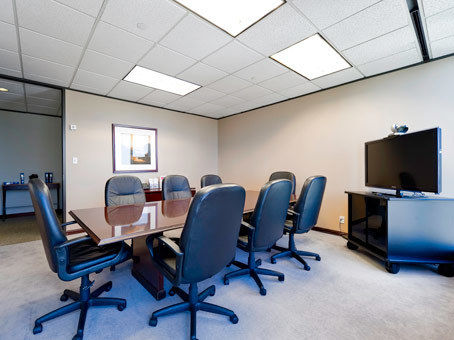 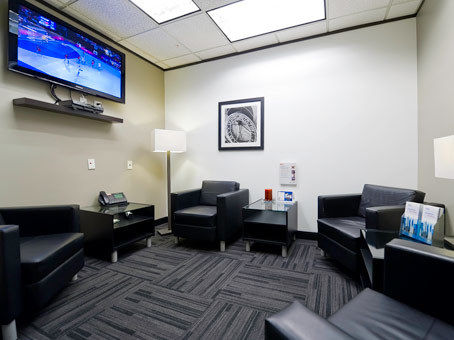 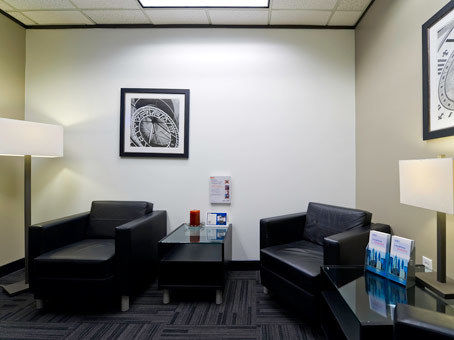 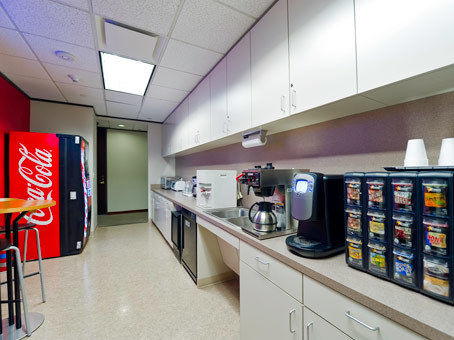 100 Congress is a postmodernism twenty-two story high rise stationed in the Warehouse District of Downtown Austin.

The building was designed by the architecture firm Hellmuth, Obata + Kassabaum and opened in 1987. The building’s bronze colored façade is distinctive because of its gabled roof and the sides of the structure which extend outward in a horizontal pyramid shape. The building’s base is a concrete, rectangular prism that is few stories tall and supports the structure’s beautiful glass keep.

A courtyard placed in front of the building’s entrance has a triangular shape. Two paths lined with tidy rows of trees naturally guides pedestrians from the street into the lobby. The building’s lobby has a façade that is construct of a wall of glass and two marble columns that lead into a two story space with pale and dark marble floors with a bank of four elevators directly across from the lobby’s entrance.

The building’s current tenants include US Compression, Richie Gueringer, Allensworth & Porter, all of which enjoy walking distance access to the Austin’s Convention Center and the State Capitol.

Access to I-35 and Austin’s Downtown light rail stop, which heads to the city’s northern suburbs, is easily available for 100 Congress tenants. The building also features a health club and retailer options on campus as well as a basement garage with over five hundred parking spaces and the city’s thriving Downtown restaurant and bar scene.