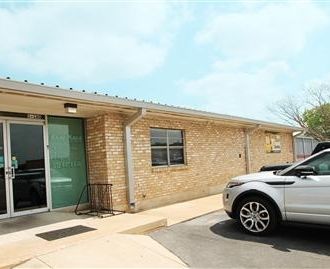 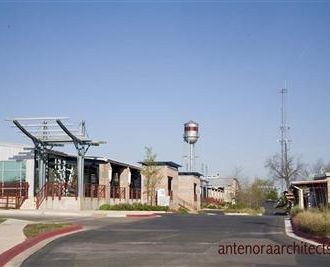 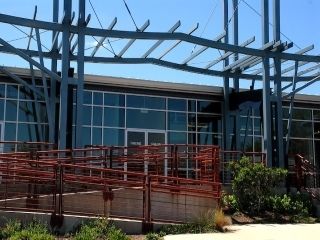 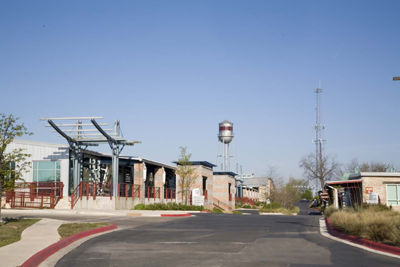 South Congress is beloved by locals and tourists alike for its vibrant culture and expressive arts scene. With a wealth of funky food trucks, streets of hip boutiques, and live concerts on every street corner, South Congress is largely responsible for “keeping Austin weird.”

In a city that prides itself on all things funky and artsy, South Congress is Austin’s heart. Major draws to the neighborhood include the Continental Club, a legendary site for rock, jazz and blues acts, and the world’s largest urban bat colony: visitors and locals congregate under the Congress Avenue Bridge nightly in the summer to watch the bats take flight. Other neighborhood perks? The most Instagram-able view of the Texas State Capitol, and some of the best brunch plates in the city.

South Congress is a dream location for any company searching to fill their office with creativity. The neighborhood’s spine, South Congress Avenue, is lined with the city’s hippest thrift stores, vegan bars, neon lights, and craft coffee roasters. The well-established indie scene attracts an educated, creative crowd, looking for dynamic office spaces that mirror the style of their after-work haunts.

Finding commercial real estate in South Congress is highly competitive. With a small 9.5% vacancy rate, finding commercial office space in South Congress can be difficult. But if you are lucky enough to secure a spot in this vibrant Austin neighborhood, your company will benefit from surrounding client entertainment options, and your company will add to the neighborhood’s existing creative culture.

What Our Brokers Say about South Congress Office Space

While South Congress has a notable financial and corporate presence, creative businesses are encouraged to consider South Congress too. At the north end of South Congress, you can find a diverse group of commercial offices including: Sherry Matthews, an advocacy marketing firm, Statesman Media, an advertising agency, and Software Advice’s corporate office.

One of the most recent companies to make the move to the northern part of South Congress is Yeti. Yeti, an Austin cooler brand that is known for high-quality gear, is also slated to move into the area later this year. Their new mixed-use space will pair corporate offices with a storefront too.

South Congress is considered part of Austin’s broader downtown area, and as part of the central business district, the neighborhood is easily accessible. Once in South Congress, most everyday needs can be easily achieved within a five-minute walk. In addition to the variety of foods the neighborhood markets and organic grocers have to offer, our team recommends Jo’s Coffee, Home Slice, Perla’s Amy’s Ice Creams, Nomad Dosa, or any of the hip food carts South Congress has to offer.

Getting Around South Congress

As part of the broader downtown area, South Congress ranks as one of the most walkable neighborhoods in Austin. Overall, the downtown areas scores a walk score of 90, a transit score of 68, and a bike score of 93. Very few daily errands in the neighborhood require a car, especially if one lives in one of the many apartments and condominiums that line the Colorado River area.

While there are multiple MetroRail and bus stops in the area, most residents and commuters in South Congress prefer to walk or go by bike. For pedestrians, the Ann and Roy Butler Hike and Bike Trail is an enjoyable way to get to work each morning. Bikers enjoy the trail too, but if you prefer to take a less scenic route, there are protected bike lanes on some streets in South Congress. A new bike share program makes cycling to work easy for South Congress employees, as Austin B Cycle lets visitors and residents alike “Take Austin by the Handlebars.”

Today, South Congress is a nationally known hub for its vintage shopping, its eclectic culture, and its hip food truck colonies, but the area’s history looks quite different.

In the mid 1800s, South Congress was designated as the main highway to San Antonio and the central postal route to Austin. Despite proclamations of a grand thoroughfare, South Congress spent most of the 1800s as a rural country road. But twentieth century construction opened new possibilities for South Congress. Once a concrete bridge was completed to allow efficient transportation across the Colorado River, commercial enterprises started to appear along South Congress Avenue.

As the twentieth century progressed, many of South Congress’s notable icons started to take form. The neon lights of The Austin Motel started to glow in 1938, followed quickly by the Hotel San José. Legendary food stops, like the hamburger stand destined to become the legendary Night Hawk, set up shop on South Congress in 1932. Later in the century, South Congress became a creative hub for artists, musicians, including legends like Muddy Waters.

Today, South Congress is best known for its embodiment of Austin’s hipster culture. Neon signs light up the neighborhood, illuminating the best spots to shop vintage leather goods, buy slices of pizza, or rest your head. The neighborhood boasts dozens of local food trucks, a variety of organic markets, and some of the best spots in the cities to catch a country music show. All of these perks make South Congress a desirable place for local employees.