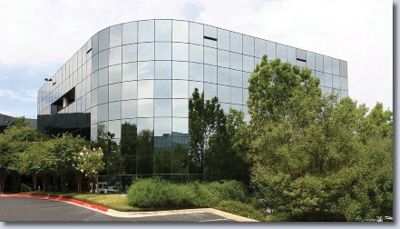 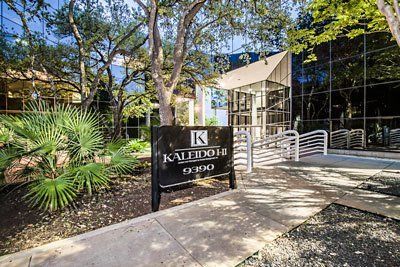 Northwest Hills is a neighborhood in northwestern Austin, Texas, that’s sometimes called “Far West” after its main street, Far West Boulevard. It has large homes, a relaxed environment, and a convenient location. This haven for professionals, families, and UT students features beautiful views, outdoor activities, and a vibrant and family-oriented community.

Residents can easily access highways MoPac and 360, Downtown, the University of Texas at Austin, and Lake Austin. The largest commercial area in the neighborhood lies between MoPac and Mesa Drive. Those who establish or continue a business here will gain much more than office space in a new area. “Most of the new residents are folks who move by choice, rather than necessity—for the wide open spaces, big sky, starlit nights, [and] clean air,” the Texas Observer notes.

What Our Brokers Say About Northwest Hills Office Space for Lease

Don’t let Northwest Hills’ nickname, Far West, fool you. It’s not that far from Downtown Austin. In fact, it’s just 7 miles away, and people can drive there in less than 20 minutes. Northwest Hills is known for its high population of both Jewish people and UT students.

Like many areas of Austin, getting around by car is a common transportation method in Northwest Hills. The neighborhood’s main road, Far West Boulevard, connects to MoPac Boulevard, which travelers can use as a convenient alternative to Interstate 35. The Capital Metropolitan Transportation Authority, or CapMetro—Austin’s bus system—also has several stops in the area for people who prefer to get around using public transportation. The Far West UT Shuttle provides transportation for students living in Northwest Hills who need to get to the University of Texas at Austin; the average commute time is just 20-25 minutes! Though Northwest Hills isn’t very walkable, it does have some bike lanes. The Austin-Bergstrom International Airport is about a 30-minute drive away.

Northwest Hills residents don’t have to travel far to find food and fun. Schedule a business lunch or an office outing at one of the following restaurants right in the neighborhood: Saffron, Biderman’s Deli, Hao-Q Asian Kitchen, Azul Tequila, or Boulevard Grill and Sports Bar. Northwest Hills also has multiple parks in the area for outdoor recreation. Those who enjoy hiking, biking, and swimming should visit the Lower Bull Creek Greenbelt. Allen Park, just a quarter of a mile away from Northwest Hills, offers panoramic views of the city and picnic areas. Those looking for a place to play sports—like volleyball, basketball, baseball, or tennis—should visit Northwest Park District.

Northwest Hills is also close to several shopping centers such as the Domain, which rests in the high-tech area of northwest Austin, and the Arboretum, which is an open-air shopping center featuring 40 shops and restaurants. The Dell Jewish Community Center and the Westover Hills Club are two popular places in Northwest Hills where people gather to engage in community activities or get some exercise.

To someone who doesn’t know Northwest Hills’ history, the neighborhood may appear to contain a strange mix of different landscapes—homes resting in both mild, suburban land with landscaped streets and beside canons and cliffsides. When David Brown Barrow Sr., moved to Austin in 1909 and designed most of the Northwest Hills neighborhood, and his wife named it.

“I have used extreme care in laying out the area . . . in order to make it very attractive,” Barrow said in 1964. “Of course, nature’s responsible for a whole lot of that. That area’s beautiful, and you have beautiful views from most places, in some places views of the lake and the western mountains.”

Barrow’s son, David Barrow, Jr., as well as Edward Barrow and Chuck Stahl, worked together to develop and expand Northwest Hills in the 1950s and 1960s. Barrow Jr. and Stahl, were both went to UT, established Barrow & Stahl Architects in the 1960s. Barrow Sr. focused in particular on constructing Texas State Highway Loop 1, or MoPac. Before its construction, Northwest Hills residents had to use Lamar Boulevard to commute Downtown.

Although the Barrows originally purchased only properties on Balcones Drive, they eventually bought properties in Mount Bonnell then began building homes in the hills. They decided to develop this difficult terrain because the City of Austin was booming, and they assumed expansion was inevitable and would eventually be quite lucrative. The plan was to create a neighborhood that could stand on its own but could also gain traction because of its proximity to Downtown Austin. By the 1950s, the Barrows and their associates owned 2,500 of the 3,500 acres of developed land in northwest Austin.