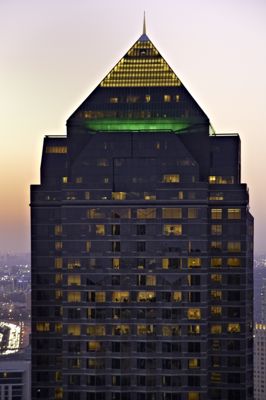 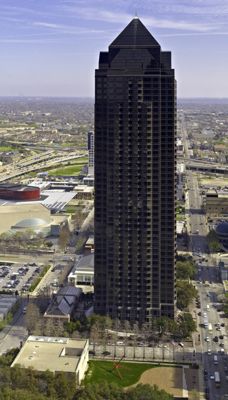 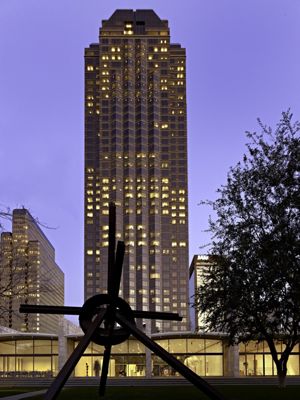 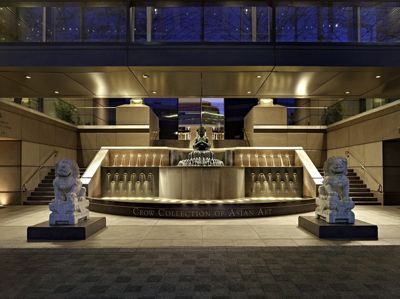 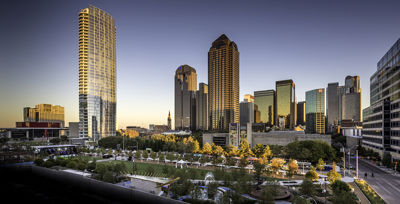 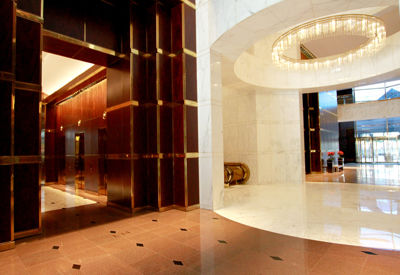 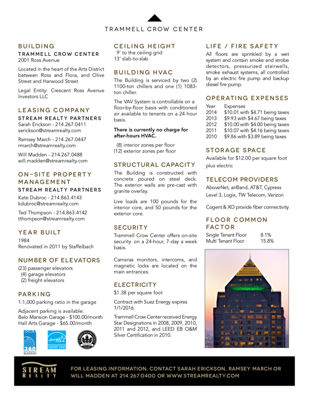 Trammell Crow Tower was designed by Richard Keating and opened in 1985. The postmodernist skyscraper is located at 2001 Ross Avenue in the Arts District of Downtown Dallas.

The fifty story structure’s facade is constructed of polished and flamed granite. The apex of the building is formed by a pyramid that is stationed on top of a rectangular base.

The building’s main entrance faces Ross Avenue. The building is set back slightly from the street, allowing for a steps and a small, welcoming plaza before the triangular arch lobby entrance. Some of the building’s current tenants include PricewaterhouseCoopers, Stream Realty, Citigroup and Invesco.

The tower’s amenities for tenants include a new conference center, athletic club, lounge, valet services, a car wash and more than an acre of outdoor space.

The Trammell Crow Tower is located in Downtown Dallas between two major highway corridors, making the commute to work by car less stressful for tenants that drive. The tower is also in close proximity to Victory Station for other tenants who use the Trinity Railway Express or DART services.