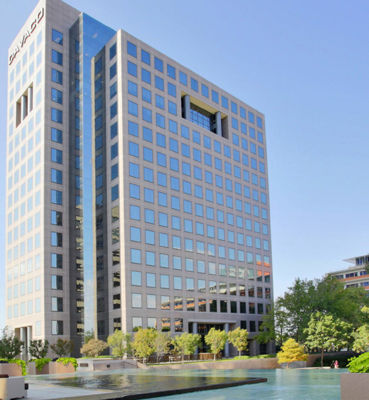 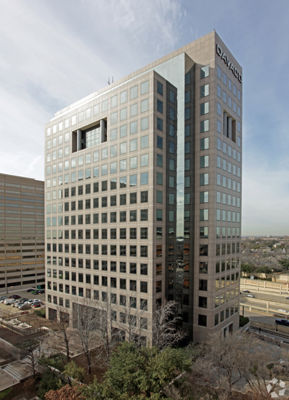 Highland Park is a town in Central Dallas County, located just four miles north of Downtown Dallas, between the Dallas North Tollway and the North Central Expressway. While it is close to the heart of the city, Highland Park is, in fact, an independent town, which along with the city of University Park to the north, forms the Dallas enclave known as Park Cities. The Park Cities each maintain their own school districts, police departments, tax structures, and municipal operations.

Highland Park is the most affluent neighborhood in Dallas, and the 4th most affluent area in the state of Texas, based on per capita income. As of 2010, the population is just over 8500 people, with a median household income of $150,000, and a median home value of over $1.6 million. The population of Highland Park is also highly educated, with nearly 75% of adults over the age of 25 holding a bachelor’s degree or higher.

The Southern Methodist University campus is located in Park Cities, lending an ivy league, college town feel to the small towns. Highland Park is known for its grand homes and oak-lined streets, and became somewhat famous in the 1980’s when the TV show Dallas started shooting on location there. It is the hometown of Robin Wright’s character Claire Underwood on House of Cards, as well as the real-life home of Dallas Cowboys owner Jerry Jones.

Highland Park gets its name from its elevated location overlooking Downtown Dallas, and also because 20 percent of the development land was originally set aside for parks.

According to Q2 2018 data, the Dallas-Fort Worth market is continuing to experience a widespread flight-to-quality trend, with many companies leaving large blocks of Class B space for newer product. Activity in the DFW market is slowing, but this is due to shifting trends in office space rentals, and is expected to promote moves to slow-to-emerge suburban markets. The shifting patterns contributing to slowed activity include slowing rent growth, and companies moving into full floors rather than large build-to-suit suburban campuses and using coworking spaces for spillover.

As of Q2 2018, there are just over four million square feet of office space inventory available in the Turtle Creek area, with an additional 20,000 square feet currently under construction. The overall average asking price is just under $38 per square foot, and for Class A space is nearly $40 per square foot.

What Our Brokers Say About Highland Park Office Space

Turtle Creek runs through the Highland Park area, and there are a number of creekside parks and trails to visit. Lakeside Park offers a lush landscape with walking trails, benches, a bridge, and teddy bear statues. Goar Park has a small pond, a large playground, and tennis courts, and is a local favorite for outdoor photo shoots. Prather Park is also a small and scenic favorite, right in the heart of Highland Park.

There are also a variety of cultural offerings in Highland Park. The George W. Bush Presidential Center and Library includes a museum that houses the archives of the George W. Bush presidency, as well as 43,000 gifts and a replica of the Oval Office. The Meadows Museum, nicknamed the “Prado on the Prairie,” is an art museum on the SMU campus that showcases art by Spanish masters from the 15th to 20th centuries. Just across the North Central Expressway is the Angelika Film Center and Cafe, a theater featuring independent and art films, with a menu of upscale sandwiches, pastries, beer, and wine. Highland Park Village, built in 1931 as the first shopping center of its kind in the United States and declared a historic landmark in 2000, offers high-end shopping for men and women, including a number of designer stores with no other Texas locations.

Highland Park offers a mix of upscale dining and long-standing, humble eateries to suit any taste. For the best seafood around, our brokers recommend TJ’s Seafood Market and Grill or Montlake Cut, both of which are known for their consistently fresh and delicious offerings. For a more down-home feel, there’s Bubba’s Cooks Country, a fried chicken mainstay since the 1980’s, and Burger House, known for the addictive fries it’s been serving up since 1951. For upscale dining, our brokers recommend Bistro 31 in Highland Park Village, and Javier’s Gourmet Mexicano, serving authentic Mexico City fare and what some call the strongest margaritas in the city. Finally, Henry’s Majestic boasts a dog-friendly patio, brunch with a DIY mimosa bar, and an eight-hour happy hour Tuesday through Friday. Plus, hidden behind its kitchen is Atwater Alley, a speakeasy with a rotating menu of classic New Orleans-style cocktails.

The land that now comprises Highland Park was bought in 1889 by a group of investors from Philadelphia known as the Philadelphia Place Land Association. Henry Exall began developing the land along Turtle Creek with the intention of naming it Philadelphia Place. He dammed the creek, creating Exall Lake, and built gravel roads, until the Panic of 1893 spooked investors and put a halt to the development.

In 1906, John S. Armstrong, the former partner of Thomas Marsalis, the developer of Oak Cliff, invested in the Philadelphia Place land and began developing Highland Park. In 1910, a second development was completed, and in 1913, the people of Highland Park petitioned for annexation by Dallas but were refused. In 1915, they incorporated as their own town with a population of 1,100. Highland Park’s third and fourth land developments were completed in 1915 and 1917, and in 1919 the city of Dallas sought to annex the town, a proposal that the people of Highland Park fought until it was finally put aside in 1945.

Getting Around Highland Park, TX

The close proximity of Highland Park to downtown Dallas allows for easy access to the Dallas Area Rapid Transit system, or DART. The town is serviced by the Route 36 bus, and residents can easily access the light rail in neighboring areas–the Green and Orange Lines are just west of Highland Park at Burbank and Love Field Stations, and the Red and Orange Lines can be accessed at Lovers Lane and Mockingbird Stations. The Blue Line can also be accessed at Mockingbird Station. However, because Dallas is a sprawling city, residents will still be best-served by having a car for any serious commutes.