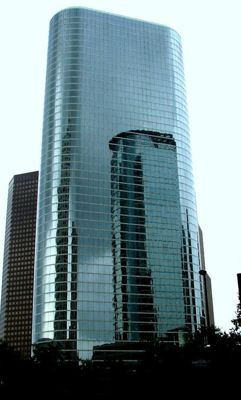 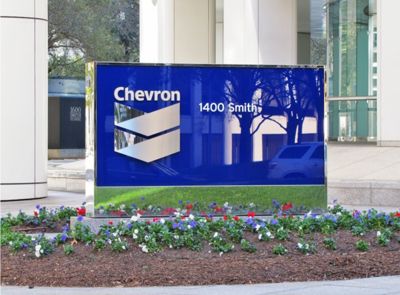 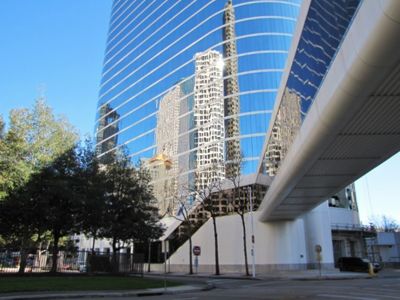 1400 Smith Street is a 691 ft tall postmodern skyscraper located in downtown Houston. The building has 50 floors and is the 11th tallest building in the city. It was designed by architectural firm Lloyd Jones Brewer and Associates, the building was completed in 1983. The office tower is situated on Houston’s six-mile (10 km) pedestrian and retail tunnel system that links many of the city’s downtown towers. It was formerly Four Allen Center, a part of the Allen Center complex. The building was the former headquarters of Enron, America’s largest natural gas company during the 1990s. Before Enron’s collapse, the energy giant constructed a second, similar building across the street, connected to 1400 Smith Street by a circular skywalk. In June 2011 Chevron bought the building from Brookfield for $340 million. For a number of years, this building’s distinctive white crown was lit during the evening, though it hasn’t on a regular basis since 2002.