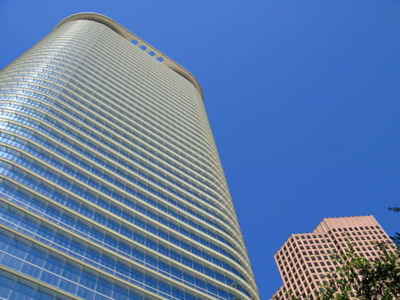 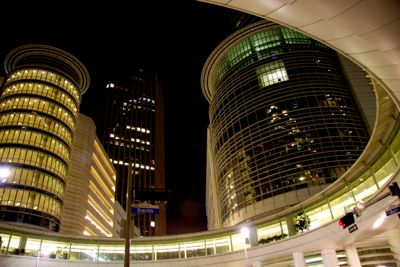 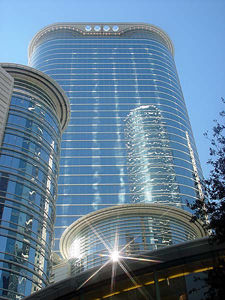 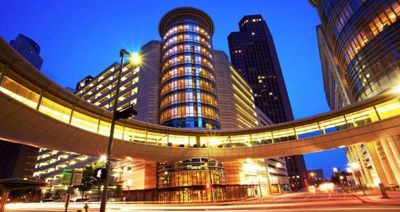 1500 Louisiana Street, formerly Enron Center South, is a 600 ft skyscraper in Houston. It was completed in 2002 and has 40 floors. It is the 17th tallest building in the city and the tallest completed in the 2000s. Enron, a Houston-based company, had the building constructed to serve as its US headquarters, but because of their scandal they never occupied the building. With the construction of Enron Center, an additional parking garage was built on a neighboring block. These two buildings are tied to the original Enron Building by a circular skywalk.
The building was purchased by Chevron-Texaco March 2004 for US$230 million. A strong gust of wind snags an enormous American flag attached to the upper stories of the building. The flag is anchored to the glass at the corners, and the upward motion of the wind causes the anchors to rip the glass up the side of the building creating two huge gashes in the curtain wall before the building is even finished.
The whole building is 40-stories, but only the top 33 are traditional office structure. The bottom seven levels were designed for four trading floors for commodities like electricity, natural gas and Internet bandwidth. The bottom two floors feature an auditorium, room for shops, and a food court.