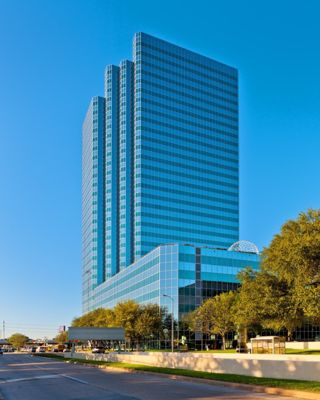 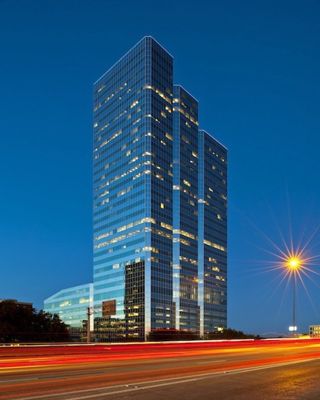 3200 Southwest Freeway, Houston, TX 77027, also known as the landmark Phoenix Tower, is one of Houston’s most iconic buildings. Built in 1984, Phoenix Tower underwent renovation in 2011, at which point it received the 2011 TOBY award.

3200 Southwest Freeway stands at the entrance to Houston’s Greengate Plaza, and its closeness to the freeway offers quick access to Houston’s entire interstate system. At just five minutes from Houston’s downtown, the proximity to amenities doesn’t get much better.

Phoenix Tower has been the recipient of several awards over its lifetime for design and efficiency, including LEED certification in 2011 by the U.S. Green Building Council, a BOMA 360 designation for excellence in building management, and an Energy Star label from 1999-2012 for energy efficiency.

Among 3200 Southwest Freeway’s amenities are a nine-hole putting green that Jack Nicklaus designed, a sky lobby complete with deli, and a fully-equipped fitness center available for use by tenants.