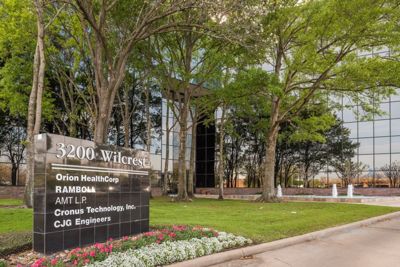 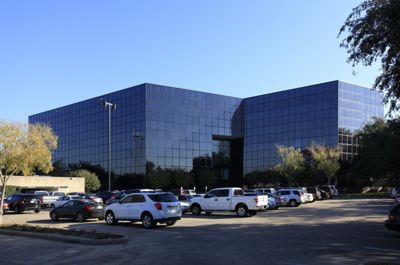 In a city known for its petroleum, Westchase is known for the companies that manage and distribute oil. Chevron was one of the first businesses to establish operations in Westchase, and other companies in the industry soon followed suit. Today, the business-management district – which was officially established in 1995 – is home to more than 1,500 businesses; some of the most recognizable tenants are frontrunners in the national and global energy industries.

However, a number of major corporations in separate fields – including several Fortune 200 companies – have their headquarters here. In addition to energy-related companies, there are engineering and construction businesses, all of which put Westchase on the map as a diverse space for cross-industrial leaders.

The Westchase Management District provides branding, urban planning, and public safety functions for the businesses within its special district boundaries.

Westchase is a standalone sector of the Energy Corridor, counting over 13 million square feet of inventory. It has an overall direct vacancy rate of 20%, almost exactly equal to the Houston citywide average. Nearly 9 million of the square feet available in Westchase is Class A space; this space has a 21% direct vacancy rate, and an average direct asking rate of $31 per square foot. This is considerably lower than the average direct asking rate for other Class A space in the city, which goes for just over $35 per square foot.

There is currently no development underway in Westchase.

What Our Brokers Say About Westchase Office Space

The Beltway 8 runs right down the middle of Westchase, making it easy to get to surrounding areas like Chinatown to the south, and Memorial to the north. Commuting without a car may prove difficult in and around Westchase, which ranks a 54 Walk Score, 46 Transit Score, and 45 Bike Score. However, construction is underway on the Brays Bayou Connector, intended to link Richmond Avenue and Bellaire Boulevard via a nearly 2-mile pedestrian and bike trail. The district also counts a number of well-maintained trails along the Brays Bayou, which runs through its center.

Westchase boasts an impressive roster list of Fortune 200 companies, including Kroger, Bank of America, Phillips 66, Target, Cisco, MetLife, Honeywell, National Oilwell Varco, and Office Depot, all of whom are based here. Others count Westchase as their corporate HQ, including CGG, BMC Software, Cardtronics, Tailored Brands, and Phillips 66. Chevron, one of the first businesses to locate to Westchase, and Schlumberger, are major local leaders in the energy fields. The engineering and construction companies based in Westchase include ABB, Aker Solutions, D.E. Harvey Builders, and Lockwood Andrews & Newnam. Two noteworthy companies expanding their Westchase presence include Costello, Inc., a preeminent civil engineering and surveying firm, that recently moved its offices to a 35,000-square-foot space on 2107 CityWest Boulevard. The other is SABIC, the Saudi Basic Industries Corp., which is slated to open its American HQs at CityWest Boulevard by the end of the year; the company plans to invest over $2 million for office space upgrades.

The University of Houston is just over 20 minutes away by car, an ideal proximity for companies looking to recruit from the campus, including interns from the renowned Wolff Center for Entrepreneurship.

As far as dining establishments go, Westchase is home to a number of lauded lunch spots and a handful of dinner restaurants. No singular ethnicity dominates the culinary scene in Westchase; it’s a healthy blend, ranging from the French of Bistro Le Cep, Cajun at Jenivi’s Seafood Shoppe, Vietnamese at Pho Van, to Hawaiian at North Shore Poke.

Westchase has seen an increase in hotel properties; between 2014 and 2016, the market grew by 9%. The Marriott Westchase and the Houston Hilton Westchase are both full-service, flagship locations.

Get to Know Westchase, Houston

Situated between Alief, Greater Sharpstown, Chinatown in the International District, and the Royal Oaks Country Club, Westchase boasts the perks of proximity to diversity but provides a flavor that’s uniquely its own. The district counts an impressive 80,000 workers; yet there’s also a suburban flair to the area. A weekly farmers market boasting over 30 local vendors takes place every Thursday on Westheimer, an indication of community interest beyond the corporate.

Residents are a diverse blend, both economically and ethnically; families are drawn to the area for public schools in the Alief and Houston Independent School Districts, which count 10 elementary, three middle- and three public high schools. The area also has around five miles of off-road trails, and plans are underway to start construction in 2019 on a four-acre park on Wilcrest Drive.