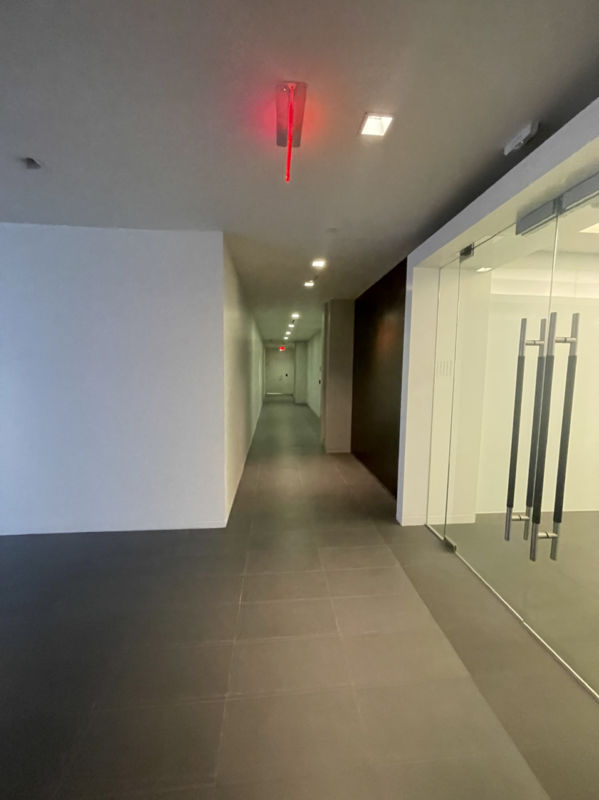 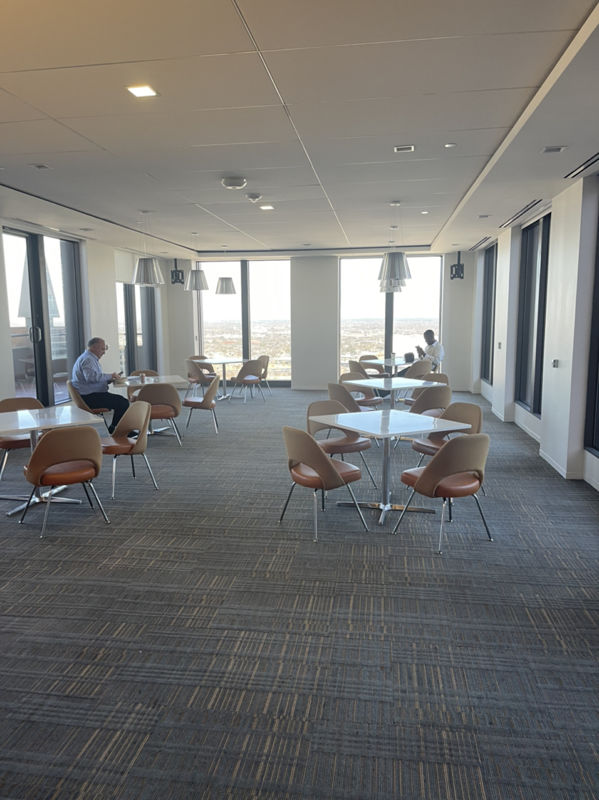 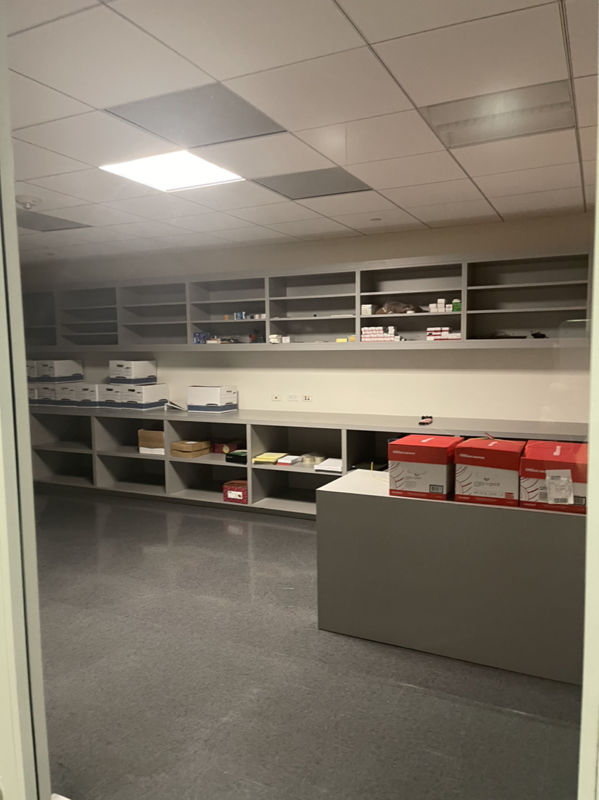 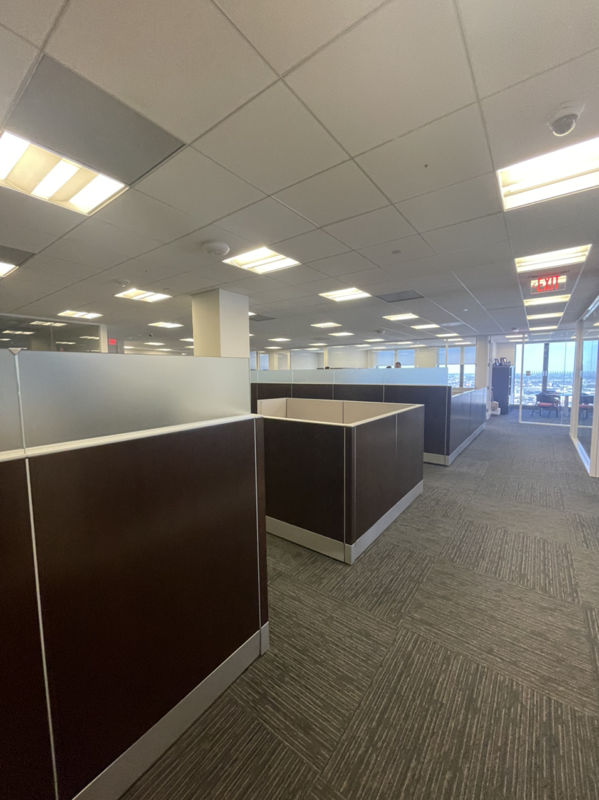 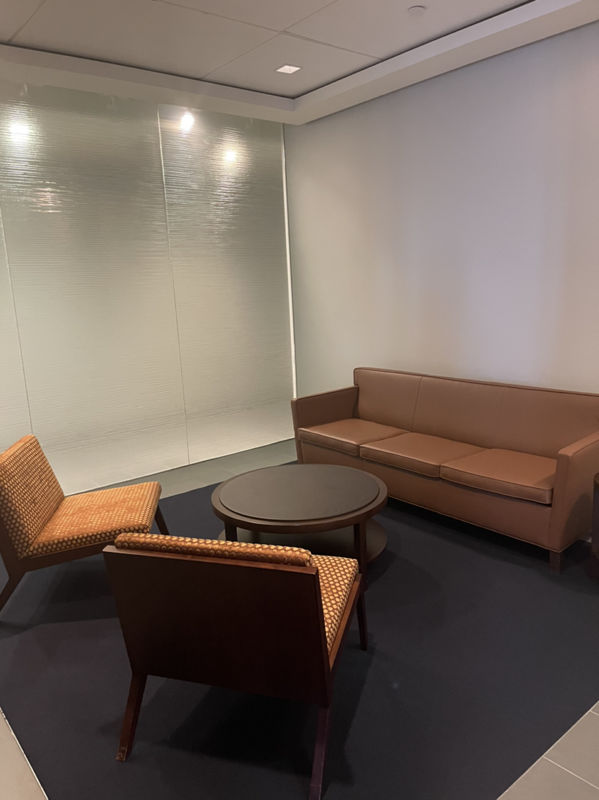 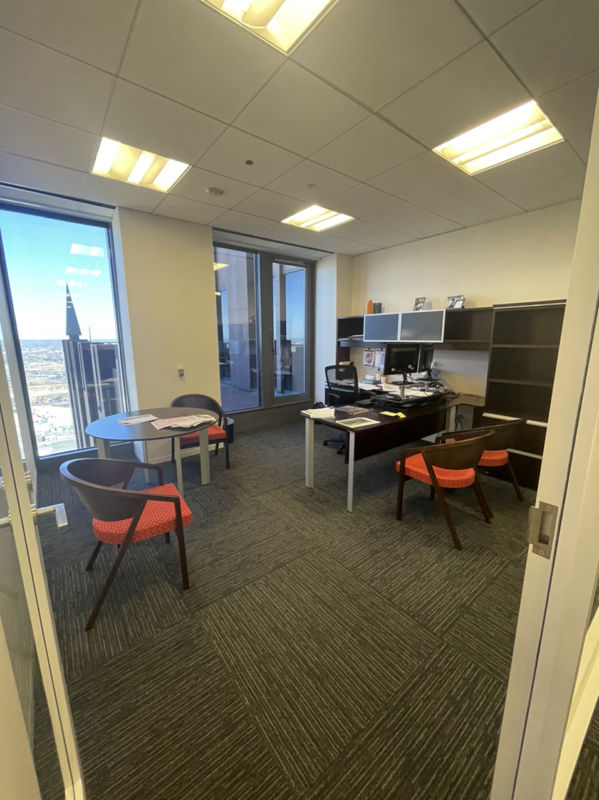 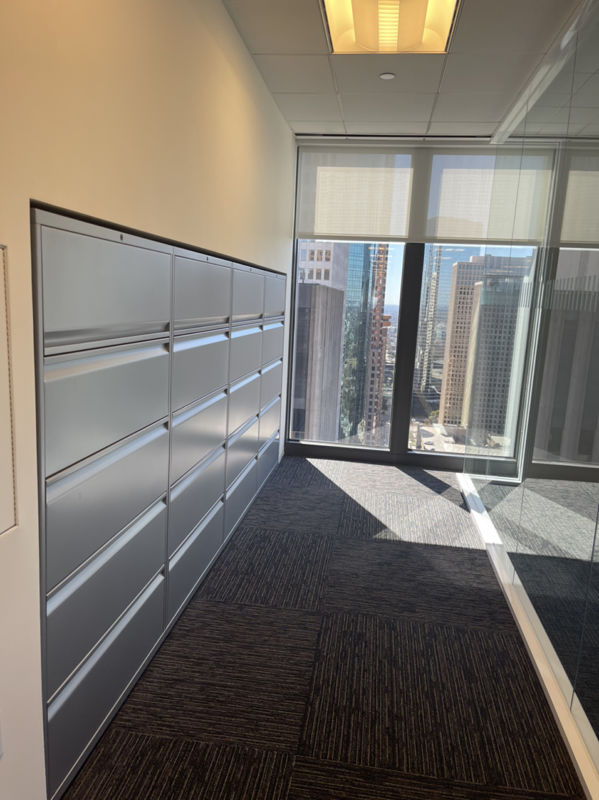 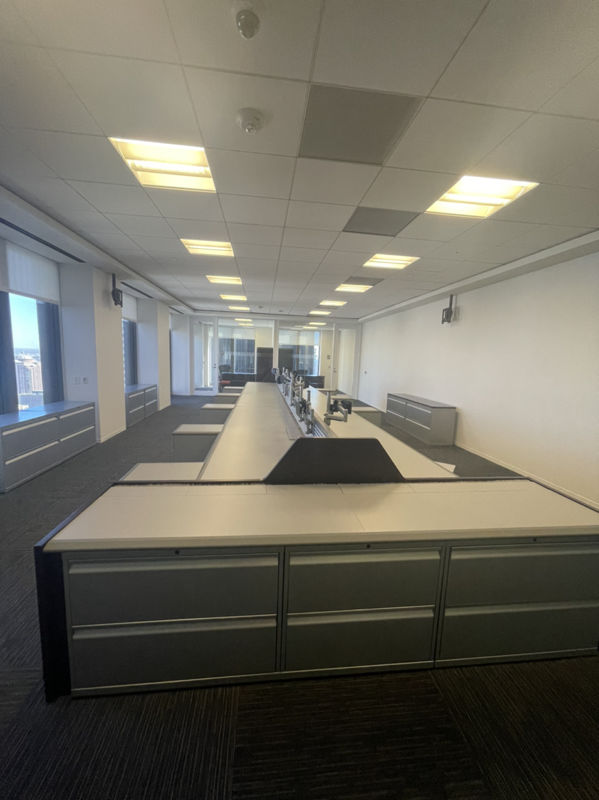 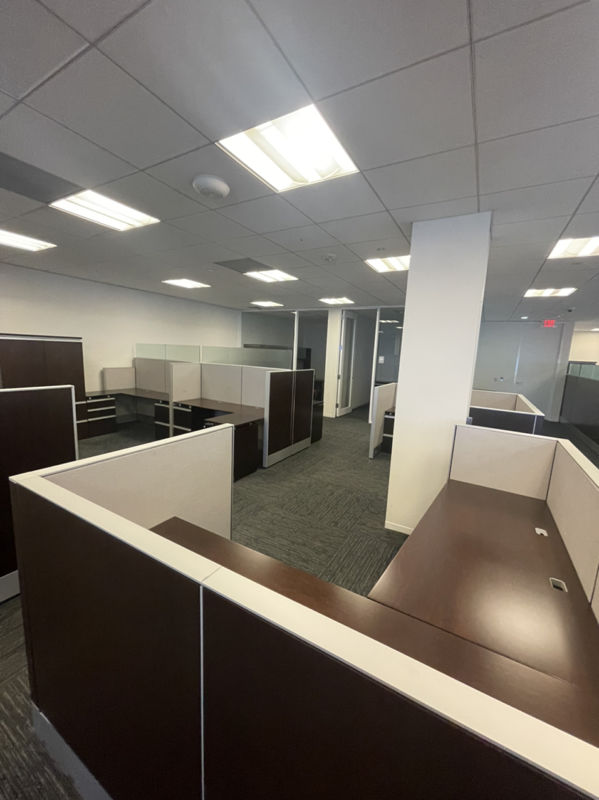 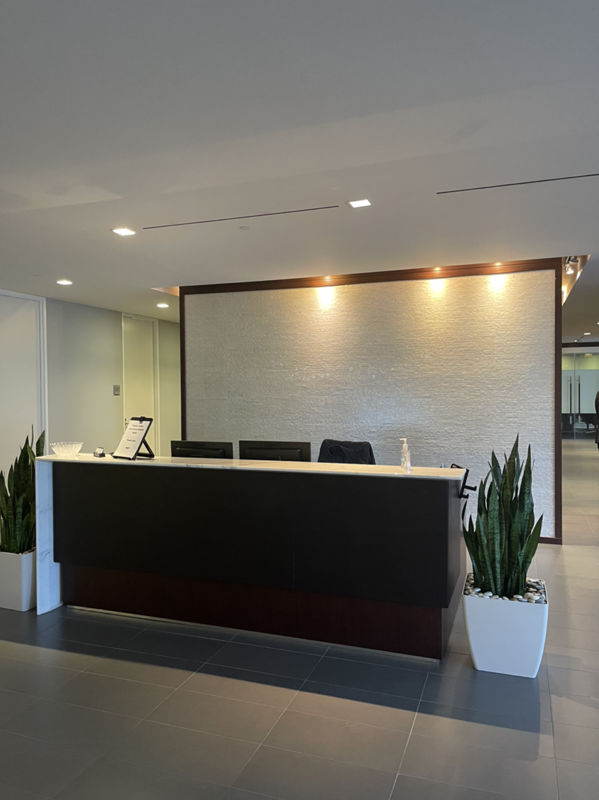 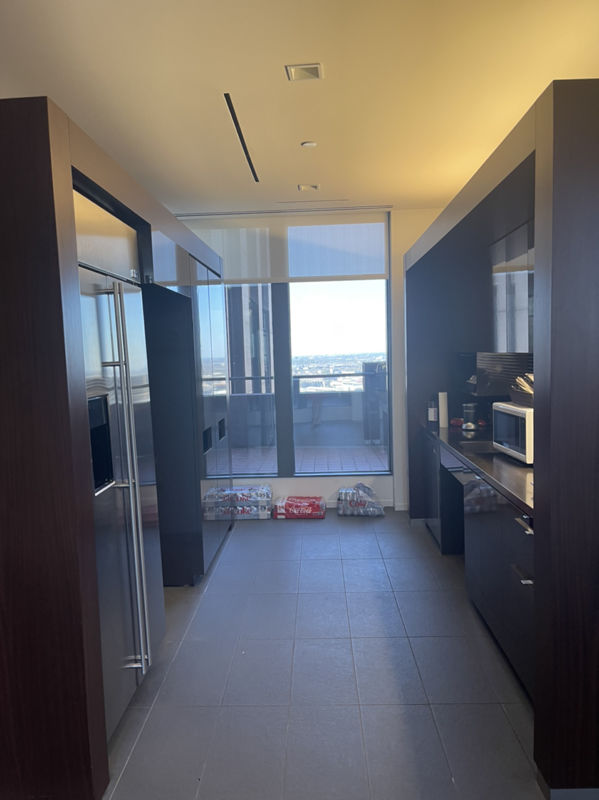 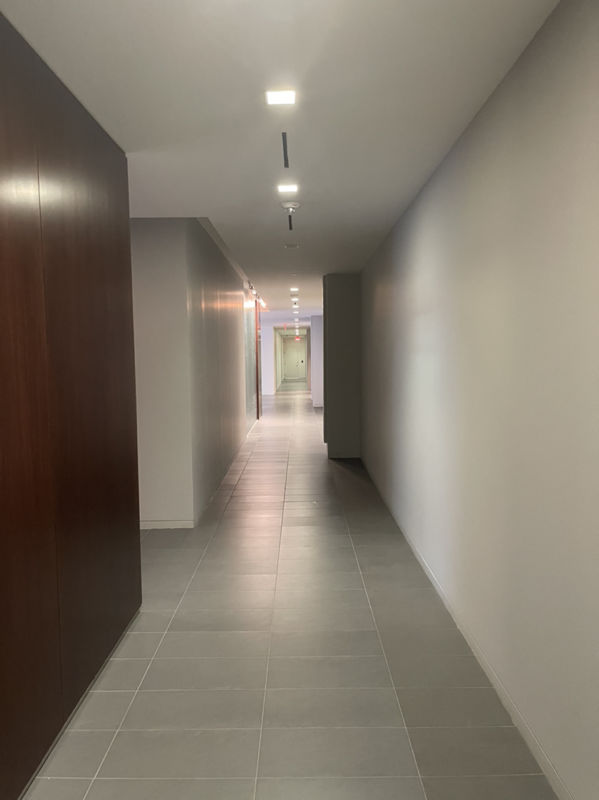 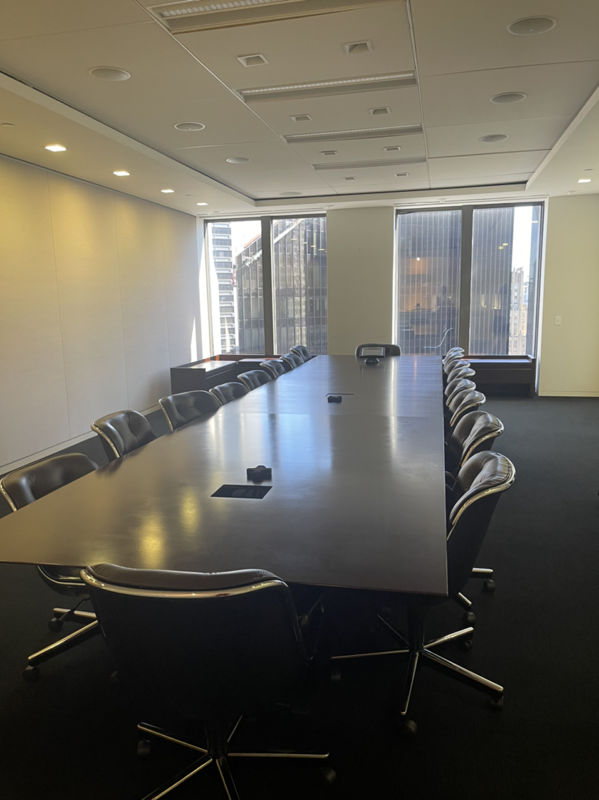 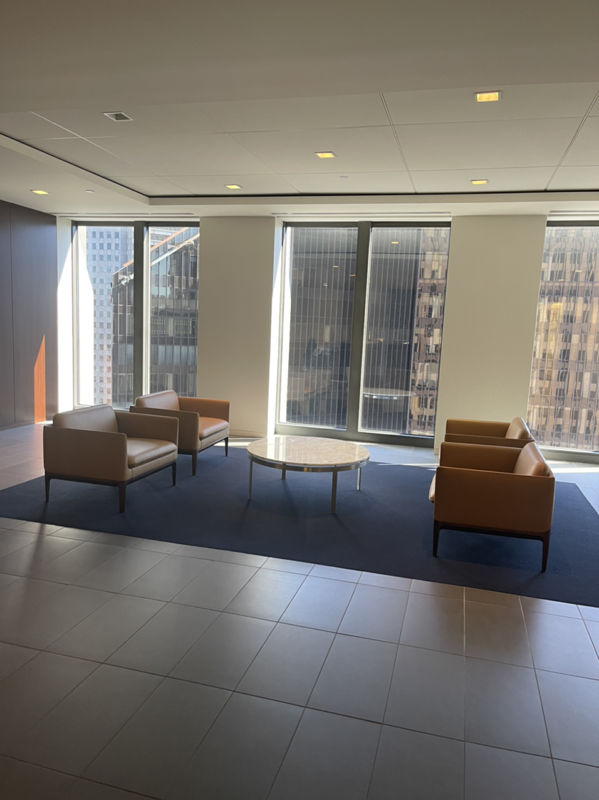 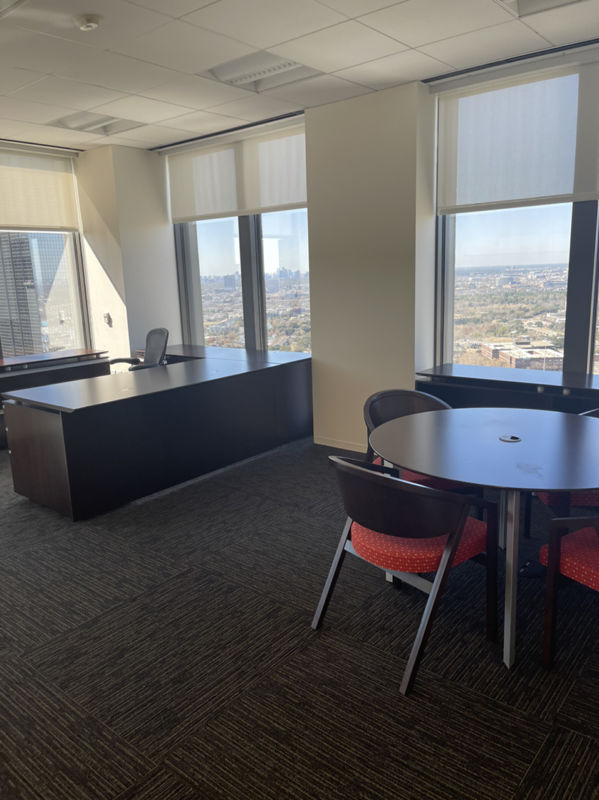 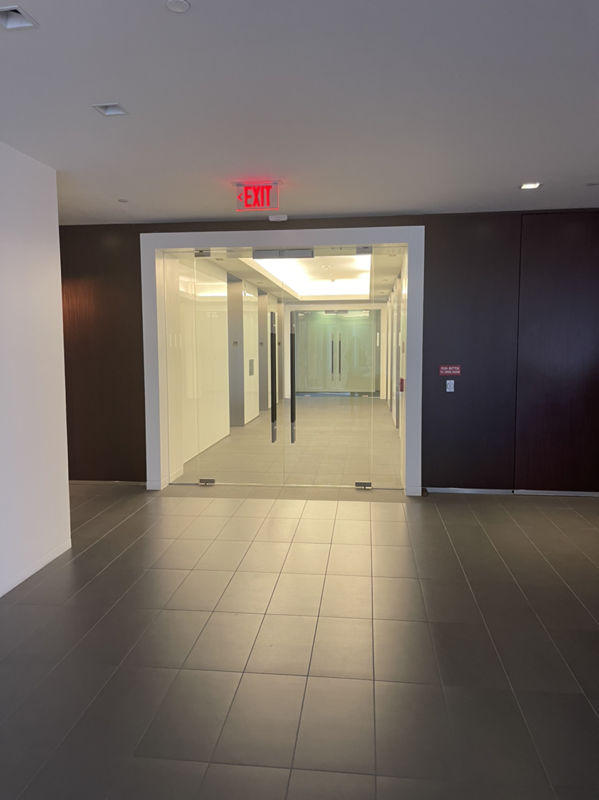 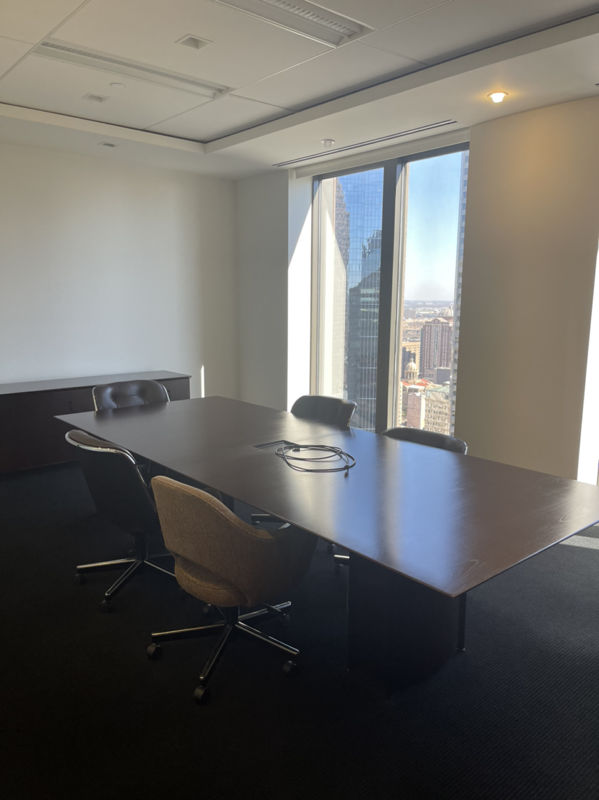 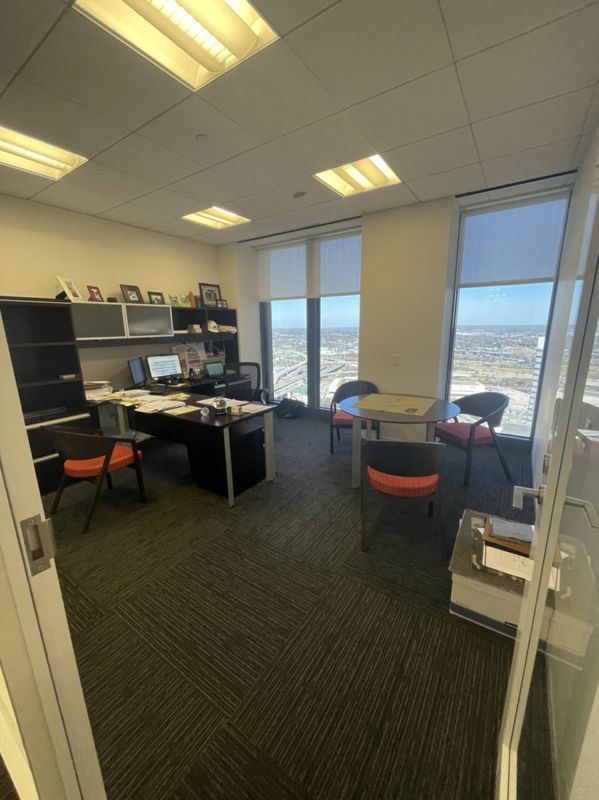 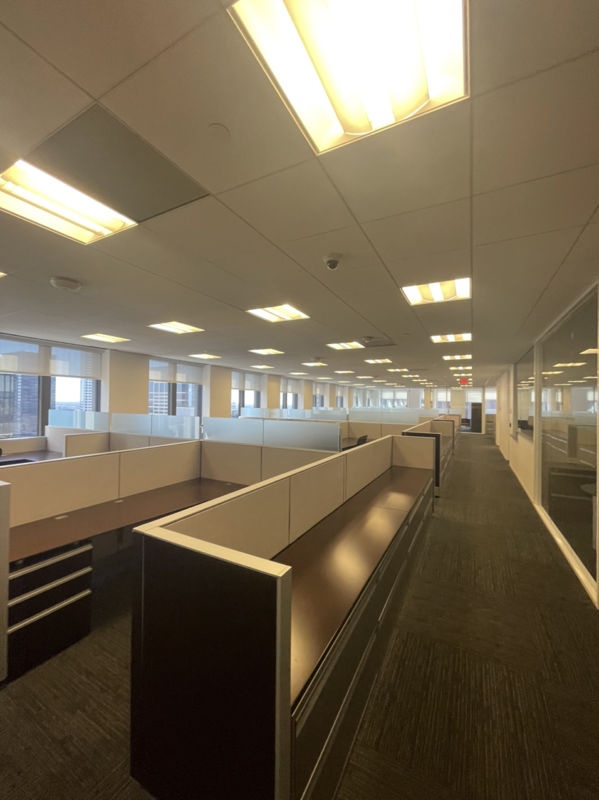 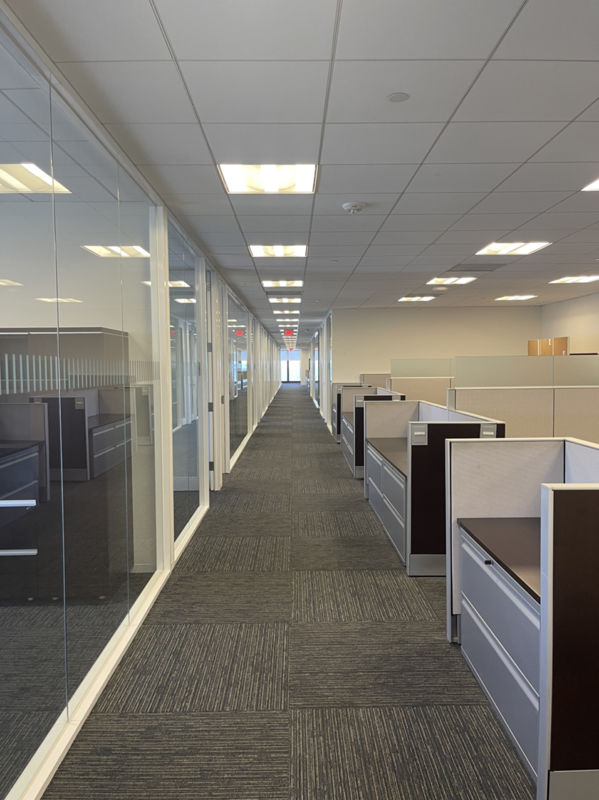 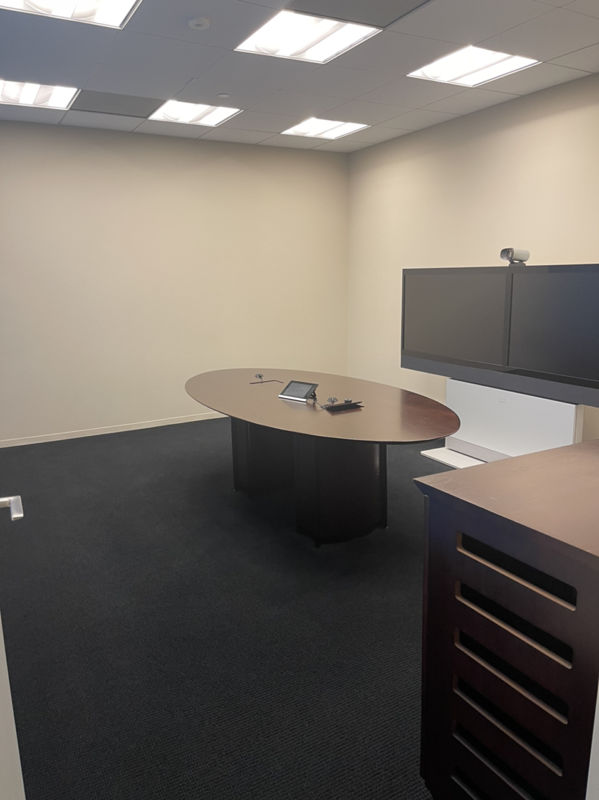 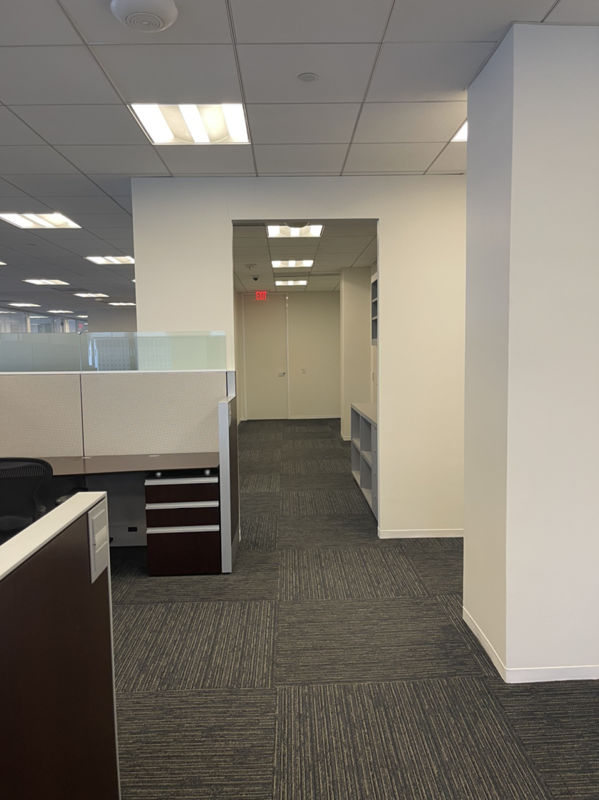 Among the most well known architects in the United States, Philip Johnson and John Burgee have created distinctive structures in most of this country’s major cities. In the design of Bank of America Center, they have struck a synthesis of past and present. Architectural concepts have been borrowed from 17th century Dutch Renaissance architecture and applied in a modern context.

Completed in October of 1983, Bank of America Center is a 56 story office tower located at 700 Louisiana Street in downtown Houston. The building encompasses 1.25 million square feet of office and retail space and is linked to the extensive Downtown Houston tunnel system.

The interior and exterior of the building is sheathed in rough textured Napoleon red granite, quarried in Sweden and finished in Italy. Even the surrounding sidewalks are composed of the same granite used in the building. The lobby is highlighted by an 18 foot high 1914 Seth Thomas clock, of which only 300 were ever built.

The entrance from Louisiana Street is an impressive seventy-five foot high, arched granite doorway. The granite stonework soars upward to 102 feet, 10 stories, and is so intricate that specialistsfrom Spain were brought to Houston to install the more than 100 pieces around the arch. This archway continues through the center of the building to a second arched doorway that opens onto Smith Street. As an added feature, three of the lower office tower floors are bisected by the archway and connected by pedestrian bridges.

The office tower is divided by two major set backs into three segments, giving it the appearance of three adjoining buildings. At the largest points it measures 777 feet high and 110 feet wide. The tower has a steeply pitched gabled roofline that is topped off with spires. The sculpted metal obelisks, made from lead and coated copper, raise from every roof level creating a unique silhouette and dramatic coloring. The obelisks may seem small but are actually eight feet tall on the gable ends, with the topmost finials a crowning 12 feet high. In all, the building is topped with 86 obelisks.

Perhaps the most unusual feature of Bank of America Center is the separate banking hall. It stands approximately 125 feet, 12 stories high at the peak, but only contains three inside levels. This dramatic open space is flooded with natural light from the 10 bronze-framed skylights that run the full 250-foot length of the structure.

There are 32 passenger elevators each finished with rare and beautiful wood panels that include Birdseye Maple, Macassar Ebony, Italian Willow, Tamo and Kevazingo.

Bank of America Center is located at 700 Louisiana, in the heart of Houston’s prestigious Theater District. The buildings remarkable location is within short walking distance to attractions such as Jones Hall, Bayou Place, the Hobby Center for the Performing Arts, Wortham Center and the Alley Theatre. Bank of America Center also allows direct access to major Houston thoroughfares providing ingress and egress to Downtown Houston.