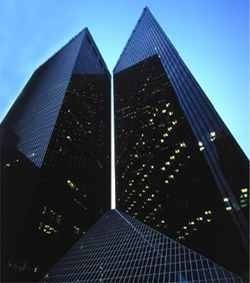 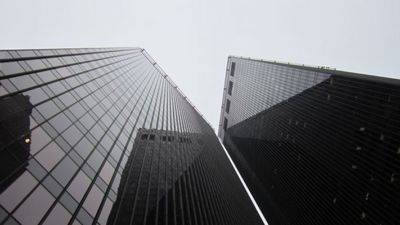 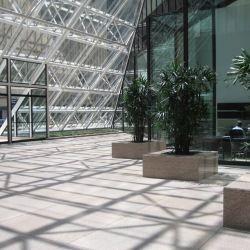 Pennzoil Place is located at 700 Louisiana in central [Downtown Houston] (http://www.thesquarefoot.com/houston/office-space/downtown-houston). It is actually made up of two towers and is owned by Hines Interests.

The two towers are actually mirror images of each other and placed 10 feet apart to create an optical illusion. It can look very different when being viewed from different perspectives. It’s exterior features a dark bronze and aluminum finish and is ground breaking for its modernist glass box design. Pennzoil Place was named “Building of the Decade” by the New York Times in 1975. This was the only time a [Houston office building] (http://www.thesquarefoot.com/houston/office-space/) had ever won that award.

Arthur Anderson leased about 300,000 square feet of Pennzoil Place until it imploded after the Enron scandal in 2002. When Pennzoil Place was originally built, Houston was the headquarters of Shell Oil Company. After Shell Oil moved to Houston, Pennzoil wanted to follow suit, but did not want to be in the same boring gray building as Shell and chose this extremely unique building.