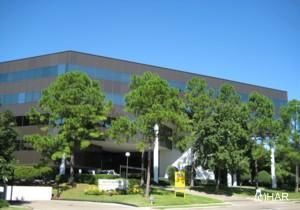 Sprawling lots, leafy trees, and world-class healthcare puts Memorial on the map. The upscale nature of its dwellings and residents cements its status as one of Houston‘s most desirable neighborhoods.

Memorial is composed of over 10 square miles on Houston’s west side. This pretty districts is one of the city’s largest neighborhoods by size, and counts four regions within its borders: Memorial West, Memorial-Close-In, Memorial Park, and Memorial Villages. Memorial is west of Downtown, northwest of Uptown and the Galleria, and south of Spring Branch.

Memorial is also known for the Memorial Hermann Memorial City Hospital, which consistently ranks in the top 5% of hospitals across the country.

Memorial falls into the larger Energy Corridor office space submarket, which as a whole has nearly 40 million square feet of inventory, of which 27 million is Class A office space. Class A space has a 21% direct vacancy rate, slightly higher than the Houston metro average of 20%. This translates to slightly more affordable asking rates of $34 per square foot for Class A space, compared to the city-wide average of $35.

The remaining 11 million square feet are Class B assets, which have a 23% direct vacancy rate. The asking rates are around $21 per square foot.  There is currently no square footage under development in the Energy Corridor.

What Our Brokers Have to Say About Memorial Office Space

The Energy Corridor section runs parallel to I-10 between Highway 6 and Kirkwood Road, and as far south as below Buffalo Bayou. BP America, one of the biggest employers in the Corridor, has its HQ in the Memorial Area at Westlake Park.

Memorial boasts built-in proximity to many of Houston’s other top business districts. The busy Westchase district is under six miles from Memorial, as is Downtown Houston; from the easternmost pockets of Memorial, the latter can be reached by car in under 20 minutes. The deeper the drive into Memorial, though, the further one gets from Downtown. Businesses looking to collaborate with companies headquartered Downtown may want to look into space east of Memorial City.

This being Houston, traffic is a factor: Commuters tend to cluster along the I-10 during rush hour, typically between 4 and 6:30pm.  On par with overall Houston, Memorial isn’t known for its ease of non-vehicle transit: It has a Walk Score of 43, a Transit Score of 33, and a Bike Score of 50. Luckily, Memorial is flanked by enough freeways – the I-10, 610, 8 Beltway, and 6 Beltway – that there are plenty of options during the strongest commuting hours. There’s also Memorial Drive, the arterial, 20-mile stretch for which the neighborhood is named. The street connects Memorial, starting at George Bush Park, over through Memorial Park and beyond, continuing to Downtown Houston.

Memorial City, a mixed-use development so bustling that it bills itself as a “city-within-a-city,” runs along the I-10 inside Beltway 8. The site blends Class A office space with retail and residences. It’s also the site to two of the city’s top-rated hotels, The Westin Memorial City and Hotel Zaza Memorial City. The Memorial Hermann Memorial City Medical Center is also in Memorial City; in addition to operating as a highly-regarded campus, it serves as the headquarters for the expansive, not-for-profit health system.

With three major shopping destinations, Memorial City is also where residents and commuters both come after hours. The pocket boasts the nearly 2-million square foot Memorial City Mall; the high-end CityCentre Plaza; and the smaller-scale Town & Country Village. Together, these three hubs offer over 1,000 top-rated restaurants, stores, and commercial establishments.

Memorial Park starts in Memorial and trickles over into Rice Military next door. The 100-year-old park is nearly 1,500 acres – rendering it one of the largest urban parks in the U.S. – and counts within its grounds the Houston Arboretum and Nature Center, and the premier Memorial Park golf course.

To the south of western Memorial is the Terry Hershey Park, a linear green space that winds along the Buffalo Bayou between Beltway 8 and the Barker Reservoir. The park attracts runners and cyclists from all over Houston for its scenic urban views and relatively untapped vignettes of nature. There is also Bendwood Park, which sits next to Town & Country Boulevard; and Nottingham Park, which has a splash park that’s popular with families.

Get to Know Memoria, Houston

There’s a definite upscale vibe in Memorial – the region includes some of the wealthiest neighborhoods in all of Texas. It’s also home to some of the top-ranked elementary, middle, and high schools in the state.

This combination of exclusivity and quality makes Memorial a desirable pocket for young professionals and well-to-do families. Sheer land and space are also easier to come by in Memorial, as many of the homes have large lots (most of which are at least an acre). Memorial, on a whole, is ranked #1 in Houston neighborhoods by Niche.com.

Within the Memorial Villages, a secluded section where the median home value is around $2 million, sprawl six independent villages: Hunters Creek, Piney Point, Hedwig, Bunker Hill, Spring Valley, and Hilshire. Formed in the 1950s as a residential refuge for corporate executives, they haven’t lost their prestige in their 60+ years of gilded existence. The Villages, as they’re known, have been tapped by Forbes, Fortune, and The Wall Street Journal as some of the top-ranked places to live.