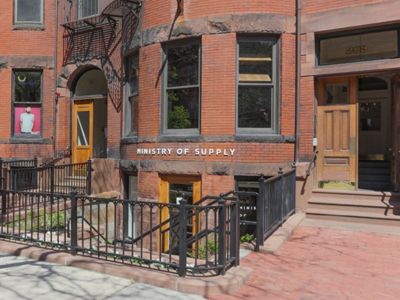 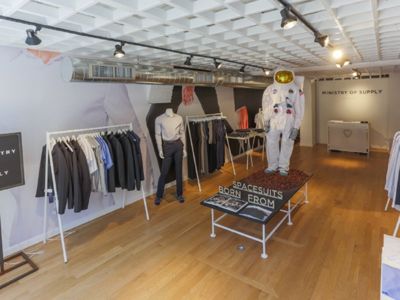 Before a massive land filling project, Boston’s Back Bay was a body of water. Today, the neighborhood is known for its impressive array of Victorian, 19th-century designed homes and its wealth of shopping options. While visitors flock to the area to shop at popular establishments like Anthropologie, Muji, Uniqlo, Zara and Nike, the neighborhood is more than a retail paradise.

After a transformative filling project in the late 20th Century, Boston’s Back Bay became one of the city’s hubs for commercial real estate, for both retail and office space. Bay Bay offers companies the second largest inventory of commercial office space in the city to choose from, behind only the Financial District.

With more than 12 million square feet of office space, there are commercial real estate options to suit a wide variety of business needs. If you’re searching for a sleek, modern office in a historic brick building, this is your spot. If you prefer typical high-rise office space, Back Bay has those too.

Office space in Back Bay rents for an average of around $59 a square foot. Offices in Class A buildings are a little more expensive, averaging cost approximately $63 a square foot. Due to the neighborhood’s competitive pricing and its hearty supply of commercial office space, many businesses are now flocking to Back Bay. For retailers, Newbury Street presents some of the most in-demand and expensive spaces in the city, due to the location and significant foot traffic.

If you do choose to take advantage of Back Bay’s 8.1% vacancy rate, you and your employees will be within short distance of historic parkways, restaurants, bars, green space, and public transit hubs. These are a few of the reasons many business management consulting firms and technology consulting firms have offices in the neighborhood. Notable tenants in the area include Wayfair, Accenture, Slalom Consulting, Tracksmith, Oliver Wyman, and Bain & Company.

What Our Brokers Say About Back Bay

Back Bay is located in central Boston with the Charles River and Cambridge to the North; Charlesgate East to the West; Park Square to Arlington Street on the East; and Columbus Avenue to the Hartford right-of-way and the Massachusetts Turnpike on the South.

Despite continued economic growth over the past few years, the Boston commercial real estate industry’s response has been measured and conservative. Back Bay currently has no major new developments, while lease rising lease prices have coincided with landlords catering to tenants with building upgrades and new amenities. The largest Back Bay office space lease over the past 18-24 months was Draftkings, which took over 100,000 square feet of office space at 500 Boylston Street, about two blocks east of the Boston Marathon finish line.

As a central hub, commuters and visitor enjoy the numerous transportation options to travel to neighboring Boston districts. Frequented subway stations include: Arlington, Hynes Convention Center, Copley, and Prudential stations. Back Bay is also served by the MBTA Commuter Rail and Amtrak station at the Orange Line’s Back Bay station.

Recognized as home to some of the United States’ best preserved examples of 19th-century brownstone homes and urban design, Back Bay blends residential charm with its corporate atmosphere. Back Bay is known for its numerous shopping destinations and its tall office buildings, yet character abounds in this historically significant neighborhood. Looking for a reprieve from the busy work week? Check out The Fens, a wild parkland where you can escape to nature with a few minutes walk from some of Back Bay’s busiest commercial office spots.

Get to Know Back Bay

Each Boston neighborhood is unique. Although a rich historical thread ties all of the neighborhoods together to create a significant city of American culture, Back Bay contains a wealth of prominent historical sites. Around Copley Square, you can visit Trinity Church, the John Hancock Tower, and the Boston Public Library. Each structure bears historical and architectural weight, as visitors travel from all over the nation to see these buildings.

East Bay is also home to the 52-story Prudential Tower — a divisive landmark that vacillates between locals’ opinions that the building is either an eye sore of a marvel — and Boston’s eighth tallest building, 111 Huntington Avenue. Notable cultural institutions fill the streets between Back Bay’s tall commercial buildings, as the neighborhood includes Berklee College of Music, the Boston Conservatory, Boston’s Goethe Institute, and the country’s oldest independent architecture institution, Boston Architectural College.

While some people attest that Back Bay is overrun by tourists who are quick to fill the prominent shopping centers along Newbury and Boylston Streets, it still maintains a strong local pulse. As an expensive residential neighborhood, many Back Bay residents are long-time Boston locals, who are well-rooted and deeply-invested in preserving the neighborhood’s historical significance.

On any given weekday, you can find locals tending to Back Bay’s community gardens and running through The Back Bay Fens and the scenic greenway along Commonwealth Avenue.