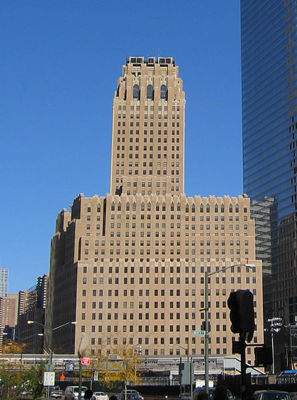 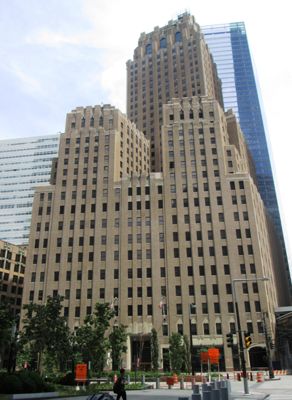 The Verizon Building is located on 140 West Street, New York, NY 10013 on the corner of Barclay Street and West Street. Completed in 1927, the building stands at 32 floors tall and features over 1,200,000 square feet in office space for rent, making it quite a sizable structure. Although an older building, the structure has been renovated since the turn of the century and has been designated as a New York City landmark. The Verizon Building benefits from some of New York’s best amenities as it sits in the heart of the Financial District. 140 West Street stands in close proximity to the blue and reed MTA subway lines, WTC PATH station, and hundreds of different restaurants around the neighborhood. In addition, the edifice’s proximity to the other office buildings that pepper the Financial District make this space ideal for an organization needing closeness to partner firms or clients. The Verizon Building is widely considered to be the first Art-Deco styled building by many architects and historians. The building set the prototype for using the set-back structure, which subsequently became employed in the design and construction of various other buildings throughout the city. The structure has historically housed numerous telephone and communications firms, including AT&T, NYNEX, and currently Verizon. Although the building was damaged in the 9/11 terrorist attacks from falling debris, Tishman Realty & Construction restored the building to its former glory in a $1.4 billion project.