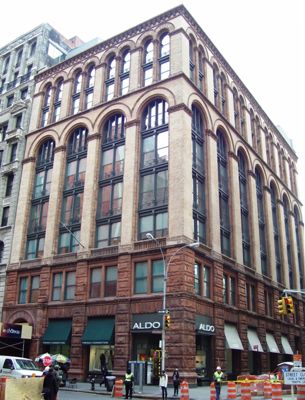 700 Broadway is the original vanguard of the new “green” NYC building movement. Built in Greenwich Village by famous architect George Post in 1891, 700 Broadway was purchased by the Audubon Society in 1989 and re-emerged from obscurity as one of the Village’s most striking buildings. It was ahead of its time in the green movement, and was NYC’s first truly green building. Large windows and skylights fill every inch of the building with as much natural light as possible and with 98,000 square feet of class B office space, this is quite an achievement. In addition, user occupancy sensors make sure excess light is not wasted and a low-emission heater/cooler runs on natural gas. Situated in a lively, cultural neighborhood doesn’t hurt either. Clearly, 700 Broadway is an old-fashioned New York darling.