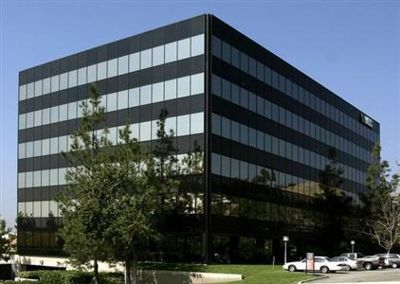 Between Glendale and Pasadena in LA sits the beautiful and historic neighborhood of Eagle Rock. This Los Angeles neighborhood gets its name from a large neighboring rock with a shadow resembling an eagle with outstretched wings.

Although it was once under Mexican governorship in Rancho San Rafael, Eagle Rock combined with Los Angeles in 1923. Since the 1920s, Eagle Rock has been a residential hotspot for filmmakers and artists looking to take advantage of the area’s unique geographical features and historical value.

Eagle Rock commercial space for rent offers potential tenants easy access to larger cities such as Pasadena and Downtown LA. From historical monuments to modern buildings, the LA neighborhood has something for everyone.

The Eagle Rock neighborhood is a part of the greater Los Angeles area. Despite the recent global challenges and lockdowns, the Los Angeles labor market has significantly improved. As of Q3 2021, the unemployment rate reached a new low of 8.2%.

Although Los Angeles is still experiencing the economic effects of the pandemic, office-based companies are seeing significant employment growth, with an increase of 31,000 jobs in the Greater Los Angeles area.

Los Angeles office spaces in Q3 met a vacancy rate of 20.6%. Despite this record-high number, developers and office space tenants continue to seek out available rental space in the area. The average asking rent as of Q4 2021 across all building classes was $3.75 per square foot. Overall, employment in Greater Los Angeles is experiencing a gradual yet consistent increase.

What Our Brokers Say About Eagle Rock Office Space

Aside from the famous rock shadow from which it gets its name, Eagle Rock is most well-known for being home to Occidental College and the film location for various motion pictures, including The Incredible Shrinking Woman and Record City. Many other famous movies such as Clueless and Jurassic Park III used the Occidental College campus for several scenes.

With significant theatrical influence and artistic inspiration, many companies choose to set up shop in the exhilarating Los Angeles neighborhood.

From the historical layout of the neighborhood to its modern-day theatrical influence, it’s no wonder why Eagle Rock’s working spaces are in high demand.

7447 N Figueroa St: Within a short distance to Pasadena, Burbank, and Downtown Los Angeles, this building gives tenants access to the best Los Angeles has to offer. The building has ten free parking spaces, an open floor plan, and lets tenants control their own HVAC system. The property boasts a spacious 10,108 square feet with recent remodels and is turn-key ready.

825 Colorado Boulevard: Built in 1974, this two-story Eagle Rock building has a total square footage of 57,600. The multi-tenant property sits on a 3.25-acre lot with 270 available parking spaces. One of the main highlights of this building is that it is less than two miles from the famous Rose Bowl Stadium!

Get to Know Eagle Rock

Eagle Rock offers easy access to Downtown LA while maintaining unique historical significance. Residents can take their pets out to the Eagle Rock Dog Park or catch up on their history at the Eagle Rock Library on Colorado Boulevard.

As a popular film location, Eagle Rock is home to many famous residents, including Occidental College alumni Ben Affleck and Barack Obama. In fact, Barack Obama delivered one of his first stirring speeches in Eagle Rock, at Occidental.

Finding Eagle Rock commercial space for rent comes with many benefits. Neighboring Pasadena and Glendale, Eagle Rock tenants have easy access to the best Los Angeles nightlife and dining while enjoying the historic infrastructure unique to Eagle Rock. Additionally, with proximity to Occidental College, businesses looking for post-grad recruits or interns have a unique advantage.

Curious to know what else is nearby while you’re looking at available Eagle Rock commercial space for rent? Check out these nearby neighborhoods in Los Angeles with available office spaces!

Highland Park: Highland Park borders the southeast part of Eagle Rock and is one of the first LA subdivisions. The area maintains consistently warm weather all year round and has Paleo-Indian roots. Many Highland Park residents appreciate the area’s many local longtime businesses, such as Galco’s Soda Pop Stop, serving the area for over a century.

Glendale: Glendale is an excellent city to check out when looking for Eagle Rock office space for rent. The Eagle Rock-neighboring city resides in the San Fernando Valley in the Verdugo Mountains. Notable companies in the city of Glendale include DreamWorks Animation and IHOP headquarters.

South Arroyo: A neighborhood in bright, sunny Pasadena, CA, South Arroyo boasts the beauty for which Southern California is known. Home to the famous Rose Parade, as well as several filming locations for iconic movies, Pasadena is a vibrant city with plenty to see and do. With unique craftsman-style homes and plenty of office space, South Arroyo is a great choice for your business.

Contact us today to start your search for office space for rent that meets the needs of your business.