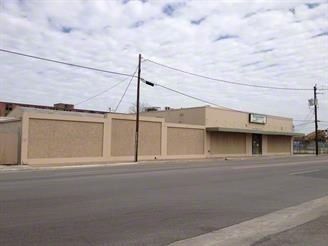 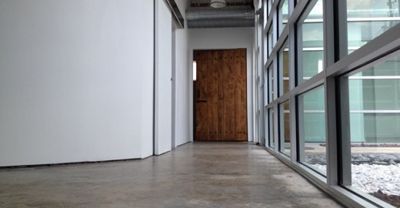 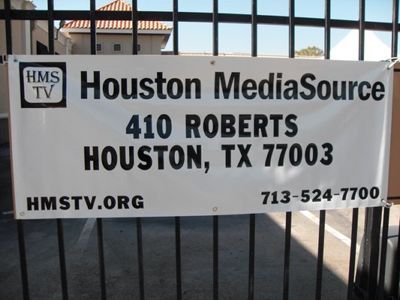 Located directly east of Houston’s Central Business District, East Downtown – or “EaDo,” as it’s more frequently dubbed – has a personality that’s uniquely its own. Often referred to as the Art & Soul of Houston for its booming gallery and live music scene, the district also attracts innovation in spades.

Since the BBVA Compass Stadium opened its doors in 2012, this concrete jungle has become a destination for startups and co-working spaces. The stadium, along with the 2015 addition of two new METRORail stations, has bumped the market value and general desirability of the area.

Other businesses that choose to set up shop in East Downtown include wholesale providers (there are a number of warehouses and light industrial buildings spread throughout the area), fitness centers, and non-profits.

In the commercial real estate market, EaDo is bucketed within Houston’s Central Business District, where there is nearly 36 million square feet of total office space inventory. Less than 20% of the 28 million square feet of Class A inventory is currently available for direct leasing, a slightly lower vacancy rate than the citywide average.

As a result of low vacancy and limited space, the direct asking rates for Class A space in the CBD are significantly high, at $44 per square foot, compared to the Houston office space average of $35 per square foot. Of the nearly 780,000 square feet under development in East Downtown, all of it is Class A.

The remaining 8 million square feet of inventory is Class B office space, which counts a 21% direct vacancy rate, almost exactly equal to the overall Class B vacancy rate in greater Houston. Prices per square foot are significantly higher, however; $30 per square foot, as opposed to $22 per square foot in the citywide average.

What Our Brokers Say About EaDo Office Space

Part of the recipe that launched EaDo to success was undeniably the opening of the BBVA Compass Stadium. The site, which has a 22,000 seat capacity, now hosts the Dynamo and Dash soccer teams, as well as Texas Southern University’s football team. Rugby, concerts, and international soccer matches are big draws here as well. Near the South End of the stadium sprawls the recently-opened Pitch 25, a sports-themed spot with an entire indoor soccer field.

Pitch 25, opened by former Dynamo player Brian Ching, perfectly encapsulates that other factor contributing to EaDo’s recent rise: Food and drink. EaDo is brimming with buzzworthy eateries, like Nancy’s Hustle, Rodeo Goat, and Leeland House. There’s also the destination brewery 8th Wonder, so named for the Astrodome – whose stadium-style seats are used in the main room – and where two of David Adicke’s works, the 36-foot tall Fab Four statue and the “We Heart Houston” sign once standing prominently on the Katy Freeway, are on impressive display.

One of Houston’s most accessible neighborhoods, East Downtown has an impressive 99 Transit Score, plus 80 Walk Score and 81 Bike Score. Transit options include three METRORail lines – the 700, 800, and 900 – and as many as 10 individual bus lines.

Bustling Saint Emanuel, the street most synonymous with EaDo, is home to Warehouse Live, the long-standing performance venue that hosts big-name and underground artists alike. More recently, the street has attracted big-name developers – like Agricole Hospitality, who recently announced three culinary spots under one roof at 1210 Saint Emanuel. Plans are underway to begin construction in 2020 on a $150-million hotel and condo tower complex at the intersection of Saint Emanuel and McKinney Streets.

This is urban living and working at its prime, so there’s not much by way of nature within the confines of EaDo. But the Columbia Tap Rail-Trail, a four-mile bike trail, does run through the neighborhood, connecting it with the Greater Third Ward and beyond, through South Central.

In addition to the standalone sites and sights that EaDo has to offer, it also is close to a number of Houston destinations including Discovery Green, the George R. Brown Convention Center, Minute Maid Park, and the Toyota Center. EaDo also boasts inherent proximity to three of Houston’s largest employment nooks: Downtown, the Texas Medical Center, and the Houston Ship Channel.

Get to Know EaDo, Houston

A national trend indicating desire for downtown living has spurred an economic upswing in EaDo, an area disregarded in 2002 by the Houston Press as a “silent, godforsaken stretch of no-man’s-land.” Much has changed in the years since that was written, as the community has integrated substantial regional and metropolitan commercial development while also fostering the desirable components of its residential areas.

EaDo was once Houston’s Old Chinatown, home to an influx of Cantonese immigrants in the 1930s. It wasn’t until the 1990s, when Chinatown more or less relocated to Bellaire Boulevard, that the neighborhood also developed its trademark art scene. Today, the neighborhood’s crafty side is exemplified by the likes of Aerosol Warfare, a gallery that promotes and cultivates graffiti as art, and the Texas Art Asylum, a blend of crafting, thrifting, salvaging, and antiquing that creates a uniquely creative shopping experience.

The residents of today’s EaDo are largely urban-oriented professionals, young singles, and entrepreneurs, many of whom enjoy a quick commute to Downtown Houston, Galleria, the Texas Medical Center, or the Greenway Plaza area.