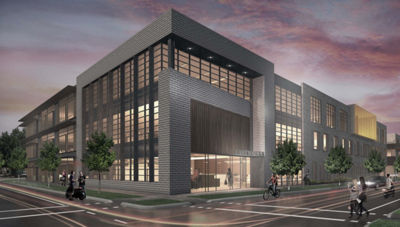 While people often think of Travis Heights and South Congress as Austin’s premiere hip neighborhoods, East Austin rivals both of these areas. In East Austin, the high-rise skyscrapers of Downtown give way to streets lined with progressive mixed-use buildings, farmers markets, historic fronts, and irresistible Mexican eateries. As a neighborhood defined by its working-class fabric, East Austin is a gritty, yet beloved, area that Austin-ites love.

Located a mile east of Downtown, the boundaries of the East Austin are defined by Interstate 35, the Colorado River, Airport Boulevard, and East 38th and 1/2 Street. The district is composed of a few smaller neighborhoods, including Cherrywood, Foster Heights, Holly, Govalle, Guadalupe-Saldana, and East Cesar Chavez.

Current market reports show that East Austin is an up-and-coming commercial area, as it’s one of the three major areas for new construction in Austin. One of the biggest commercial construction projects currently underway in East Austin is a mixed-use space called Foundary. One tenant, DPR Construction, has already purchased 27,776 square feet of office space, but there’s still tens of thousands of commercial office space available for rent in the building. Next to bustling Comal street, Foundry tenants will have access to some of Austin’s best new eateries, shops, and bars once the space is completed in 2019.

What Our Brokers Say about East Austin Office Space

If you’re interested in sharing a neighborhood with these companies, there’s a variety of office space available. For modern, corporate headquarters, new construction offers 30,000 square feet (and larger) office spaces, like Foundary, where companies can build out custom headquarters and unique spaces.

Getting Around East Austin

Commuting to and from East Austin is convenient for Austin locals. A mere mile from Downtown, commuters can take the MetroRail to Plaza Saltillo to access the heart of East Austin. There are also multiple bus routes running east to west, and crosstown lines that serve the area.

WalkScore rates Central East Austin with walk score of 81 and a bike score of 93, illustrating why many employees chose to make their morning commute by bike or on foot. The city’s bike program has stations throughout East Austin, including multiple stations on East 11th and 5th streets, which are popular thoroughfares.

If you’re lucky enough to work in East Austin’s Govalle micro-neighborhood, you can use the Southern Walnut Creek Trail. With 7.3 miles of stunning nature views, it’s easy to see why locals chose to navigate the city by bike or on foot.

Other parts of East Austin provide pedestrians and bikers with scenic trails to take to work or unwind from the day. Boggy Creek Greenbelt, Ladybird Lake and Bike Trail, and the Ann and Roy Butler Hike and Bike trail are local favorites.

Historically, East Austin holds a reputation as a working-class, minority neighborhood. In the early twentieth century, redlining and segregationist laws contributed to a strong, vibrant African-Americans population. As the century wore on, Mexican-American families began to move into the neighborhood, contributing to East Austin’s reputation for an honest, working-class vibe, and some of the best-rated Mexican food establishments in the country.

Today East Austin is shifting again, as a new wave of hipster locals and curious visitors flood the area to explore the area’s fashionable arts district. Along East Cesar Chavez, you’ll find block after block of galleries and studios — with an endless array of cocktail bars and cafes nearby for post-gallery discussion. A popular choice for locals to enjoy art in East Austin is Farewell Books, a used-book shop that doubles as an art gallery (there’s even a vegan Jewish deli trailer in the backyard!).

If you’re lucky enough to have an office in this desirable Austin neighborhood, there’s no shortage of places to invite clients for a cup of coffee or a business lunch. Local hotspots include: family mainstay Hoover’s Cooking, farm-fresh Hillside Farmacy, “Top Chef” stop Qui, and food truck Fried and True.