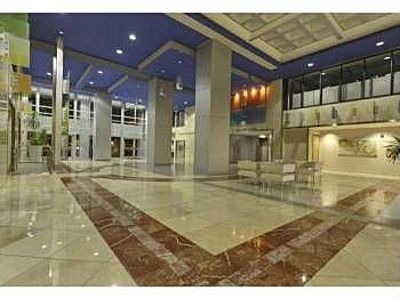 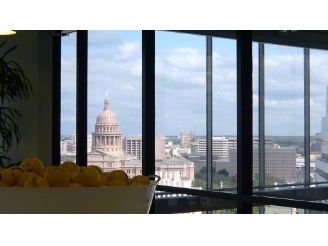 Companies that want to be immersed in a thriving startup scene, surrounded by excellent local BBQ, and within walking distances of one of the nation’s top research universities should consider office space in Downtown Austin. The district is located on the north bank of the Colorado River and generally considered to be bordered by Lamar Boulevard, Martin Later King, Jr. Boulevard, Interstate 35, and Lady Bird Lake. The campus of the University of Texas at Austin sits just above Martin Luther King, Jr. Boulevard at the northern border of Downtown Austin.

Fortune 500 companies like Google, Facebook, Indeed, and Deloitte all have office space in Downtown Austin. Other well-known startups in the area include Distractify, Bigcommerce, StitchFix, Vase, MapMyFitness, Aceable, Zebra Insurance, and HomeAway. In addition to housing office space for many Austin startups, Downtown is also the largest center of business, government, and technology in Austin.

Vacancy in Downtown Austin is standard compared to the rest of the metro district, falling just above 11% in Q4 of 2017. The area has over 10 million square feet of commercial real estate inventory, with nearly 600,000 square feet currently under construction.

In addition to offering a friendly business environment for startups, Downtown Austin is also ideal for companies that desire immediate access to both local and federal government facilities. Texas’ State Capitol building is located on Congress Avenue and 11th Street. Other government and administrative offices in Downtown Austin include City Hall, Travis County Courthouse, United States Federal Courthouse for the Western Division of Texas, and various other courts and government facilities.

The University of Texas at Austin keeps the city on the edge of innovation and provides the Downtown area with a hiring pool of talented and educated employees.

Getting Around Downtown Austin

Capital Metropolitan Authority, or CapMetro, provides public transportation in Downtown Austin. CapMetro services include transportation by bus, paratransit, and commuter rail. The Red Line stops at Downtown Austin’s most convenient CapMetro station, located on Fourth Street near the Austin Convention Center and between Neches Street and Trinity Street. The MetroBus has multiple routes throughout Downtown Austin. Employees who live in Austin’s suburbs have access to CapMetro’s many Park and Ride lots for a convenient commute downtown.

Biking is considered one of the best ways to avoid traffic and the difficulty of finding a place to park. Austin is a bike-friendly city with hundreds of public bike racks and multiple downtown bike paths, including Lance Armstrong Bikeway, Rio Grande Roadway, and Pfluger Bicycle and Pedestrian Bridge. All bus lines and the Red Line allow bikes on board.

Car sharing is an increasingly popular mode of transportation around Austin. In addition to Car2Go and ZipCar, CapMetro has a RideShare program that helps commuters assemble or join a vanpool for group commuting to work.

Nearby neighborhoods include: North Campus, Riverside, and East Austin.

Working in Downtown Austin has the added perks of unbeatable access to the city’s main cultural and entertainment districts, along with waterfront views. Woolridge Park, Republic Square, and Brush Square are just three of the many parks in Downtown Austin, providing the perfect atmosphere for lunch on one of Austin’s yearly average of 228 sunny days .

Some of Texas’ best dining is found in Downtown Austin, such as the highly-rated Asian bistro Koriente, BBQ joints like Lamberts and Iron Works, and Tex-Mex favorites at Uncle Julio’s.