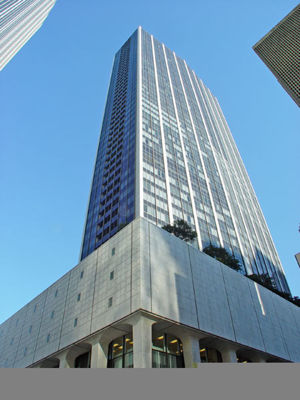 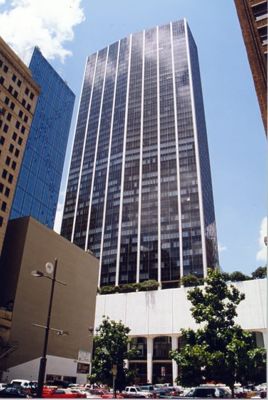 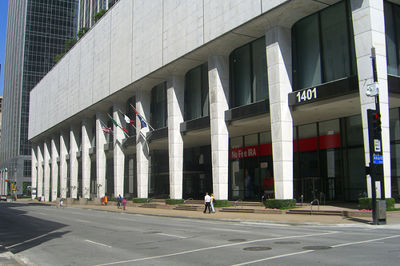 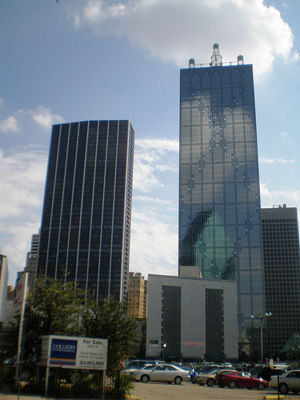 Elm Place, one of the older buildings in the Downtown Dallas area, was formerly known as First National Bank Tower and was completed in 1965. When it first opened, it was the tallest building in the United States West of the Mississippi River. It remained the tallest building in Dallas until 1974, when it was surpassed by [Renaissance Tower](http://www.thesquarefoot.com/buildings/Dallas/TX/75270/Historic_District/1201_Elm_St/Renaissance_Tower).

The ground level of the building is made up of [retail space](http://www.thesquarefoot.com/dallas/retail-space) and connects to the Dallas Pedestrian Network. The lower two levels of the project contain an 800 space parking garage.

A the top of the tower is an observation area that houses what at one time was the world’s highest escalator.

At night, the building is illuminated with white vertical pinstripes from top to bottom across the face of both sides.