A Renter’s Guide to Chinatown

These attractions will help you take full advantage of the neighborhood.

From where to eat, to how to unwind, New York City is full of options and it can be hard to narrow down your choices. If you have an office space in Chinatown, we’ve done the hard work for you. Take a look at this list to make sure that you’re in the know about all of the best things your area has to offer!

Once upon a time there was a quaint restaurant by the name of 456 that sat upon Chatham Square in Chinatown. Serving up salty-sweet Southern Chinese specialties, the establishment quickly became a popular favorite with employees of surrounding businesses and many were disappointed when the restaurant ultimately closed shop. Now, years later, the grandson of one of the founders of 456 is bringing the 456 name back to Chinatown in the form of Shanghai 456, on Mott Street. With a wide range of rave-worth dumplings, delicious sesame noodles, and a never-ending flow of hot tea, this revival of 456 is the perfect lunch-hour stop. Location: 69 Mott Street 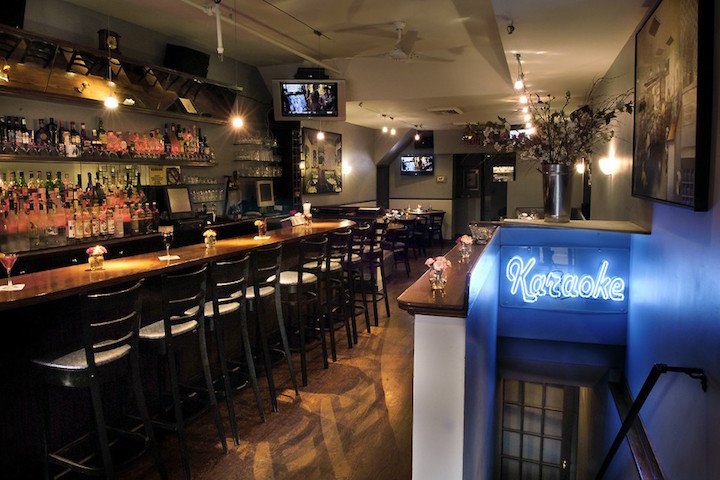 Given the close proximity of Chinatown and Little Italy, it should come as no surprise that places like Asia Roma masterfully fuse the two together. For an entertaining night out with coworkers, step inside this diplomatically named haunt. Plates such as the successful, lightly peppered penne primavera speak to the establishment’s connection to Little Italy. Likewise, appetizers like coconut curries and chicken satay give the menu an asian flair. Given this dichotomy, employees will be hard-pressed not to find a dish that suits their appetite. As an added bonus, Asia Roma features nightly Karaoke that will give your employees the option of either having a good laugh, or becoming the star of the show. Location: 40 Mulberry Street 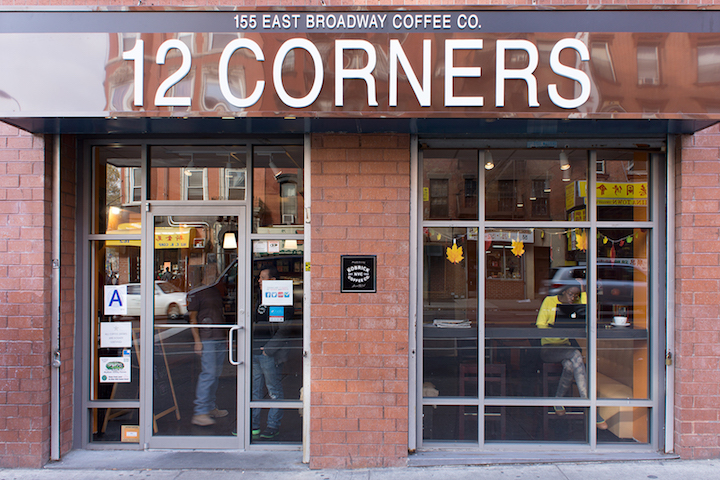 Offering free wifi and killer latte art is 12 Corners, a hidden coffee gem tucked away in Chinatown. The relatively small cafe has a very cozy feel with a lot of character. Patrons are generally quiet, with many settling in to either begin a book selected from the bookshelf that lines one of the walls, or catch up on a bit of work. The previously mentioned standout at 12 Corners, the latte, comes in a range of flavors from green tea to pumpkin spice. Also offered is a selection of fresh pastries that are carefully curated from a number of bakeries around the city. For a relaxing break from your Chinatown office, 12 Corners is the perfect retreat. Location: 155 East Broadway 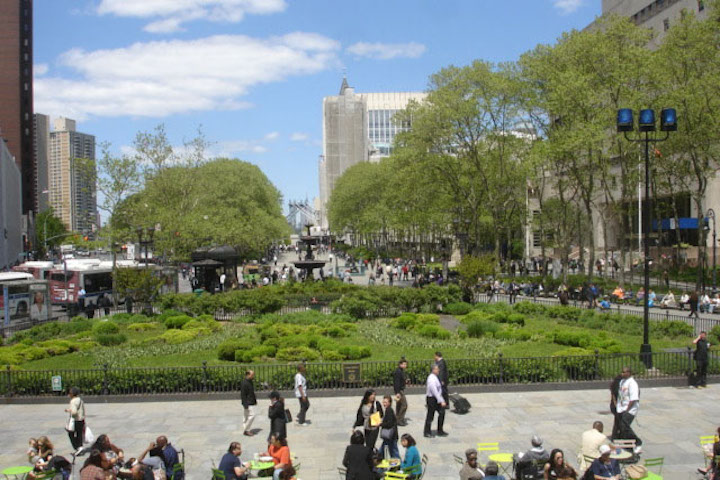 Columbus Park, previously known as Five Points Park, is a scenic area of Chinatown that has seen a tremendous amount of changes and reconstruction over the past few years. Despite the reputation given to the park by movies such as Gangs of New York, today the area serves as a gathering place for the local Chinese community. Popular events in the park include mahjong tournaments and music performances. For your exercise needs, jump into an early morning tai chi practice, pick up a game of basketball on of of the park’s courts, or take a nice jog along the walking paths. Location: 67 Mulberry Street 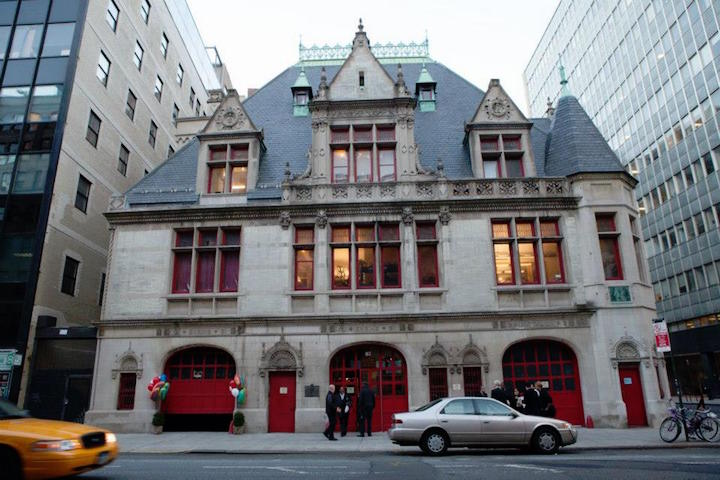 The Downtown Community Television Center (DCTV) is a gothic landmark event space on the outer edge of Chinatown. Having taken over a former circa 1895 firehouse, DCTV has transformed the space into a unique multi-purpose area available for rental. The loft area, which has capacity for up to 100 people, boasts a 90ft high vaulted ceiling with exposed original steel structure and dramatic gothic window dormers. Additionally, the ground floor features a 4,500 square foot flexible space that can be transformed into the space of your dreams. Both levels offer amenities such as wifi access and stages, as well as impressive visual, audio, and lighting options. Location: 87 Lafayette Street 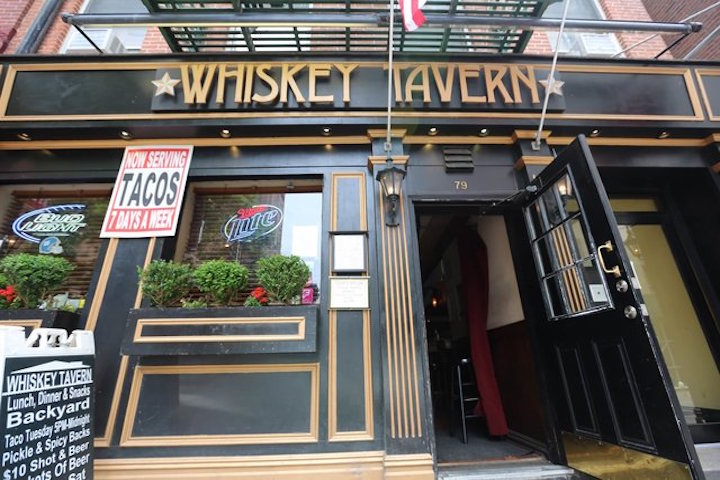 While not usually known for its bar scene, Chinatown is still home to respectable Happy Hour choices, such as Whiskey Tavern. The bar serves cocktails like the Downtown Tea (raspberry vodka, triple sec, iced tea and lemon) and has six on-tap brews. Be sure to try their signature drink, the Spicyback—a whiskey shot with a pepper-infused pickle-juice chaser. Enjoy the acoustic sounds of local musicians on Wednesday nights, or make use of the outside area for a relaxed setting to hang out with coworkers. Drink specials include $1 off domestic beers, $6 cosmos and apple martinis, and $12 pitchers of Miller Light. Location: 79 Baxter Street 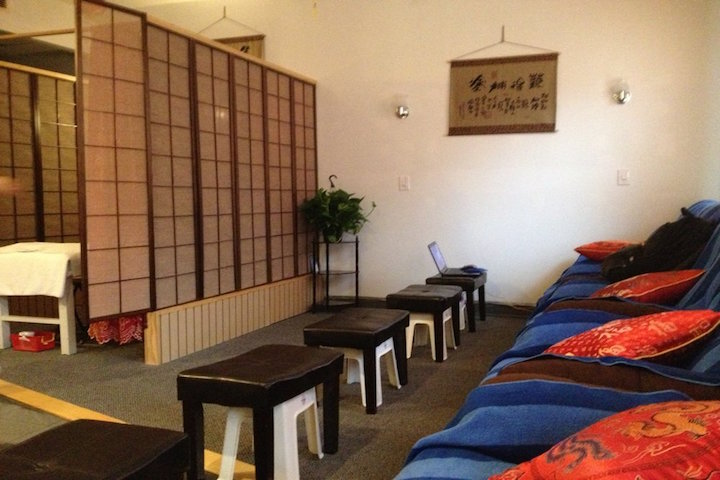 If there is one thing that Chinatown has plenty of, it’s express massage parlors. If you’re looking to relieve some tension and relax for a while, Zu Yuan has set itself apart and made a name as the best establishment in the area. Zu Yuan provides a clean and inviting space and the employees are friendly and attentive. People who choose to visit Zu Yuan are rewarded with a respectable massage that includes perks such as hot stones, oils, and a hot towel — all for a price of less than a dollar per minute. If you need a quick way to escape from your work stress that won’t break the bank, Zu Yuan is the place for you, even if it’s during your lunch break. Location: 48 Mott Street 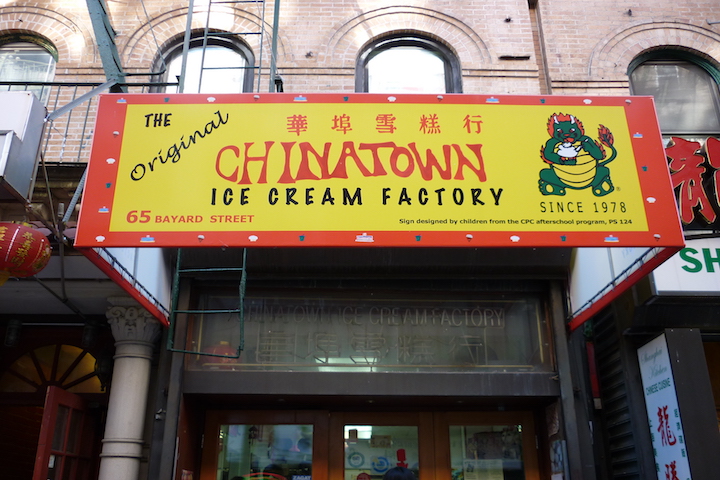 One of the last things you would expect to find in Chinatown is incredible ice cream, but that’s exactly what you’ll get after a trip to Chinatown Ice Cream Factory. Look for the cheerful pot-bellied dragon banner that marks the entrance to this Chinatown scoop shop and step inside to experience flavors that have been attracting customers since 1978. With a menu that consists of flavors along the lines of green tea, black sesame, and avocado, you’ll soon feel like the customary chocolate, vanilla and strawberry are out of place. For those who want a balance of both, try combinations such as a scoop each of the ginger and peach ice creams. More adventurous diners can feast on a sundae, dressed with red bean sauce or lychee topping. Location: 65 Bayard Street

As Atlanta continues to evolve into a hub for innovation and creativity, the demand for flexible and alternative workspaces continues to rise. The city’s robust coworking inventory provides forward-thinking individuals... Read More

Your people are the most important asset in your company, which is why investing in them is so essential. The best way to invest in your employees? Team-building. It encourages... Read More

Neighborhood Highlights: Best Things to Do in Chelsea, NYC [2021 Edition]

Contemplating leasing office space in Chelsea? Or maybe you already work in the area? We’ve rounded up some of the best things to do in Chelsea, NYC for local employees.... Read More